After years of mostly leaving the field to Apple and Samsung, competing Android manufacturers are beginning to get serious about the tablet market again. Cue to the point, the Xiaomi Pad 5. While its predecessors look more like iPad Mini copies, the Pad 5 is going straight for the iPad Air and Pro, with flat aluminum edges, rounded display corners, face unlock support, and an optional Xiaomi Smart Pen that charges magnetically by attaching it to the side of the tablet. The back is equipped with an anti-glare finish. Xiaomi says that the Pad 5 will be particularly great when you want to combine play and work, with its pen and 13MP camera being suited for document editing and scanning and its quad-speaker setup and 120Hz 11-inch screen well suited for content consumption. Netflix also comes as a certified pre-installed app, meaning that you should be able to watch movies and shows in the highest available resolution.

After introducing the Mi Smart Projector Pro 2 back in March along with the Mi Band 6 and the Mi 11 Ultra, Xiaomi has now revealed the Mi Smart Projector 2, without the Pro moniker. In contrast to its more stationary sibling, the projector is meant to be a portable device first and foremost, offering a Full HD resolution and Dolby Audio support (two 5W speakers) packed into a transportable plug-and-play format. Smarts like automatic keystone correction for perfectly rectangular 60 to 120-inch projections and autofocus capabilities underline that portability theme. The projector is running Android TV with Google Assistant built-in, so all the usual smarts like Chromecast are supported — and Netflix is also on board as a pre-installed app. In the box, you'll find the 1.3kg heavy projector itself alongside a Bluetooth remote and a power adapter. The projector features an HDMI 2.0 port, a USB 2.0 connector, and a 3.5mm audio out port. It connects to the internet via Wi-Fi. At 500 ANSI lumens, the Smart Projector 2 is definitely on the lower end when it comes to brightness, but such is the trade-off when you want a portable device.

The projector is available from €599. 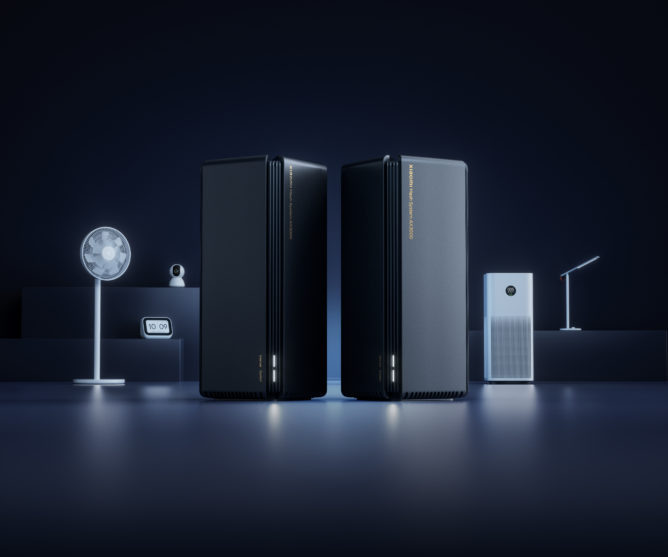 Last but not least, Xiaomi has its latest mesh Wi-Fi system on offer, the AX3000. A two-pack is supposed to offer dual-band Wi-Fi 6 coverage for up to 4,000 square feet and is theoretically capable of connecting up to 254 devices at once — perfect for smart homes with tons of Wi-Fi-connected IoT gadgets. If you prefer to hook up your PC via a LAN cable, each access point has 4 gigabit ports. The system is controlled via the Mi Home app.

The 2-pack routers come pre-paired together. It starts at just €149. There's also a 1-pack version for €79 if you just want to extend your existing network.

Correction: The article previously stated that the Pen was included with the Pad 5. That's not the case. We regret the error.