Xiaomi is the latest tech giant to jump on the smart glasses bandwagon. Its concept uses advanced "microLED optical waveguide technology" to display incoming messages, notifications, translate text in real-time, and more right in front of your eyes.

The intriguing display technology also allows for a compact screen with higher brightness levels, deeper blacks, and a higher pixel density than traditional LCD and OLED panels. The result is a monochrome display — about the size of a grain of rice when viewed under a microscope — that can reach peak brightness levels of up to two million nits. Its image is projected onto one of the glasses' lenses using a grating structure. As for the display chip, it measures 2.4mm x 2.02mm.

All of this helps keep the weight and size of the smart glasses in check, with Xiaomi claiming they weigh only 51g. 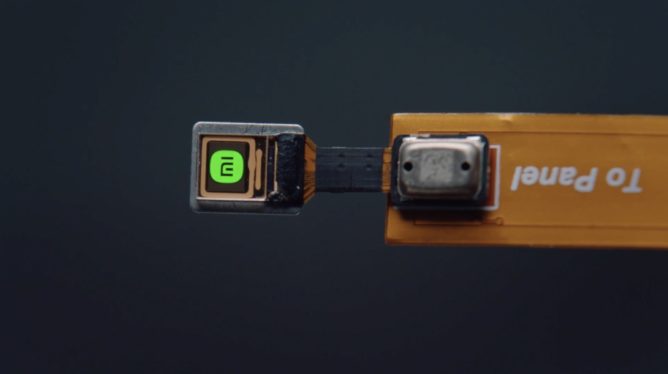 Xiaomi uses a quad-core ARM chip with Wi-Fi/Bluetooth connectivity and runs a customized version of Android on the smart glasses, which also come with dual beamforming microphones and a speaker to deliver clear call quality.

On the imaging front, the Xiaomi Smart Glasses feature a 5MP camera that can take photos, translate text before one's eyes, and transcribe audio into text. For privacy reasons, an LED indicator at the front will light up when the camera is in use. In total, the wearable consists of 497 components despite the light form factor.

Xiaomi makes it clear that they are not meant to act as a "second screen" for smartphones. Instead, they can be used for navigation, taking photos, real-time translations, and more, even when not tethered to a smartphone. The company's XiaoAi smart assistant helps you interact with the glasses.

When connected to a phone, Xiaomi has optimized the smart glasses to display the most relevant notifications from smart home devices, important contacts, and so on, instead of just mirroring all notifications.

Sadly, the Xiaomi Smart Glasses are only a concept, which means it's unlikely the company will ever put them on sale. Of all the smart glasses we have seen so far, Xiaomi's offering probably looks the most impressive, so here's hoping a similar product will come to market at some point.