Oh boy, it sure is a great day for people who like mobile phones. Apparently there's some kind of big announcement going on in California, which a few people might be vaguely excited for. But I doubt anyone really cares about that: there are new Pixel 6 leaks to talk about!

First of all, 9to5Google has a look at what the front of the Pixel 6 Pro will (probably) look like. While Google itself has spilled the beans on the Pixel 6 and 6 Pro, it's been very careful to only show the rear of the devices so far. What looks like a promotional PNG is our first glimpse of the screen, showing off a new centered hole punch camera (as opposed to the left-side cams of the Pixel 4a and 5 series) and those fancy new Material You widgets. The shading on the promo image seems to imply a curved glass and tiny bezels on the 6.7-inch display. 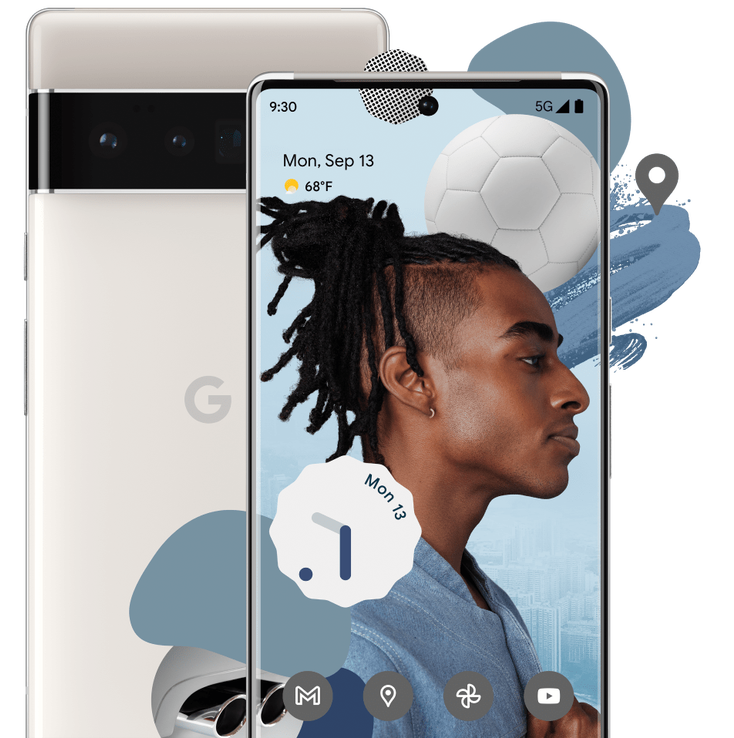 On top of all this, XDA apparently has an inside line with person or persons unknown, who have their hands on the Pixel 6 Pro itself. According to their report, here's a set of specifications that Google hasn't revealed yet:

XDA's Mishaal Rahman is a reliable source, and frankly we don't think he'd print any of this if he wasn't sure. You can expect the smaller Pixel 6 to have many of the same specs, with (obviously) a smaller screen and possibly less high-end cameras. With an announcement (if not a release) no more than a few weeks away at this point, we should start seeing dramatic Pixel 6 leaks on a more regular basis.