Captioning and transcriptions are handy things to have, but have been hard to come by for the longest time. Artificial intelligence has provided us with auto-generated transcriptions with some voicemail apps, captions on YouTube videos, and with almost anything with Google can put its fingers on. But if you've fallen through the gaps with all of these services and use WhatsApp, you might have a nice surprise to look forward to soon. 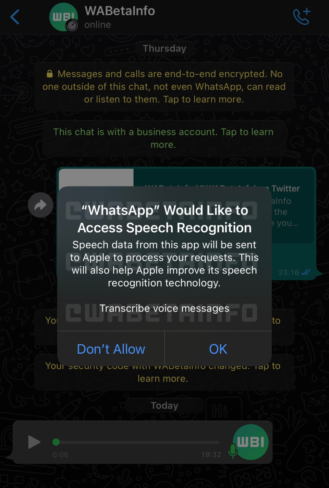 WABetaInfo has picked up on a new integration — still pre-beta — that allows WhatsApp to tap into iOS's speech data processing to generate a transcript for voice messages. Data gets sent to Apple, not Facebook, which owns WhatsApp, and the timestamped transcription that gets spit out is stored on the device. 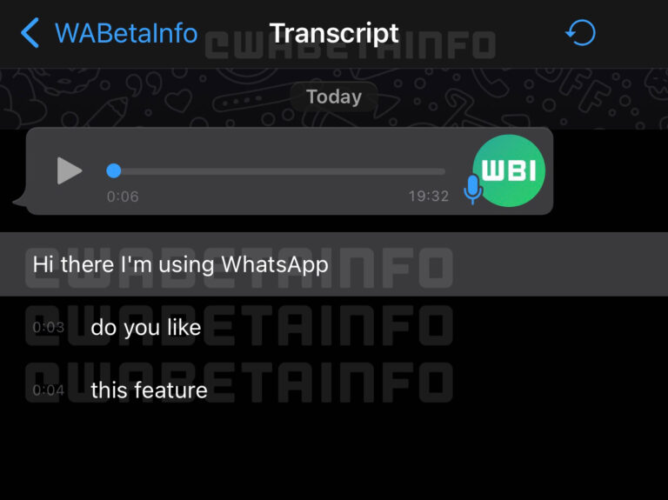 It would be handy to have the same thing done on the Android side without having to rely on the separate Live Transcribe app, but it seems as though Facebook and Google would have to work something out with each other. No sign of that (yet).