Just over a year ago, Microsoft launched the Surface Duo, its first Android phone. In some ways, the Duo was one of the most ambitious Android phones in the world with its unique dual-screen design. On the other hand, it was lacking some key features you'd expect from a $1,400 phone, like NFC, the latest ARM SoC, and a big battery. It also launched with Android 10 in the immediate aftermath of Android 11's release. Surely, that would just be a temporary issue, right? Well, here we are a year later, and the phone is still on Android 10.

It's not uncommon for phones to launch on old software in the months after a new version hits, usually with the promise of a quick update. Microsoft, however, has let the Duo languish on Android 10. It has released security patches, which is nice to see. I would consider this a minimum level of support, though. I'm not trying to imply that Android 11 is a dramatic improvement over 10. However, keeping its flagship (and only) phone up-to-date would demonstrate Microsoft's commitment, and that's something I for one need to see before I can recommend Microsoft's phones. 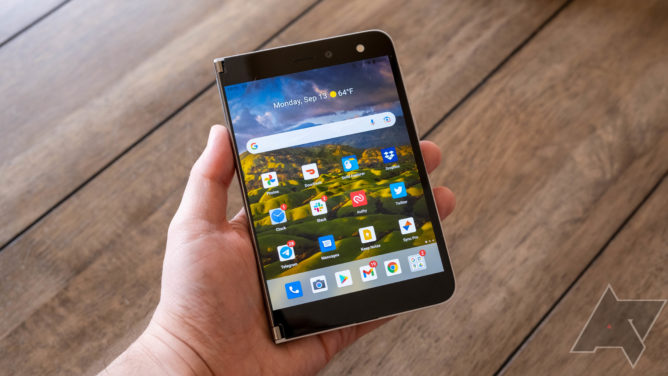 Microsoft is a company with a long, long history of poor commitment to its mobile products. It abandoned Windows Mobile for Windows Phone, and then it abandoned that for Windows 10 Mobile. It also launched and then killed the Kin pseudo-smartphones in there someplace. More recently, it ditched Windows 10 Mobile for Android. Many of us thought back then: maybe this time Microsoft will be able to have some impact on mobile technology. It didn't have to make the software from scratch, and it didn't have to convince developers to get on board with a new, untested platform. Even with those advantages, it's almost like Microsoft doesn't care about the Duo. It's more than a year old, Android 12 just weeks away from launch, and Microsoft's phone still runs Android 10.

And let me tell you, if there's a phone that could use a major update, it's the Duo. I have not been shy about my love of foldables, and one of the primary reasons is that they finally make true multitasking viable on a phone. I could theoretically do some of the same things on the Duo with its twin displays, but the experience is fraught with bugs. Apps crash, UI elements disappear, navigation stutters and glitches—it's not in a good state, and it's only improved slightly since launch. 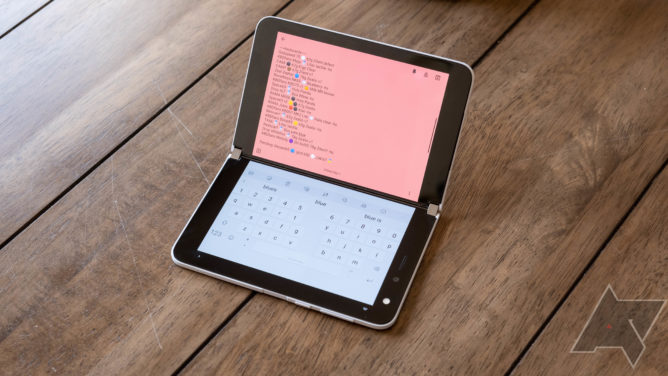 Microsoft's only response to the Duo's increasingly poor value proposition is lowering the price. In fairness, it has dropped substantially from the original $1,399.99 price to just $699.99. And yet, I don't think this is even close to the best 700 bucks you can spend on an Android phone. The switch to Android was another opportunity for Microsoft to show that it has mobile ambitions, and thus far, it has failed to live up to our expectations. Everyone else selling phones in this price range can keep up. Why not Microsoft? We reached out to Microsoft to ask about the lack of Duo updates, and we were given a good old "no comment." 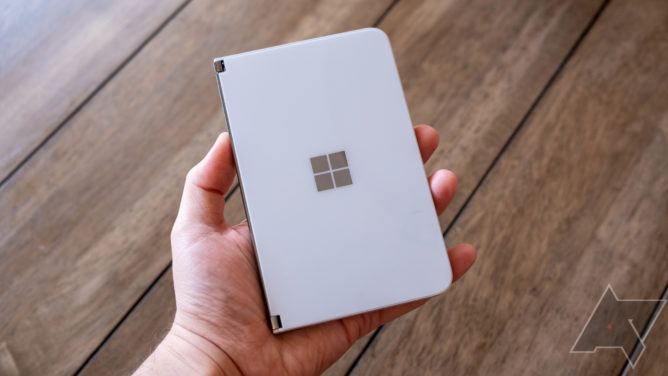 We are expecting Microsoft to unveil the Duo 2 in the coming weeks, and history is repeating itself. Android 12 is about to launch, and I'd be surprised if Microsoft releases its new phone with the latest OS version. Without any sort of promise of update support, I'd be hesitant to buy one. Fool me once, shame on you. Fool me twice...

You'll soon be able to buy T-Mobile, Metro, and Magenta service at Walmart