Samsung's newest folding phones may not be quite as expensive as prior generations, but they're still very spendy, with the Z Flip3 starting at $1,000 and the Z Fold3 at $1,800. The company's been known to offer remarkably fair trade values in recent years, though, and for these phones in particular, you can send Samsung a staggering four trade-in devices, potentially driving the cost way down. But things can get a little complicated. Here, we get into the nitty-gritty of what every phone is worth to Samsung, and how to get the best value for your trades.

You can currently trade in any of 77 distinct phone models from five different manufacturers: Samsung itself, Apple, Google, Motorola, and LG. The first phone you trade will be worth an "enhanced trade-in credit" of up to $750 toward the Fold3 or up to $700 for the Flip3. The second, third, and fourth devices you trade will generally net you less credit — up to $700 each toward either folding device. (You can trade in devices with cracked screens, too, but they'll obviously be worth less.) 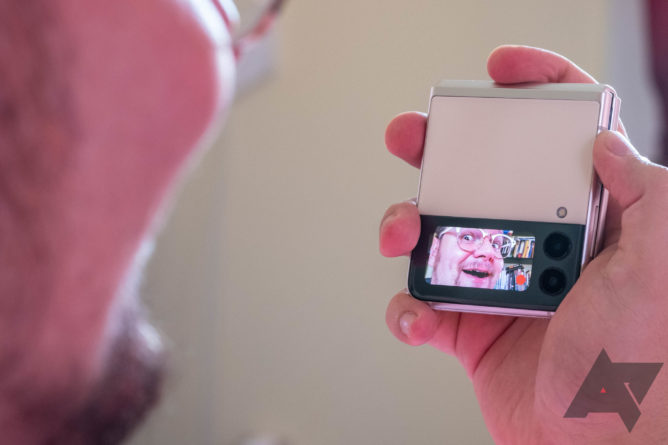 While the maximum number of devices you can trade is four, Samsung will only keep taking trades up to a "maximum trade-in credit value" of $100 shy of either phone's MSRP — that's $1,700 for the Fold3 or $900 for the Flip3. So if you have two or three phones that hit that ceiling, that's all you can trade.

Here's a table of the values the company is currently offering for every phone it'll accept. (Eagle-eyed readers may spot some irregularities here; we'll get to that in a bit.)

As you can see, while normal pricing is consistent, the enhanced prices Samsung offers vary depending whether you're trading for the Fold3 or Flip3. Some differences make sense: the Samsung Galaxy S21 Ultra will net you $750 in credit toward a Fold3, but only $700 toward a Flip3. Considering the former is much more expensive, that checks out.

There's a number of phones Samsung will pay more for when you're getting a Flip versus a Fold.

Other differences are more bizarre. For example, at enhanced prices, the first-generation Galaxy Z Fold will get you $650 off a Fold3, but only $350 off a Flip3. That's quite the discrepancy. Even weirder, its normal value — that is, what Samsung will offer for it when it's your second or later trade — is $500, meaning if you take the "enhanced" price for your original Fold when trading for a Flip3, you're getting a considerably worse deal.

There's also a number of phones Samsung will pay more for (in enhanced value) when you're getting a Flip versus a Fold, despite the Flip being less expensive to begin with. Some of the biggest differences include the Galaxy S8 and S8+, which are worth $100 and $150 toward a Fold3, respectively, but $350 toward a Flip3 (the S7 Edge, S7 Active, S8 Active, and regular Galaxy S7 are all in the same boat). Every single Pixel device is also worth more toward a Flip than a Fold. Case in point: the smaller Pixel 3a will get you a whopping $350 off as your first trade toward the Flip3, but only $150 off a Fold3. 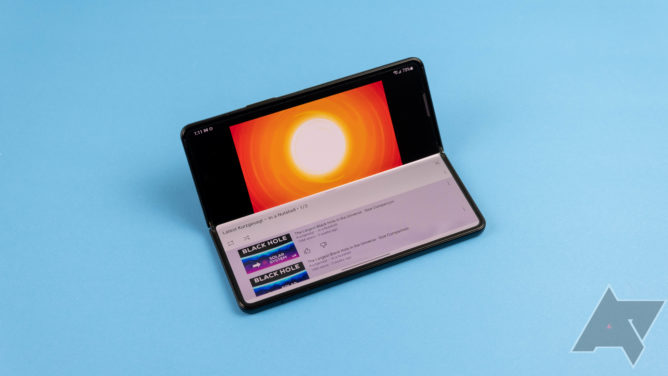 "The first foldable that I can wholeheartedly recommend... just not to everyone." Read our Galaxy Z Fold3 review.

The most valuable trades are an S21 Ultra or Note20 Ultra toward a Fold3: each is worth $750 in enhanced credit. The least valuable? An LG G8 with a busted screen, for which Samsung will pay all of $12 when it's your second, third, or fourth trade-in. Still, beats recycling it for free or keeping it in a drawer forever.

Samsung is also offering half off a pair of Galaxy Buds2 when you buy either phone. Hardly a reason to plunk down thousands of dollars, but hey, a bonus is a bonus.

It may also be worth reevaluating which folding device you're going to buy based on which phones you already have. If you've got a first-generation Fold and a Pixel 3a, trading those two devices in (Pixel first!) will get you $850 off a Galaxy Z Flip3, bringing the cost of the phone down to $150. The most valuable combination of those two phones toward a Galaxy Z Fold3 is $700 off, which still leaves you with an $1,100 tab. 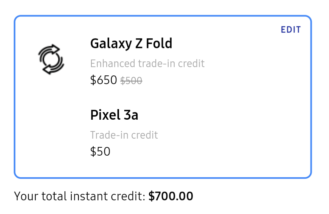 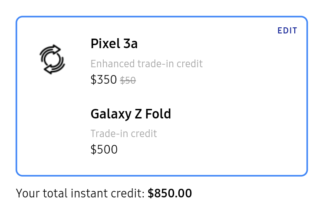 Whichever phone you're planning to get, make sure you play around with the trade-in tool and see which permutation of your phones is worth the most. Samsung cautions that you should "Enter your more expensive and/or newer trade-in devices first to maximize your trade-in credit with the enhanced trade-in value," but that's not necessarily always the case.

Hit either of the links below to grab one.

12 new and notable Android apps and live wallpapers from the last two weeks including KONTXT ...

Pixel 6 thoughts: It's all about that telephoto