The company says a variety of factors play into the delay including the ongoing coronavirus-induced struggles in the supply and production chain — the most acute of those being with computer chips. Incurring costs associated with those issues would have not been compatible with a lower-price market strategy which is what TCL wanted.

"TCL remains committed to investing in flexible display technologies," said Stefan Streit, chief marketing officer for TCL, "and is closely monitoring the market to determine the best time to launch a foldable smartphone."

The decision to hold was made prior to the Flip3 announcement — though intelligence about the product had been circulating for months before August 11. There has never been a firm timeline as to when a foldable would go public, despite the many teases we've reported on at trade shows over the years.

The phone is the subject of a precious few editorial videos going out on YouTube today — indeed, there were precious few review units to go around and they featured far-from-finished software. Michael Fisher of Mr. Mobile mentions Chicago's plastic-driven build with aluminum framing and speculates a potential go-to-market price between $700 and $900, undercutting the Flip3's $1,000. 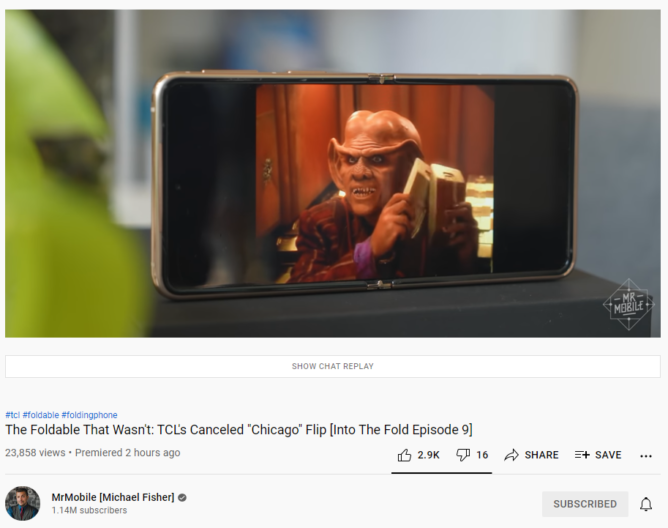 The questions remain for TCL whether it can come out with a more affordable foldable phone than incumbent Samsung — which has unmatched R&D heft and production scale in this specific space — and, if not too late to be eagerly adopted, when?