Vivo has just announced its new X70 series, composed of the eponymous X70, X70 Pro, and X70 Pro+. Like the X60, the new lineup uses the new Vivo Zeiss Joint Imaging System and related branding. Specs between models vary, with the Pro+ picking up a Snapdragon 888+ and the X70 and X70 Pro using the Dimensity 1200. The new phones will be available "gradually" in India, Indonesia, Malaysia, Taiwan, and the UAE. 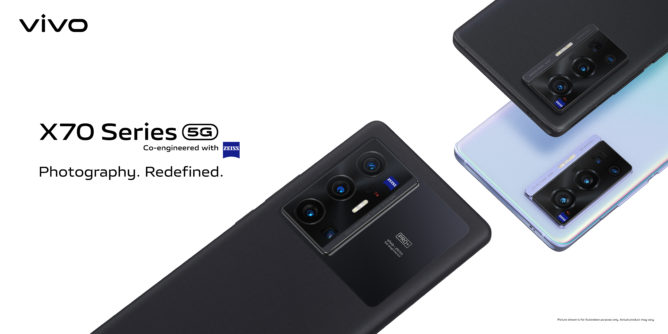 Vivo sadly didn't share full spec sheets with us (which would have been particularly useful for comparing camera specs among the models), but the lineup's flagship is the X70 Pro+. Inside, you've got a Snapdragon 888 paired with an unknown quantity of LPDDR5 RAM, all pushing pixels to a superfluously precise "6.783-inch" WQHD display. Vivo doesn't say the refresh rate, but it tops up its 4,500mAh battery with Vivo's FlashCharge 55W, plus Qi-compatible wireless charging — that's a new trick for Vivo, and it's a pretty stupendous 50W charging, too. It's also IP68 rated, which is another first for the company.

Externally, the X70 Pro+ has a "Ceramic Window," I'm not sure what else that means, but I assume the back is ceramic in some capacity. The X70 Pro+ was also rumored to have a pretty slick camera setup. Though Vivo frustratingly didn't share those full specifications with us in its press release, we know that it has a quad-camera array (50MP, 48MP, 12MP, 8MP) that uses Samsung's big GN1 sensor as its primary, paired with a Sony IMX589 ultra-wide gimbal camera. One of the two remaining units is a folded/periscope-style telephoto. Though the press release doesn't say it, the images attached imply that the primary camera is exceptionally fast, with a positively monstrous f/1.57 aperture — rad if true.

The X70 Pro+ will be available in Enigma Black running Vivo's Funtouch OS 12, which sounds like it should be based on Android 12, but nope, it's Android 11. 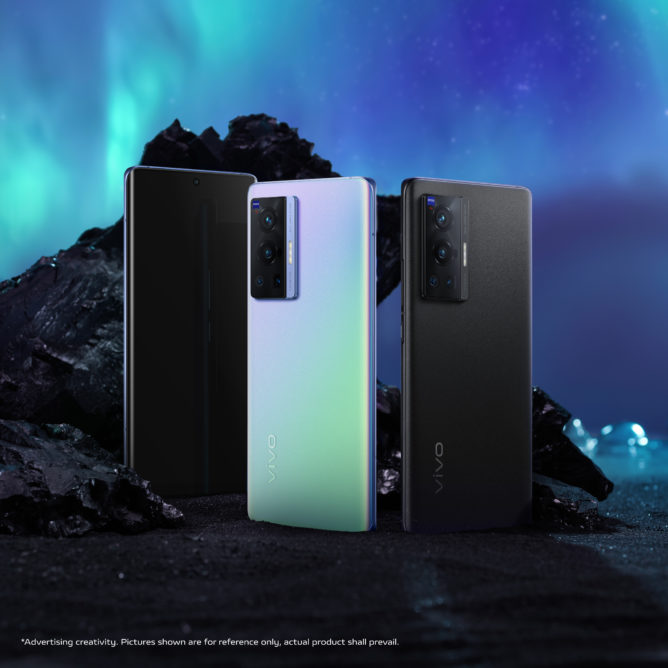 The X70 and X70 Pro are less high-end, both powered by still quite capable MediaTek Dimensity 1200 chipsets with LPDDR4 RAM and UFS3.1 storage. Neither has that snazzy new wireless charging, but they can top up their batteries (4450 mAh for the X70 Pro and 4400mAh for the X70) with a cable using the company's 44W FlashCharge. Displays are a little smaller at 6.56", but Vivo did give us the refresh rate this time: 120Hz. No IP rating, though.

On the camera front, these two phones vary. The X70 Pro has a quad-camera setup (50MP, 12MP, 12MP, 8MP), and Vivo is happy to tell us that it uses an "Ultra-Sensing Gimbal Camera coupled with Gimbal Stabilization 3.0 technology" with 5-axis OIS and enhanced EIS, but no other useful camera details were included. The same goes for the X70, which has a triple-camera setup (40MP, 12MP, 12MP), gimbal fun-times, and other indeterminate specifications. (I'm sure all of the missing specs will end up being fine, it's just frustrating the company doesn't want to talk about them in its press release.) On top of that, you can expect Vivo's Funtouch sauce, version 12.

Dates for availability and prices will vary by market. If you're in the US, like most of our readers, you won't get to enjoy it at all — it's not coming here.