We learned on Monday that RedMagic's latest gaming phone is coming to the US, Canada, and most of Europe on September 27th. RedMagic might not be a household name, but the company has been releasing purpose-built gaming phones in the West for a while now, and each iteration brings something new, and this is especially true for the RedMagic 6S Pro, all thanks to the new Ghost model that offers a transparent back and an RGB illuminated internal fan. This is one slick-looking device, and while the gamer aesthetic might not appeal to everyone, it's nice to see RedMagic leaning into the niche market of gaming phones with a flourish. 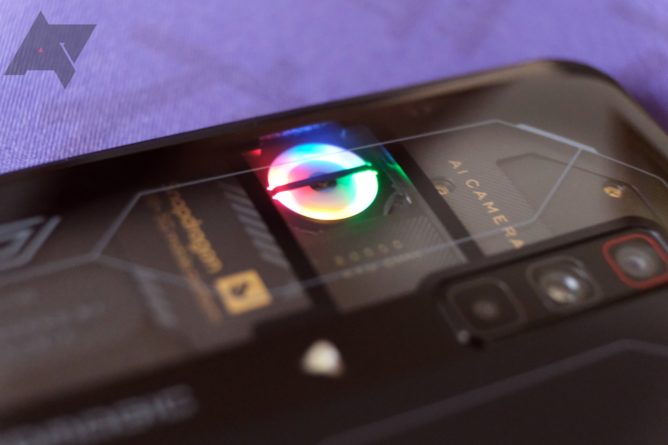 LEDs shining within the clear case

As you can see, the fan inside of the RedMagic 6S Pro Ghost model lights up with RGB LEDs. These LEDs are static, so the colors don't spin with the fan, but it still makes for a striking highlight. Of course, you wouldn't be able to see the fan if the rear of the case wasn't clear, so the Ghost model is appropriately named, and perhaps other manufacturers will take note since the result looks great.

Keep in mind there are three separate models for the 6S Pro, two black Cyborg models that offer 12GB RAM and 128GB storage or 16GB RAM and 256GB storage, ranging from $599 to $699. Then there is the Ghost model that I'm highlighting today, which also offers the high-end 16GB RAM and 256GB storage, but you also get the transparent rear with the RGB fan, which is why the Ghost model will retail for $729, slightly more than the high-end Cyborg model that offers the same specs. So if you're looking to show off with a unique design for your next Android device, the Ghost model is indeed a stunner, but it will cost you. 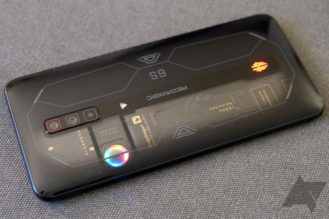 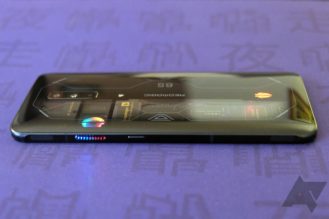 The entire back is clear, with a cutout that runs up the left side for a window to the internal fan

As far as specs go, the RedMagic 6S Pro offers a slight upgrade over the RedMagic 6, thanks to the addition of a Snapdragon 888+ (replacing the standard 888), a higher touch-sampling rate, a new fingerprint sensor, and a new touch zone on the back of the phone that can be programmed for gaming controls. This means performance is pretty much the same between the 6 and 6 Pro, with a slight boost in the Pro from the 888+, and if you are interested to see how the 6 stacked up, you can check out my review from May. For the most part, RedMagic devices offer competent hardware that struggles on the software side, so its devices are best for those looking to primarily game with their phone more so than someone who requires bug-free software for daily work. 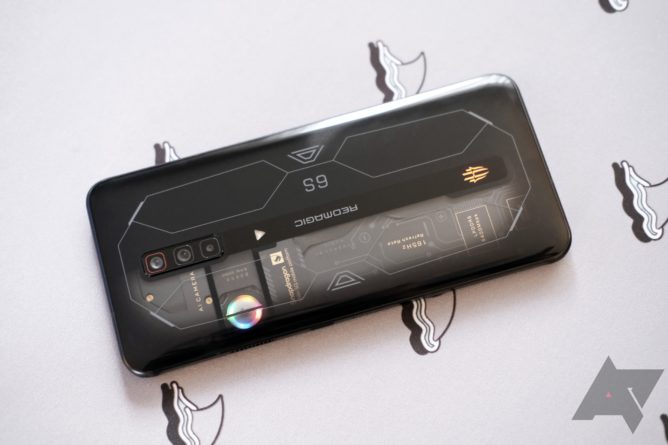 Such a cool design, more phones should have clear a back

Still, despite RedMagic's known flaws, the Ghost model for the RedMagic 6S Pro is easily one of the more striking gaming phones to hit the market to date. It's expensive at $729, but nobody ever said looking fashionable would come cheap.