Industrial Toys is working together with DICE to create a Battlefield game for mobile. This will be a standalone game, and Electronic Arts has made it clear that this mobile interpretation will be completely different from the core console and PC versions. Currently, we know the game is entering a testing phase per today's announcement, though Battlefield's mobile version won't be officially released until sometime in 2022, so it's still a long way off.

Details are still extremely light, so we don't know much about the upcoming Battlefield mobile game, though EA has trickled out a couple of details. The company states that the game will offer a fully-fledged, skill-based experience for on-the-go play. We also know the game is in testing ahead of next year's launch.

Sadly EA, DICE, and Industrial Toys have nothing to show right now, which isn't uncommon for mobile games, but it sure is disappointing all the same. It's clear today's mobile announcement takes a backseat to the new console and PC game that was also announced today (for the upcoming holiday season), but it sure would have been nice to at least see a few screenshots of the mobile title. More details will surely be revealed as development moves forward, so stay tuned as this story is far from over.

The last time we heard about Electronic Art's upcoming mobile shooter was back in April, And EA had nothing to show at the time despite announcing some early testing. Well, it would appear the studio is preparing a larger round of limited playtests for Battlefield Mobile this autumn. So a fresh Play Store listing is available, not that pre-registration or downloads are possible in the US. At the very least, there are five screenshots within the new Play Store listing and a description of the game, providing a few insights. There's also a new FAQ available on EA's website.

Fans can expect both new and old maps, along with staples like gadgets and vehicles. Large-scale environmental destruction will be on offer, and you'll be able to choose between four classes; Assault, Support, Medic, and Recon. Battles will be squad-based, all in first-person. A range of game modes is expected, and online multiplayer is a given. We also know Battlefield Mobile will be free-to-play, so it will offer in-app purchases, though how bad this monetization will get remains to be seen. 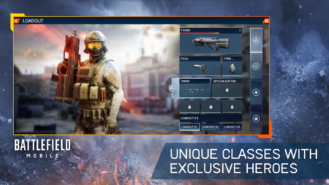 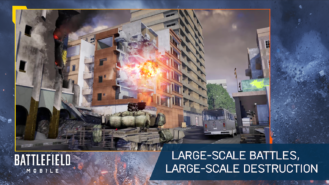 Testing will start to roll out this autumn, starting with Indonesia and the Philippines, to then roll out to more regions when EA is ready. If you'd like to throw your hat in the ring for access to any upcoming regional testing, you'll have to pre-register, which will more than likely be available through the Play Store listing in the regions that will offer testing. We've also learned that a persistent internet connection will be required to play and that EA will wipe player data after the testing phase ends. 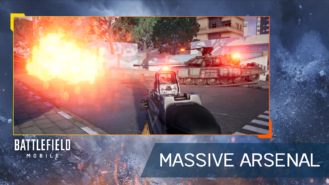 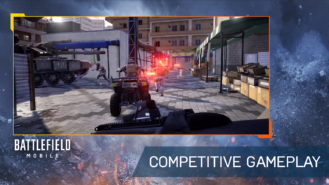 So there you have it. We have our first look at Battlefield Mobile, thanks to a few screenshots on the new Play Store listing. The game looks fine, and since Industrial Toys are handling development with a lead that previously worked on the Halo franchise, a founder of Bungie, there is a chance things could be balanced well despite the free-to-play design of this always-online game. So there's a possibility Call of Duty: Mobile could soon have some stiff competition whenever Battlefield Mobile officially lands in 2022. So here's hoping EA doesn't screw this up.