Google's introduction of the branded YouTube Music service, and its shutdown of the older Google Play Music service, hasn't been all that smooth. But apparently it's been profitable. Google's Global Head of Music for YouTube, Lyor Cohen, says that the service now has 50 million subscribers across the various options.

That includes subscribers of standard YouTube Premium ($12 a month, which has ad-free viewing and downloads of standard videos, plus YouTube Music content), YouTube Music Premium ($10 a month, but you don't get ad-free or downloading on non-music content), and those who are currently giving either service a trial. So it's technically correct to say that 50 million people have signed up for YouTube Music's premium service ... but identifying how many of them are actually using those Music features is a lot harder.

Gee, some kind of user breakdown would be really helpful. 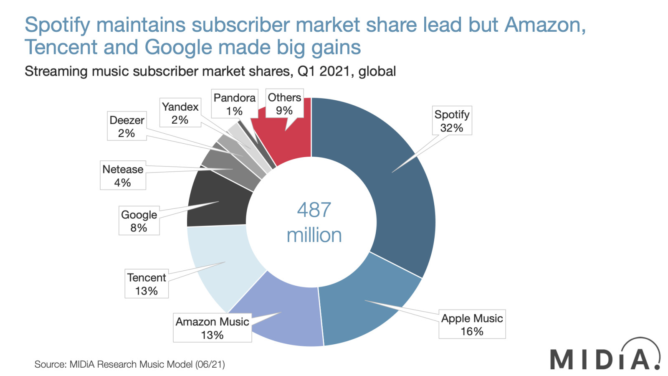 Cohen did say that YouTube Music is the fastest growing music subscription service, and cited a Midia Research report for proof. On that same report, Google currently claims 8% of the worldwide market share of just under half a billion subscribers, with Spotify, Apple, Amazon, and Tencent all coming out ahead. Google is in front of Netease, Deezer, Yandex, and Pandora, but the myriad sites too small to grab even one percent of the market make up 9% collectively.

Here it's worth pointing out that YouTube Premium and YouTube Music Premium are available in over 90 countries, no doubt helping to build faster growth than it might otherwise have. The Midia Research report indicates that it's making massive progress in crucial emerging markets, as well as with the growing Gen Z subscriber audience in general.

Gmail gets a glow up with Material You update