The closer we get to the official launch of Android 12, the more apps are starting to pick up Material You. Gmail is next on the list, finally giving one of Google's most prominent services some long-awaited dynamic theming.

Unlike some of the other themed apps we've seen, Material You touches nearly every element of Gmail. From the backdrop to the search bar and icons for empty menus, the app now sports a new monotone look that seems destined to be divisive. However, depending on the colors it's pulling from your wallpaper, it can look quite lovely and understated. 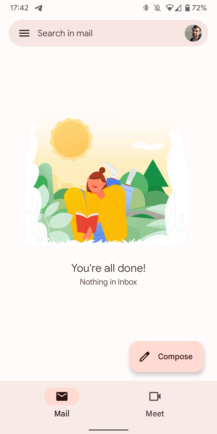 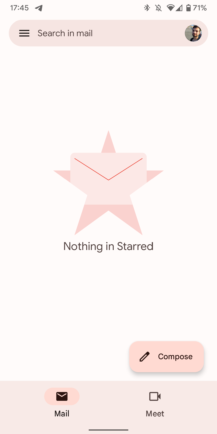 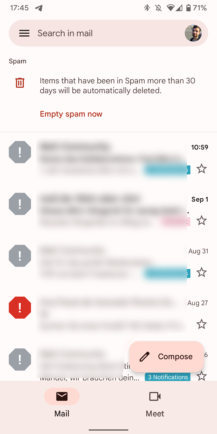 Even the Starred logo can detect your current theme.

It's not just individual menus that contain a new splash of color. The sidebar to the left of the main page, the search menu, and even Gmail's Meet integration all feature dynamic theming, pulling various shades from a single primary hue matching your device's background. 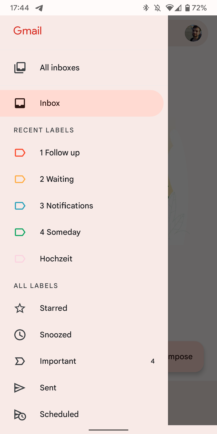 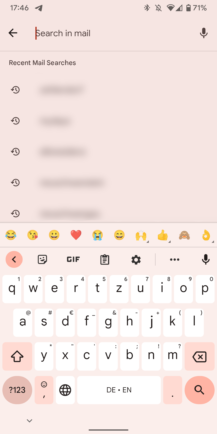 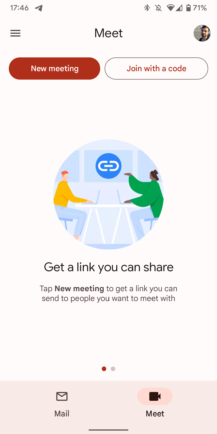 Certain icons, like the send button and the meeting tags for video calls, match their respective colors with darker shades, which help them stand out beyond the backdrop. Unfortunately, emails with white image backgrounds like the example below can't join in the fun, but the rest of the interface remains highlighted. 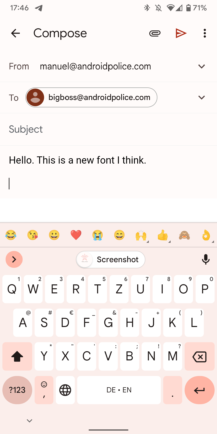 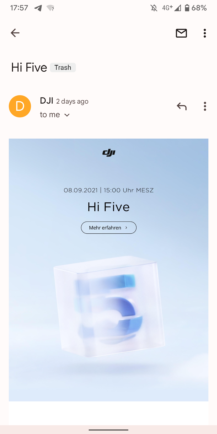 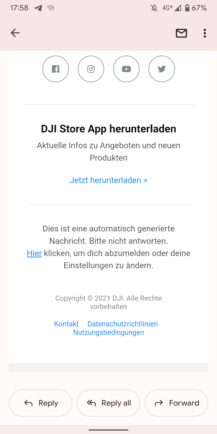 It does seem like Google missed a spot when dousing Gmail in color: the settings menu. It's looking as plain-looking as ever, standing out like a sore thumb compared to the rest of the UI. Hopefully, a future update before Android 12's stable launch will clean it up so everything matches correctly. 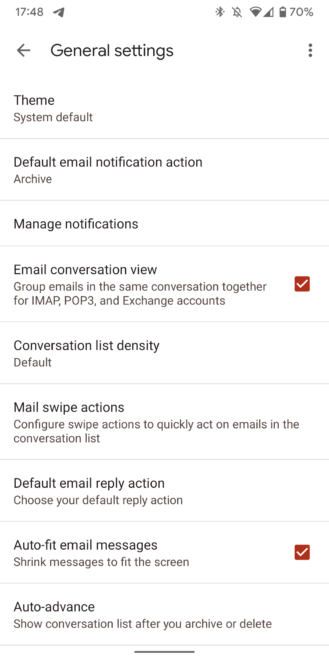 Material You is coming to Gmail's most recent update on devices running the latest beta, but as with most of Google's server-side updates, it's not available as of yet. If you're feeling lucky, make sure your app is updated with the Play Store link below or grab the APK from APK Mirror.