Although it's not as flashy a brand as Google or Apple, Jabra has quietly been making some of the best wireless earbuds you can buy today. Over the last few years, the Elite 65t, 75t, and 85t sets have proven to be excellent daily drivers, all without being tied to a single operating system. Jabra announced three new pairs of earbuds today to choose from, with prices starting as low as just $79.

If you're after a quality pair of buds for as low a price as possible, the Elite 3s are for you. For under $80, they feature 6mm speakers and four microphones for taking calls with crystal clear sound quality. Jabra's headphones are usually comfortable, and these should be no different — plus, they come in a bunch of colors, including blue, grey, beige, and lilac. The buds will last seven hours on a single charge, with 28 hours of total playback with the case. These are cheap enough to top most of Jabra's own sales on its buds, making them a must-own if you've been curious about the brand. For those looking for a new set of high-end wireless earbuds, the Elite 7 Pro and Active are excellent — if pricey — options as well. The Pro buds offer the best of the best, with a body 16 percent smaller than the Elite 75t. Along with ANC, Jabra's new MultiSensor Voice technology includes a built-in bone conduction sensor alongside four microphones to improve call quality over its last-gen headphones. A voice pick-up sensor separates you from your environment, while bone conduction uses the vibrations from your jawbone to add clarity to the call. The Elite 7 Pro earbuds offer nine hours of playback on a charge with ANC enabled and 35 hours total from the charging case. That's one of the best battery ratings we've seen on any earbuds outside of Sony's XM4s — we'll have to wait and see if it holds up in daily use. They'll cost $199 when they go up for sale next month. 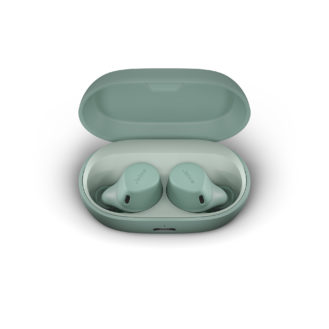 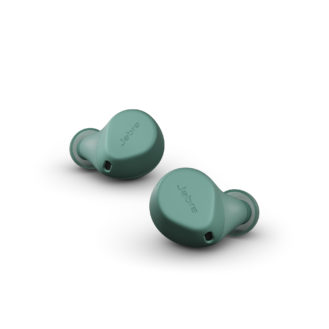 While the Elite 7 Active set might look similar to its Pro-series cousin, Jabra has included a new liquid silicon rubber coating called "ShakeGrip." It should keep the buds in your ears without the need for wingtips. They also feature a mesh over the microphones to keep wind noise down during outdoor phone calls. At $179, they're just a touch cheaper than the high-end Pro series, all while keeping ANC and the same nine hours of playback time.

The Elite 3s can be purchased beginning tomorrow, while the Elite 7 Pro and Active series will launch on October 1st. Despite an ever-crowded field for earbuds, Jabra is a mainstay in this market. If these buds are as good as they sound, it's going to get even tougher to pick out your next set of wireless headphones.

If you saved $15 on Amazon yesterday, don't forget to save another $15 today