Amazon's Fire Tablets aren't a dime a dozen but they're pretty close. However, after 11 generations with little change between each of them, the corporate behemoth may be itching to grow its customer base. Case in point, the new Fire HD 10 stars in an optional bundle featuring a keyboard cover and a Microsoft 365 subscription. So, can you use a Fire tablet — the most commoditized of its type and greatly popular for casual use — for work?

I've been testing the Productivity Bundle — which includes the tablet, a keyboard folio, and 12 months of Microsoft 365 (the subscription auto-renews) — for review. Not everyone needs the whole kit and kaboodle, but some buyers could find it lives up to its name. 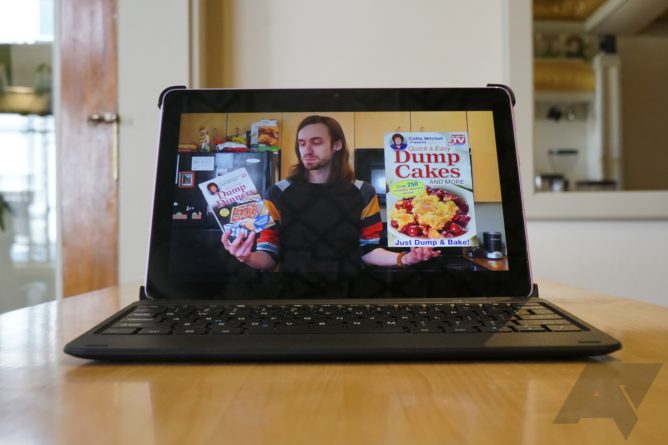 The most important part of a tablet is its display, and I found the Fire’s to be adequately bright and colorful for its caliber. Soft-touch plastic rules the back. Don't get too attached to your color of choice because it will be obscured by the folio's gray, rough, crosshatched pattern which collects sediment easily. 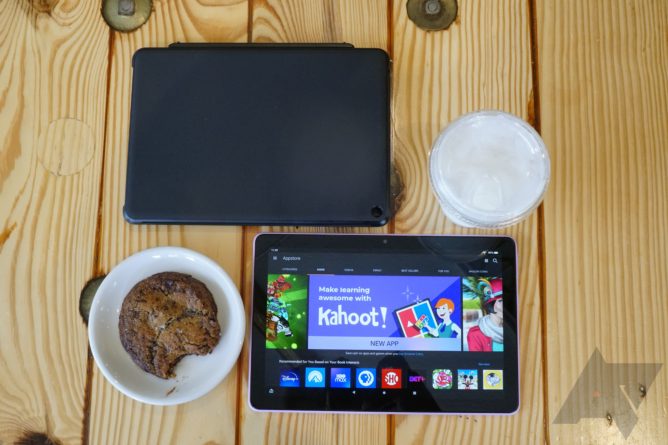 Amazon commissioned this case from manufacturer Fintie specifically for the device, so it fits the tablet like a glove. The hinge is able to fold to approximately 120° from its closed position for those looking to use the tablet like a laptop. For the more adventurous among us, the keyboard can also detach from the folio, making it more of a chunky bumper case for the Fire HD 10. 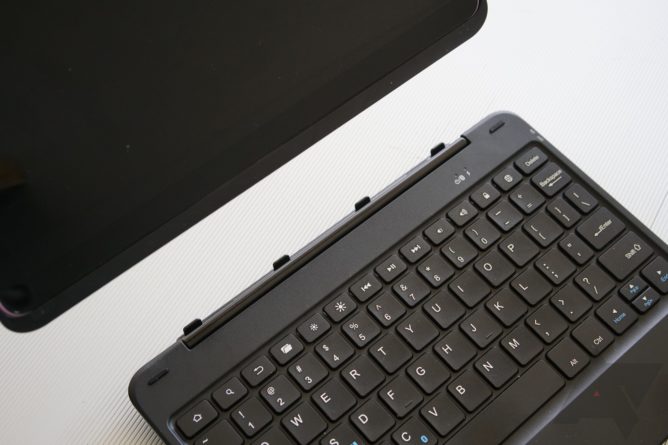 Cut-outs in the case allow access to the volume and power buttons as well as the USB-C port and 3.5mm audio jack; those are all on the right side of the tablet. The top-facing speaker grilles are decently loud enough to break through some cafe noise and have some oomph in the bass. The rear-facing camera is also exposed. The only opening completely covered up by the case is the microSD card slot on the bottom edge. 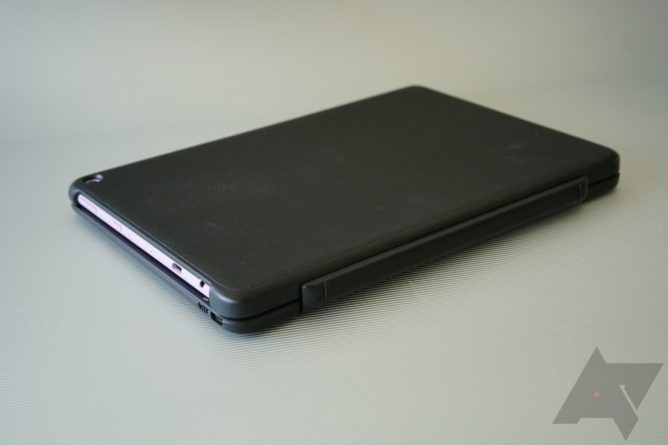 As a person with bear claws in place of human hands, I surprisingly took to this keyboard for a minuscule 10" tablet. It wasn't stellar by any means and I was also at a loss for a trackpad — I kept thumbing for one where it wasn't — but there's not much I can demerit. There's no official indication on how long the keyboard lasts on a charge, but for me, it has survived more than a month with on-and-off use before I decided to just plug it in. 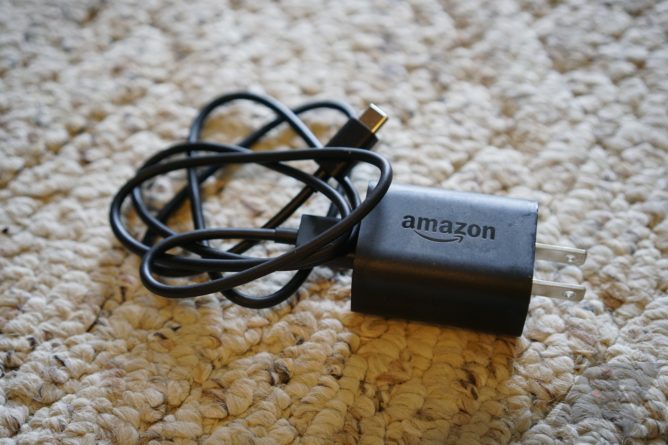 Oh, did I mention the pitiful 9W adapter you get in the box? You can supply your own to get up to the tablet's top supported speed of 15W, so there's some saving grace. Fire tablets seem to remain Fire tablets year in, year out. They provide an in-your-face platform for every Amazon service you can imagine from shopping to Alexa, ebooks and audiobooks to cloud storage, and all the way down to the apps. If you don't pay a surcharge to get rid of the lock screen ads, well, let's just count that as a bonus.

Fire OS is still a locked-down, anti-Google fork of Android. What Amazon can't provide from within its picket fences you can mostly harvest through the Silk web browser. In fact, the YouTube app on offer in the app store is nothing more than a no-frills Silk wrapper. You can also sideload a bunch of APKs from, say, APK Mirror. However, without Google Play services, many apps will fail to work correctly. 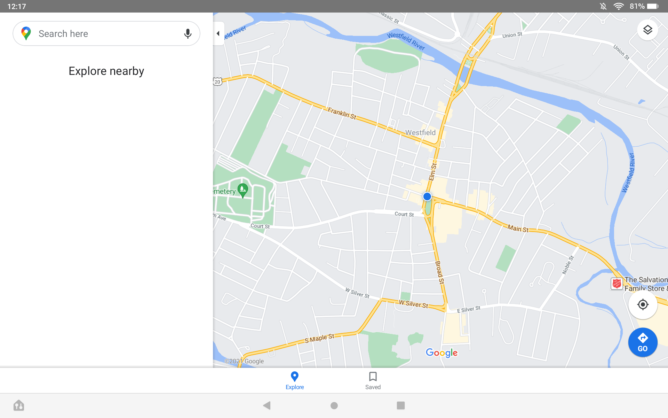 Take Google Maps, for example. The Fire HD 10 is able to send off location via Wi-Fi, so Google definitely knows where you are, but it won't give you any suggestions for local restaurants or shops. You might have an even more difficult affair with alternatives such OsmAnd, seen below. As a person who relies on transit directions, I was left in the dark here. 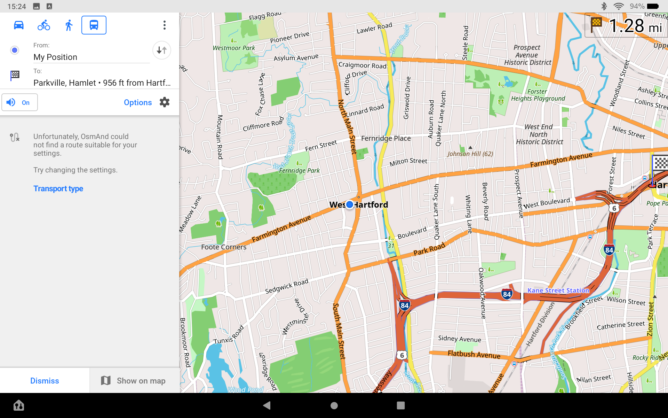 Even worse for me, I couldn't upload files from the Fire HD 10 to my account on the Google Drive website. This makes the free year of Microsoft 365 particularly crucial to selling the bundle. The Office suite of products are predictably reformed and reliable productivity clients and a whole terabyte of OneDrive storage is an exceptionally impressive sweetener. 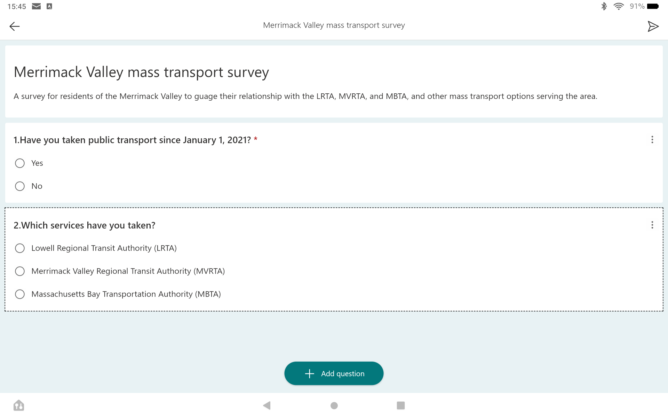 However, whatever horsepower Amazon has opted to stick onto this poor tablet (the Device Info HW app claims the processor to be MediaTek's MT8183 which appeared on last year's Fire tablets), it is not enough for moderately intensive tasks like uploading a picture to Instagram or displaying text as it is put into Microsoft Forms — seriously, I had to wait more than 5 seconds for the words "Massachusetts Bay Transportation Authority" to appear after my last keystroke. It's the kind of sluggishness that makes data entry and stacking presentations even less of a joy than sitting in a drab office cubicle with a PC.

All of those factors have meant I haven't had too much of a reason to use the Fire HD 10 for more than an hour or two at a time and that turned into generous battery life: I get 4 to 5 days of mixed use and tons of standby between charges. Device Info HW indicates that the tablet's cell is roughly 3,500mAh in capacity.

Cameras on a tablet are generally an afterthought and the Fire HD 10 is no exception to this rule. They’ll be good enough for the occasional Zoom meeting or WhatsApp call, maybe even the surprise cat intrusion. Maybe. I sound like a hypocrite with the rating I just slapped down, but if you want or need what each part of the bundle provides, why the heck not? Buy the darn Fire tablet for playing videos or reading ebooks. Maybe you'll use the wireless keyboard with it. Maybe you'll pull it from the folio and use it with something else. That's the magic of Bluetooth after all. The same thing goes with the Microsoft 365 subscription: who said you had to use it exclusively with the Fire HD 10? We're not the Fire OS Police (ha). You might as well use Office on something more responsive.

If you aren’t familiar with Fire tablets, they can provide the same basic functionality as your smartphone on a larger screen. And with Amazon’s brand at the forefront, there are certain things I’d do here that I wouldn’t on most other tablets like read an ebook or watch Prime Video. There’s also a way to port the Google Play Store onto the device (learn more here), but the benefits of that may come with a performance burden and you take them on at your own risk. For the more seasoned among us, well, there just is no twist to it. It’s an Android 9 Pie tablet leashed to a corporate techno-lord that isn’t Google. On its own, it's handy to have around, but isn't missed if it's not.

When it comes to the bundle, I’m plainly unconvinced. The parts don't make the whole that Amazon intended to sell you on: that a Fire tablet is meant for work. But if all this is about driving sales where they don't exist today, the unintended, maybe even perverse incentives each item presents may attract some people. And some's better than none.

Bose steps up to Sony with improved QuietComfort 45 ANC headphones