T-Mobile has been working on expanding both its cellular and retail coverage to rural areas in the country. Some weighty events have helped spread its network out like the merger with Sprint and 5G deployment on 600MHz. As for the brick-and-mortar situation, it appears that the company will be standing on the shoulders of giants Best Buy and (eventually) Walmart.

The self-titled Un-carrier has just launched a full-service presence at a number of Best Buy locations, meaning that customers will be able to activate service, upgrade lines, and the like.

The T-Mo Report notes from the company's investor presentation in March that T-Mobile has plans to be present in about 1,000 Best Buy locations and 2,200 Walmart stores with 1,000 of those in underserved regions. This is in addition to the aggressive build-out of its own-brand and Metro by T-Mobile stores. 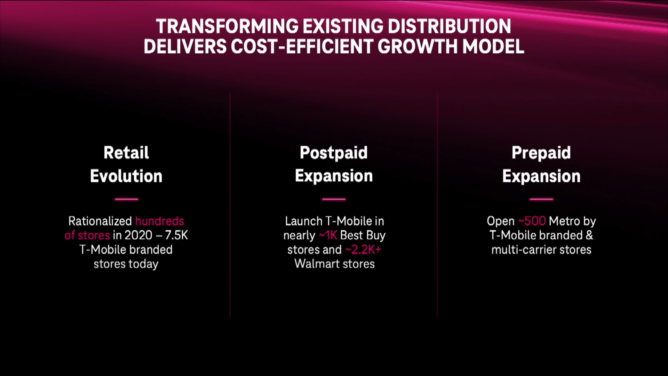 This retail branching project seems to have been in testing since January with Best Buys in New York and Pennsylvania. One Redditor claimed that Best Buy's mobile department will be able to handle accounts across the Metro, Sprint, and T-Mobile brands.

Walmart has yet to widely roll out its T-Mobile presence if it has in any official capacity already. It currently is the exclusive retailer for TracFone MVNO Straight Talk Wireless.

Google Sheets can now auto-suggest the formulas you always forget

WhatsApp voice messages get a new look in the latest beta