There's a reason the above trailer is primarily made up of cinematics. While Netmarble has indeed raised the bar with the launch of Marvel Future Revolution, this isn't necessarily a good thing for gamers. You see, the graphics are indeed superb, with quality cutscenes that actually revolve around an interesting story, but this polish appears to have come at a cost, and that cost is a bucketload of free-to-play shenanigans. I'm talking timed character unlocks you pay for, subscription-based bonus perks, paid hero slot expansions, loot boxes, multiple currencies, and timed costume unlocks. There are a million ways to waste money playing Marvel Future Revolution, and absolutely none of this exists for player benefit. It's repugnant, in all honesty, but nothing new for Netmarble.

Still, despite the blatant greed, there's some fun to be had as you brawl your way through groups of baddies, plus there's an interesting story to unravel, especially if you're a Marvel fan.

Much like Square Enix's Marvel's Avengers, all Marvel characters in Future Revolution offer likenesses separate from the movies, making for a slightly generic look and sound design. Once you get past the new faces and voices, there's a fun story to dive into that explores a world-destroying event where multiple Earths are combined, which is a convenient way to explain why the game's player-filled lobby is stuffed with unending groups of starting characters, like Captain America and Black Widow. Of course, it's nice to see a busy lobby, making you feel as if you are part of a group, similar to other live service games such as Destiny 2. The similarities are hard to ignore, though Future Revolution is tuned for a casual audience, so you can auto-path when in the lobby to get straight to the point, the gameplay.

Once you jump into your first level after the 45-minute forced tutorial, you'll get to explore your character's motives as to why they are helping to bring together all of the planets that have been combined in a horrific catastrophe caused by A.I.M. forces. As you progress, you'll level up your character, equipment, and outfits. A typical setup to ensure there's something to grind for, and of course, there are optional costumes to unlock so that you can show off in the player lobby. Combat is pretty basic. You'll control your character with a digital thumbstick while franticly tapping the buttons located on the right side of the screen to pull off powerful moves. Of course, auto-play is also included, which is suitable for grinding but useless for advancing through the more challenging fights, so the balance seems fair even if you hate auto.

Since this is a free-to-play release, the in-app purchases range from $0.99 - $89.99, and there are a million ways to spend that money. Controller support is only partial. The left thumbstick will work for movement, but that's it. Keep in mind Future Revolution is a large game, so make sure you have at least 6GB of free storage before you try to install it. The graphic options are robust, with settings that range from Very Low to Max, and having playtested the game on the ROG 5, I can confirm the phone was able to play the game at the Max setting at 60FPS (with a few dips into the 40s here and there, mainly in cutscenes).

All in all, Marvel Future Revolution is a bit of a mixed bag. It's nice to see a mobile developer that's throwing money at a game's production, but when all of the awful monetization expected of a free-to-play game is still present, it's tough to fully enjoy the gameplay when in the back of your mind, you know full well that every inconvenience exists to annoy you into spending money. So, in the end, Marvel Future Revolution offers exactly what should be expected, a shiny coat of paint that pushes the bounds of mobile gaming, all sitting on top of greedy systems designed to empty wallets. Whether or not you'll be fine with this is, of course, a very personal thing, so if you'd like to take a look to make up your own mind, you can grab the free install from the Play Store widget below. 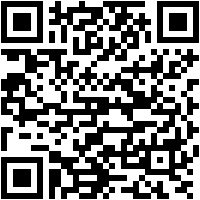