While we've finally gotten our first good look at the future of Wear OS, that doesn't mean you have to lock yourself into Samsung's ecosystem with a Galaxy Watch4. If you're more interested in the fitness-focused aspects of wearables, Fitbit has continued to develop affordable watches and trackers to assist you in reaching your goals. Just a few months after launching its jewelry-inspired Luxe, the company's next gadget has now leaked online.

The Fitbit Charge 5 sports a slight visual redesign, using the curved body last seen on the Luxe to create a smoother, more premium look. A promotional video shared by leaker Snoopy (@snoopytech) shows off most of the gadget's highlights, including a new "Daily Readiness" tool for Premium subscribers. This score-based metric uses your activity to determine whether or not your body requires a rest day following a challenging workout, suggesting stretches or meditation as an alternative. 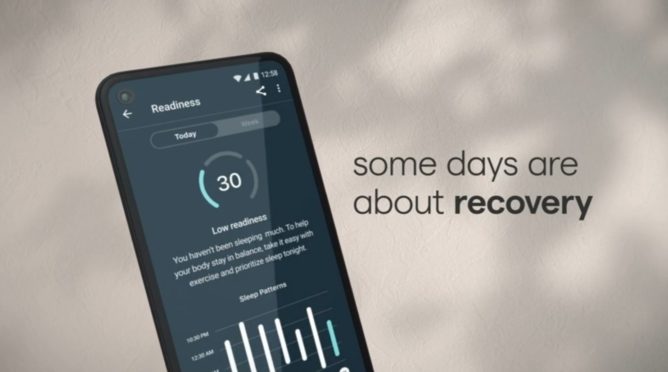 Although "Daily Readiness" is the marquee feature here, other additions help make the Charge 5 stand out. The switch to a full-color display should bring it in line with Fitbit's other recent smartwatches. Meanwhile, the ECG and EDA sensors from the top-end Sense are coming to the Charge series for the first time. Fitbit had previously added SPo2 and skin temperature readings from its flagship smartwatch to the Charge 4 via a firmware update, but the inclusion of additional sensors should make this an even more comprehensive and compelling package.

All of these changes don't come cheap, which is why you can expect the Charge 5 to sport a $179 price tag, notably higher than the previous model. Considering the extra tech built into Fitbit's newest wearable — including that fancy new color screen — a bump in cost is to be expected. At the very least, a six-month Premium membership will be thrown in with the watch to take advantage of the new "Daily Readiness" ability.

There's no information on a release date as of yet, but considering the October 23rd date appearing in all of these leaked renders, it seems likely you can expect this new fitness tracker just ahead of the holiday season.

Play Store ratings will soon reflect the experience of users more like you — yes, you

Hands-on: Motorola's new and aspirationally priced Edge invites us all to dream big