With today's introduction of the Galaxy Watch4, we're getting our first in-depth look at exactly what Google and Samsung have been working on together. While the initial announcement at I/O in May was exciting, finally getting a glimpse of Wear OS 3 in action feels like a breath of fresh air compared to its current state. With Samsung's latest wearables shipping in just a couple of weeks, the future of Android smartwatches is finally here, and there are plenty of reasons to get excited.

The new Wear OS is chock full of features worth looking forward to, but the underlying platform itself is also far better than anything you can buy today. The Galaxy Watch4 launches apps 30 percent faster than previous wearables, with a more efficient setup process and up to 40 hours of battery life on a single charge. Those factors alone pull Wear OS into competition with both Samsung's previous Tizen-based gadgets and, more importantly, the Apple Watch, which has held its crown as one of the best smartwatches on the market for years, even as its development has stagnated.

To that end, Google is also working to improve the actual utility of its watches. It's not enough that Wear OS is faster and less power-hungry — wearables need to justify their existence alongside your smartphone as an additional purchase. A perfect example of this is the new YouTube Music app, initially announced a few months ago. Not only does it include offline listening directly from your watch — something the Apple Watch version can't do — but it also bundles the service's Smart Downloads feature, which will keep an always-changing list of available songs on your wrist without any action on your part. 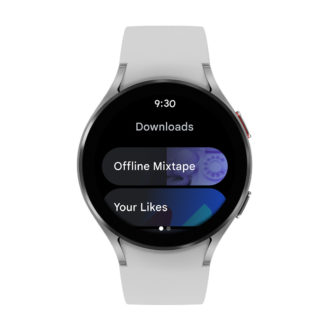 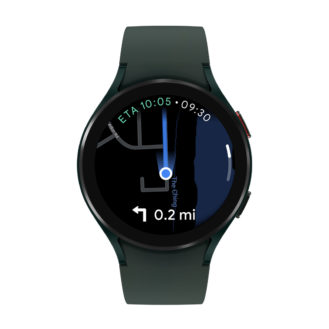 It's a significant shift in Google's strategy. After it brought a YouTube Music app to Apple's smartwatch last year without any announcement of an Android counterpart, it seemed as though the company had given up on wearables completely. But nearly a year later, Google is finally focusing on its own smartphone audience, even delivering an improved experience compared to what's accessible with an iPhone.

And these enhancements aren't just limited to music. Maps on Wear OS syncs directly with your phone, all while sending turn-by-turn directions to your wrist for walking, cycling, and driving. Messages has been streamlined to better perform without your phone nearby. Google Pay is getting an all-new look with larger card icons, along with support for 16 new countries for contactless payments whenever you're on the go. And recent enhancements to the Play Store make it easier to discover and download all sorts of third-party applications.

Even the core look of Wear OS has been tweaked, with new Material You elements spread throughout the UI of certain apps (though, of course, Samsung's gadgets will keep its One UI skin revealed earlier this summer). Tiles are a major part of Google's smartwatch plans as well, sporting a complete visual refresh and extending API access to third-party apps for the first time. 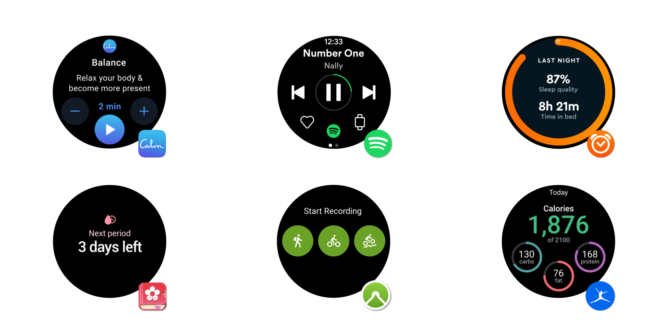 There are still a few questions lingering around Wear OS 3. The handful of existing watches that have planned upgrades won't receive it until sometime next year, and we don't know well how it'll perform on older hardware. To help make up for that gap, some of these features — including the revamped Pay app with wider availability, Messages app, and tiles — will come to Wear OS 2 in the coming weeks. But as Google attempts to relaunch its wearable platform basically from scratch, these signs seem promising. The Galaxy Watch4 is just a couple of weeks away from being widely available for purchase, ushering in a whole new generation of Android smartwatches. And for the first time in a long time, Wear OS feels like an exciting and evolving platform actually worth your attention.

Updated to include information on some of these features being made available to current Wear OS watches in the coming weeks.

Hands on with the Galaxy Z Fold3 and Flip3: It's time to consider a folding phone