Oh, Google, you so sly. In today's announcement of the new generation of Nest cameras, the company highlighted all of the improvements that make these cams more powerful than ever, to a point where you could use them without a paid subscription. What caught our attention, though, was an unadmitted truth: Google has kind of fixed Nest servers' frequent downtime issues without really saying it did that.

The new Nest cameras differ from the previous generation in two significant ways. First, they have on-device processing, so they don't have to send every second of video to the cloud to be processed there. Second, when they recognize that an event is occurring, even if they're not connected to the internet, they record it on their local storage and upload it later. Models that have a battery (Nest Doorbell and Nest Cam battery) can also do that when power is out. Up to one hour of event videos — which averages to a week's worth of triggered events and alerts — can be saved and uploaded to your account later.

What Google wants you to think is that this is perfect for Wi-Fi, and power in some cases, outages. What Google isn't really saying out loud is that this inherently solves the issue of Nest server outages. It's the local fallback I've been clamoring for for over a year.

Security cameras aren't trivial pieces of equipment. When you buy one, you expect it to work, especially when there's a theft or an important incident happening in front of them. What users have realized, though, is that cloud-connected security cameras are frustrating. Servers face downtimes, inevitably. And for some unlucky users, those downtimes can occur right when they need their cams the most.

Nest isn't the only company that suffers from outages, but its frequent issues were starting to become downright laughable at one point. Add on top of that the service's complete reliance on the cloud and the lack of any local storage, and that meant every small outage was doubly more annoying for Nest owners. Every cam became a useless piece of plastic that did nothing as long as it couldn't call back its mothership. 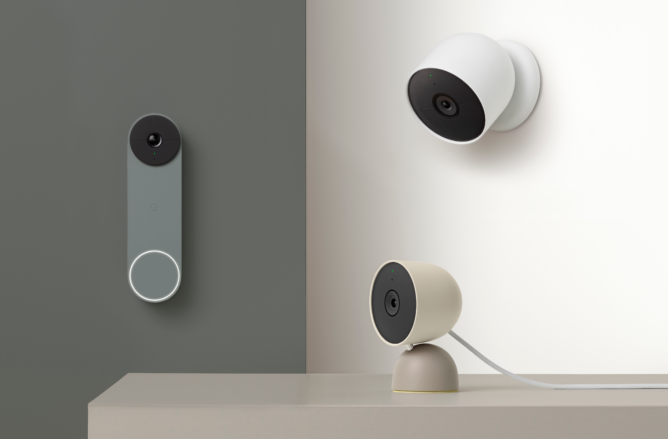 With the new generation of hardware, you can rest assured that a server outage won't render your cam useless. As long as it has power (battery or wired), it'll detect events and record them, then it'll upload everything to your account when it can establish a connection again. Even though it isn't a 100% foolproof fix to outages, it's still a major step forward. (Live-streaming and viewing past events won't be possible as long as the service is down, and Google could still go the extra mile to remedy those.)

Hopefully, this will set an example for all other smart home product makers and developers. Not that Nest is the first to implement local storage and on-device processing, but its name has a weight in the IoT space and a bigger recognition than most others. Plus, with consumers being aware of this added benefit, they'll hopefully start asking other brands to implement similar measures.

My Friend Pedro lands on Android as a slingshot-based platformer, and it's pretty good