There are times where you want to send across a message or a video but you don't want the recipient to see it more than once. That's pretty much the reason why Snapchat was invented. However, the concept has since been picked up by various other applications, and Facebook-owned WhatsApp is the latest one to jump on the disappearing messages bandwagon, as the company has now announced.

It's pretty straightforward; images and videos sent using the View Once feature can only be opened once by the recipient. There's no media preview. Instead, there's a text-sized bubble that will say whether it's an image or a video that's been sent.

Keep in mind that the recipient can still screenshot the message or video, or record it using another phone. So, it's not completely safe if you were planning to send extremely sensitive data. 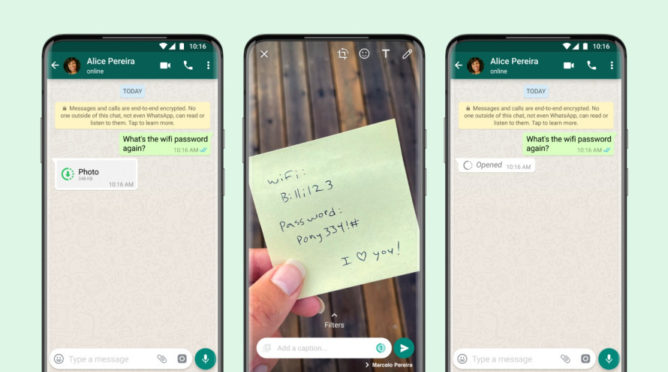 The feature first showed up in the WhatsApp beta (version 2.21.14.3) and has now rolled out to the first few users on stable (version 2.21.14.24). You'll need this release to send self-destructing media, but it's possible to receive it without being updated. The update is available on the Play Store or over at APK Mirror.

The article has been updated to reflect that self-destructing media is now available in stable WhatsApp.

Why is switching accounts in Chrome such a hassle on mobile?