Google discontinued the Nest IQ outdoor camera at the beginning of the year but promised a new lineup of cameras would land later during the year. The company seemed to be delivering on its promise as a "wireless streaming device," most likely a security camera, passed through the FCC in March. We're one step closer to getting our hands on these new products, as the company mistakenly published them on its online store for a short while. 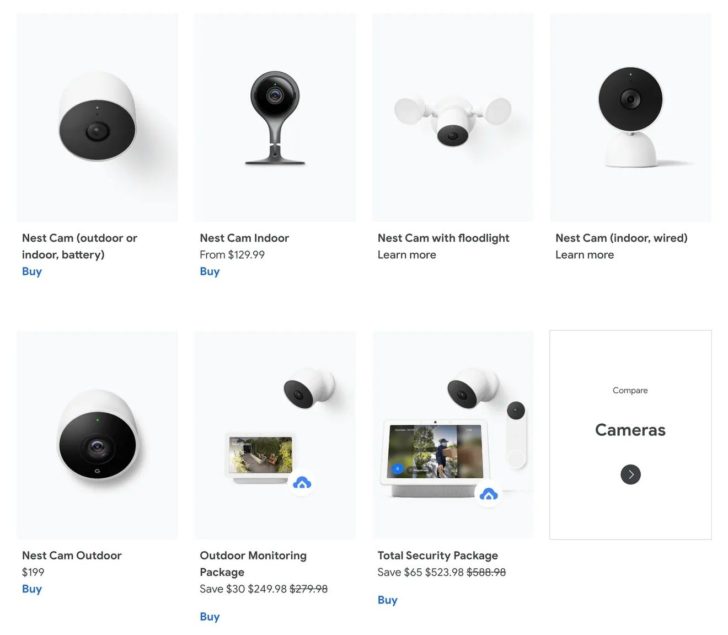 The following products were briefly featured on the Google Store homepage before being removed:

The products' individual informational pages weren't live, so we don't know much more about them, but it's safe to assume Google is about to officially launch a new range of Nest Cams, which could potentially replace the existing Nest Cam Outdoor. As their names suggest, there should be a battery-powered version of the camera, together with a hard-wired one. A third version with a built-in floodlight would also bring the added convenience of a combined bundle without having to purchase two devices separately. Lastly, there should be a new, battery-powered version of the popular Nest Doorbell, making it much easier to install than a hard-wired one.

We're not sure when these products will officially launch, but they should become official by the end of September, as this is when confidentiality on the aforementioned FCC filing expires.