Last year, RedMagic refreshed the RedMagic 5G as the RedMagic 5S, but there weren't many differences between the two, raising the question of why the 5S was necessary to begin with. This year, the RedMagic 6 is seeing a significant change with the looming launch of the RedMagic 6R. The 6R has slimmed down significantly while retaining the majority of its high-end gaming features. For $500, you get a Snapdragon 888, 8GB RAM, 128GB storage, a quad camera, a 4200mAh battery that supports 30W charging, all in a package that's easily pocketable. The software still stinks, but there's no arguing that this hardware is a stupendous value. 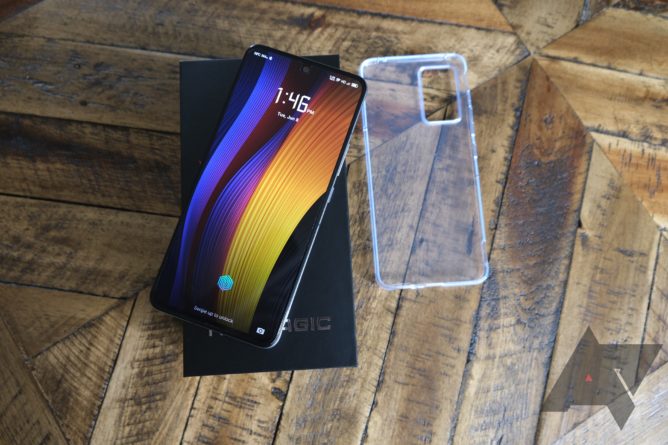 The design of the RedMagic 6R is a departure from the core line, and that means compromises. There's no active cooling this time around, the headphone jack is gone, and a punch hole camera sits at the top center of the screen. Plus, the battery has shrunk from 5050mAh to 4200mAh. On top of this, there's now a large camera bump on the back to house the phone's quad cameras. These changes have allowed RedMagic to make the phone smaller and easier to handle, while also cutting down on the price. However, you have to wonder if missing out on these features is worth saving a C-note. The RedMagic 6R sports a glass front and back. The 1080p screen is large at 6.67-inches, though slightly smaller than the display on the RedMagic 6. It's still an OLED screen, but this time it only goes up to 144Hz (instead of 165Hz). Most people won't notice a difference between the 6's screen and the 6R's outside of the refresh rate difference, everything looks sharp even though this is only a FHD screen.

The punch hole selfie cam at the top center of the screen feels out of place for a gaming phone since it disrupts the screen when playing games. This is one modern design quirk other gaming phones have largely avoided. This camera position does allow for a smaller bezel at the top of the device, but this results in a mismatched chin that is noticeably bigger than the other bezels.

Included in the box are the phone, a clear plastic case, and a pre-applied screen protector. You also get a 30w charger and a USB-C headphone jack adapter.

The software is a patchwork of odd choices. On the one hand, the gaming-centric features found in the Game Space launcher/app work well and are extremely handy if you're the sort that loves to eke out extra performance by tweaking your settings. Being able to record a game and its source audio in an instant is also extremely useful, and the programmable capacitive triggers can come in handy for shooters like PUBG and Fortnite. RedMagic put a lot of thought into the gaming software, and it shows, but things like the launcher have fallen by the wayside.

Last year Ryne observed that the launcher on the RedMagic 5 was a mess, and this has not changed with the release of the 5S, the 6, or the 6R. The biggest issue is that you still can't replace the launcher — you're stuck with it, and it's filled with bugs. Not only does it constantly add an extra page to the homescreen no matter how many times you delete it, but some notifications get stuck in the pulldown, and others never show their icons in the notification bar. I've also noticed that some apps are missing from the drawer, such as the Game Space app. While you can still access the Game Space pull-out drawer that contains all of the app's settings when in a game, it seems pretty clear the launcher RedMagic is using needs some much-needed attention, or at the very least the ability to replace it. The problem is, RedMagic isn't so good with its long-term support, so fixes will be few and far between.

Some notification icons show (such as Gmail), others do not (like Spotify), and some alerts get stuck in the pulldown with no way to remove them

Despite the software woes, performance is top-notch. The Snapdragon 888 paired with 8GB RAM will tear through games, and even though the internal blower is missing from this model, I can't say I miss it that much. The fan in the RedMagic 6 was noisy, and really it only cut down on heat by a little bit. Having no moving parts in the device is a welcome change, and as far as I can tell, it barely impacts performance.

Over a day of battery during regular use

Battery life is also really solid, and even though we only get 4200mAh this time around, you'll still easily get a full 24-hours out of the device before you have to charge it. And thanks to the included 30-watt charger, you'll be able to top it up to full within an hour. 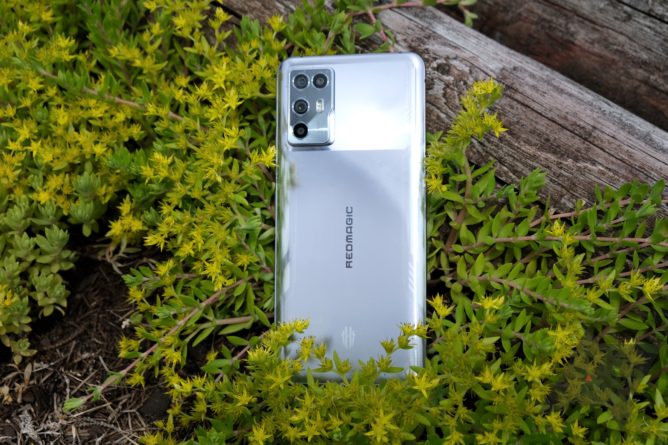 The RedMagic 6R has jumped up to a rear quad camera array, adding a 5MP macro lens to the group. The other sensors remain the same on the RedMagic 6: a 64MP primary sensor, a 2MP bokeh, and 8MP ultra-wide. The front-facing selfie camera has seen a bump from 8MP to 16MP. So it would seem RedMagic has prioritized the cameras a little with the 6R refresh, polishing what was available in the RedMagic 6.

While the macro lens allows for better macro shots over the RedMagic 6, they’re never going to be great pictures. The rest of the rear cameras are identical, with shots in poor lighting suffering more often than not. Outdoors in good lighting it's a different story. These pics are colorful and sharp. The rear cameras are good enough for everyday use, but you're not going to show up your friends who shoot with high-end devices from Samsung or Apple. I can say the selfie cam's shots have come out pretty detailed, so the bump in megapixels helped with this lens for sure. I'm pretty torn when it comes to the RedMagic 6R. The price for the hardware you get is pretty great, especially during a worldwide chip shortage, and the absence of the internal fan means there are no moving parts to break. But the software that controls this exceptional hardware is frustrating in everyday use, which is what RedMagic was supposed to be targeting with the slimmer profile and mainstream features.

Sure, the RedMagic 6R is much more svelte than the 6, which is undeniably a good thing. But the tradeoff is no headphone jack and a smaller battery. These choices allow RedMagic to cut costs to offer something that's easily marketed as an affordable day-to-day device, but the software woes will have to be addressed for this to become a reality. Nobody wants to use a phone day in and day out that suffers from a seriously bugged launcher or missing/stuck notifications. This is totally inexcusable, especially when some of these bugs have been long-standing issues with the RedMagic line 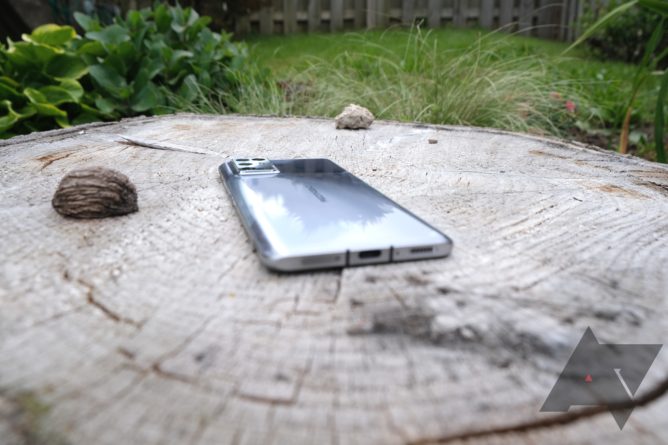 While I see what RedMagic is going for with the 6R, the company has basically taken a capable gaming phone and turned it into a mediocre traditional smartphone. So I have to ask, who is this phone actually for? The mid-range market is extremely saturated, and even though the 6R offers high-end specs, I can't in good conscience recommend this phone as a daily driver. It excels at gaming, a strong point indeed, but the screen refreshes slower, the battery drains faster, and the selfie camera takes a bite out of your games and makes them less immersive.

At best, this is a phone to buy if you're looking for high-end specs on a budget. If cost is not your primary concern, there are better options that are more reliable and will see consistent security updates, something RedMagic still hasn't gotten a handle on.

It's been a little over a month since I initially reviewed the RedMagic 6R, and I recently went back to this device. I was greeted by the latest update, v2.13, for the US market. This patch promises some fixes for stability, along with optimizations for things like the camera and charging compatibility. Welcome changes for sure, but sadly none of the issues I brought up in my review have been addressed.

All of the show-stopping bugs I ran into are still here. Spotify is still permanently stuck in my notification shade no matter how many times I try to swipe it away. Other notifications get stuck too, and some don't appear at all, which is even more damning after all this time. Worse yet, I still can't change the launcher to a third party to try and work around some of these software woes, and since the stock launcher keeps adding extra blank pages to the home screen, I'm stuck in a never-ending loop of frustration. And I'm on the North American ROM, so there's really no excuse for the locked-down launcher outside of China. 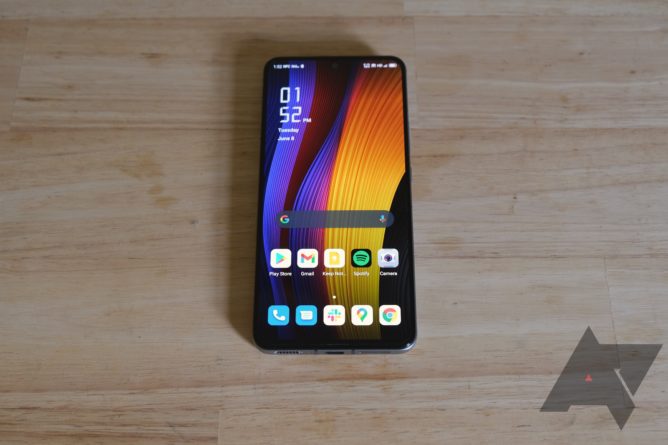 However, I do enjoy the size of the RedMagic 6R. It's pretty thin compared to every other gaming phone. It doesn’t take up nearly as much space in my front pocket as other gaming-oriented devices. Battery life is also great. I'm still getting more than 24-hours out of the phone on a single charge. This is partly thanks to the undemanding 1080p screen. Thankfully, colors really pop since the phone uses an OLED display, allowing games to look really sharp. Best of all, navigation feels very responsive when you cap the screen at a constant 144Hz.

So as much as I hate to say it, RedMagic has been annoyingly predictable when it comes to its support. The latest update does little to actually address the issues I ran into a month ago, and I doubt this will change in the future when we've been running into some of these same bugs since the RedMagic 5.

Yes, the $500 price of the RedMagic 6R is fantastic, and you get some compelling hardware in a sleek package that's great for gaming, but if you're looking for a device to use day in and day out over the next few years, it's clear you're going to have a tough time. This is why my original opinion hasn’t shifted one iota. I can only recommend the RedMagic 6R if mobile games account for almost all of your usage—even then, there are better gaming phones available. If you require a daily driver for work and play, you should look elsewhere.

Gboard's cleaning up its settings menu to make room for what's clearly most important: space ...