Google loves to show off fancy new AI-powered features whenever it releases the latest generation of Pixel phones. From a bokeh blur that only needs one lens to a camera that can capture shots in near darkness, the company has always been all-in on AI. Now it's about to take another step forward with the upcoming Pixel 6 and Pixel 6 Pro — and it might be time to say goodbye to blurry-faced photos.

According to demos given to multiple sources, Google is attempting to fix a common photography problem with the upgraded camera system on the Pixel 6 series: blurry faces when people are in motion. Moving subjects are tricky to capture for a variety of reasons, but Google is trying to pull it off on the Pixel 6 through a combination of software and hardware.

When a user attempts to photograph a person in motion, the Pixel 6 will capture a photo from the main sensor with a normal exposure, while also taking another photo with the ultrawide lens using a much faster shutter speed. The phone can then utilize the new Tensor chip to combine the two, taking colors and detail from the longer exposure and preserving more facial clarity thanks to the shorter exposure. Along with the image combination algorithm, there's also machine learning at work, such as a face detection feature that tries to keep the subject's face in focus, as well as models to combat common pitfalls like camera shake caused by a photographer's unsteady hand. 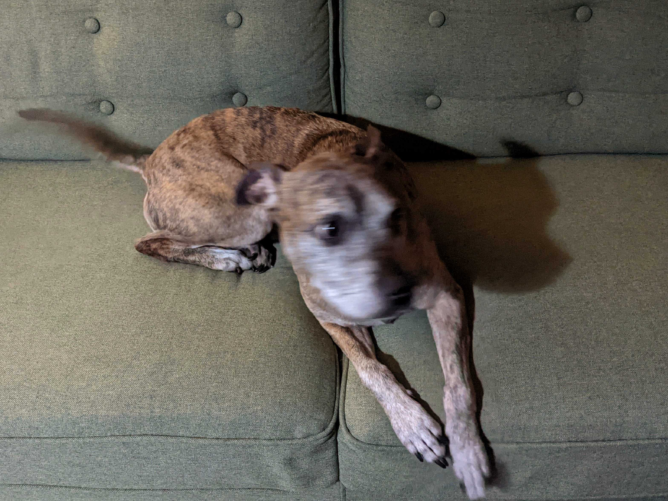 Will it work on pets? I sure hope so!

It's hard to judge the results without actually seeing any yet, but from what we know right now, it all sounds pretty impressive. Whether it's snapping pics of your kids during playtime or trying to snag some stellar sports photography of a friend's soccer game, the Pixel 6 camera should come in helpful in plenty of scenarios. Hopefully, this camera magic actually works in reality; it wouldn't be the first time Google has tricked us with some, uh, trick photography.

This Chromebook would make a perfect first laptop for your kid, and it's super affordable right now