We finally got our first real look at Google's next flagship phones, the Pixel 6 and Pixel 6 Pro. It's been a long time coming, with leaks and rumors dating back to the first half of the year. Although it's still a few months away from release, today's announcement did give us some insight into what makes this phone tick, and more importantly, the differences between the Pixel 6 and its big "Pro" brother. 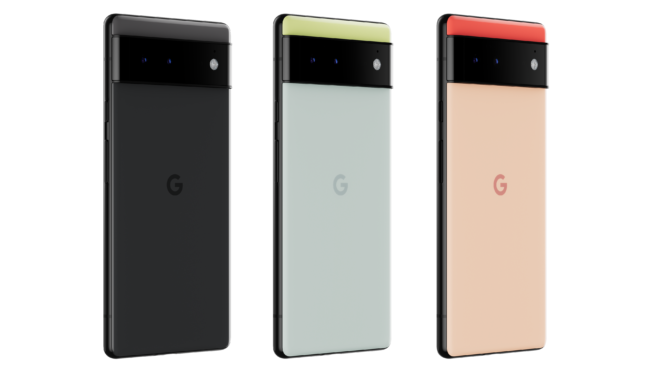 Let's start with the "smaller" of the two phones — a word we use lightly, considering its 6.4" display is still pretty massive by all accounts. It's a 1080p 90Hz display with entirely flat sides, which should give anyone who hates curved edges a reason to rejoice. The device's frame features a matte aluminum finish, with several fun colors to choose between, including black, coral, and lime. A new wide-angle primary lens is built into that giant camera bump on the back of the phone, along with an ultra-wide sensor. Both the camera module and its buttons have a black rim around them. 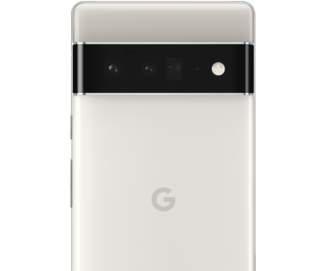 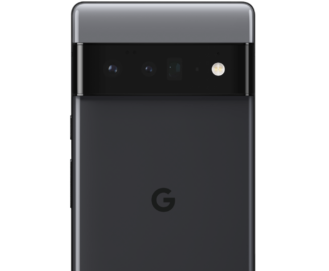 The Pixel 6 Pro is ever-so-slightly larger, with a 6.7" 120Hz display with a 1440p resolution. Despite the bump in size, it might not feel all that bigger in your hand. Though we don't have exact dimensions for either phone just yet, the curved edges along the side of the Pro model should make for a pocketable experience.

It swaps out the coral and lime variants for gold and white, while its aluminum frame gains a shiny new polish. The Pro also has a periscope lens capable of 4X optical zoom, alongside identical wide and ultra-wide shooters as its smaller brother. Finally, the black rim protecting the camera housing and buttons on the regular Pixel gets a metallic upgrade. 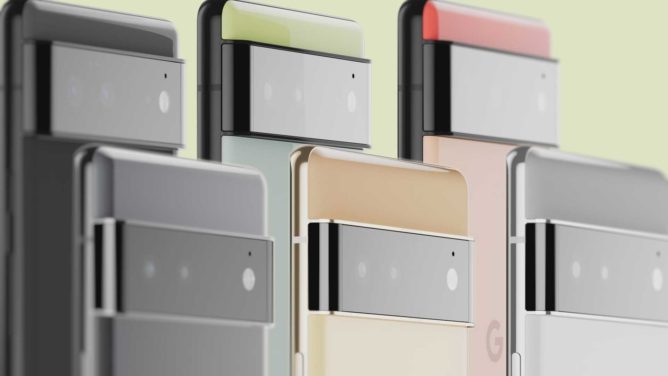 Both phones are using the new Tensor SoC, along with an in-display fingerprint sensor and Titan M2 security chip to keep your data safe. Overall, the designs are extremely similar. If you're struggling to tell them apart, just look at the space above the camera bar; it's much more prominent on the Pixel 6 Pro.

There are plenty of unanswered questions surrounding the Pixel 6 series, even after today's announcement. We still don't know exact measurements, battery capacities, IP ratings, Tensor performance, and so much more. While both are undoubtedly promising at first glance, we'll need to get one in our hands to truly find out if either phone is as good in the real world as early impressions imply.