The media app on Chromebooks has been around forever — or at least since Google launched its operating system over a decade ago. Historically it's been a bit rudimentary; just about the only thing you could do back then was actually view your photos, with no built-in editing abilities. Now a recent UI overhaul and new annotation tools suggest that Google hasn't forgotten about this app entirely, but even with the newfound attention Google somehow neglected to address one exceptionally frustrating usability issue — until now.

Whether you're looking through family memories or referencing multiple documents on a PC, it's handy to see multiple photos at once. So far, the media app has been limited in that it prevents you from launching multiple instances at once, forcing you to view images one-by-one. A recent Chrome flag discovered by ChromeUnboxed shows that Google is at least aware of the problem and working to resolve it. If you're on the Canary channel, you can get an early look at this usability improvement by copying and pasting the following URL in bold into Chrome's address bar:

Switch its drop-down from Default to Enabled, then restart your Chromebook. Once your desktop comes back, open any two photos you have on your device. 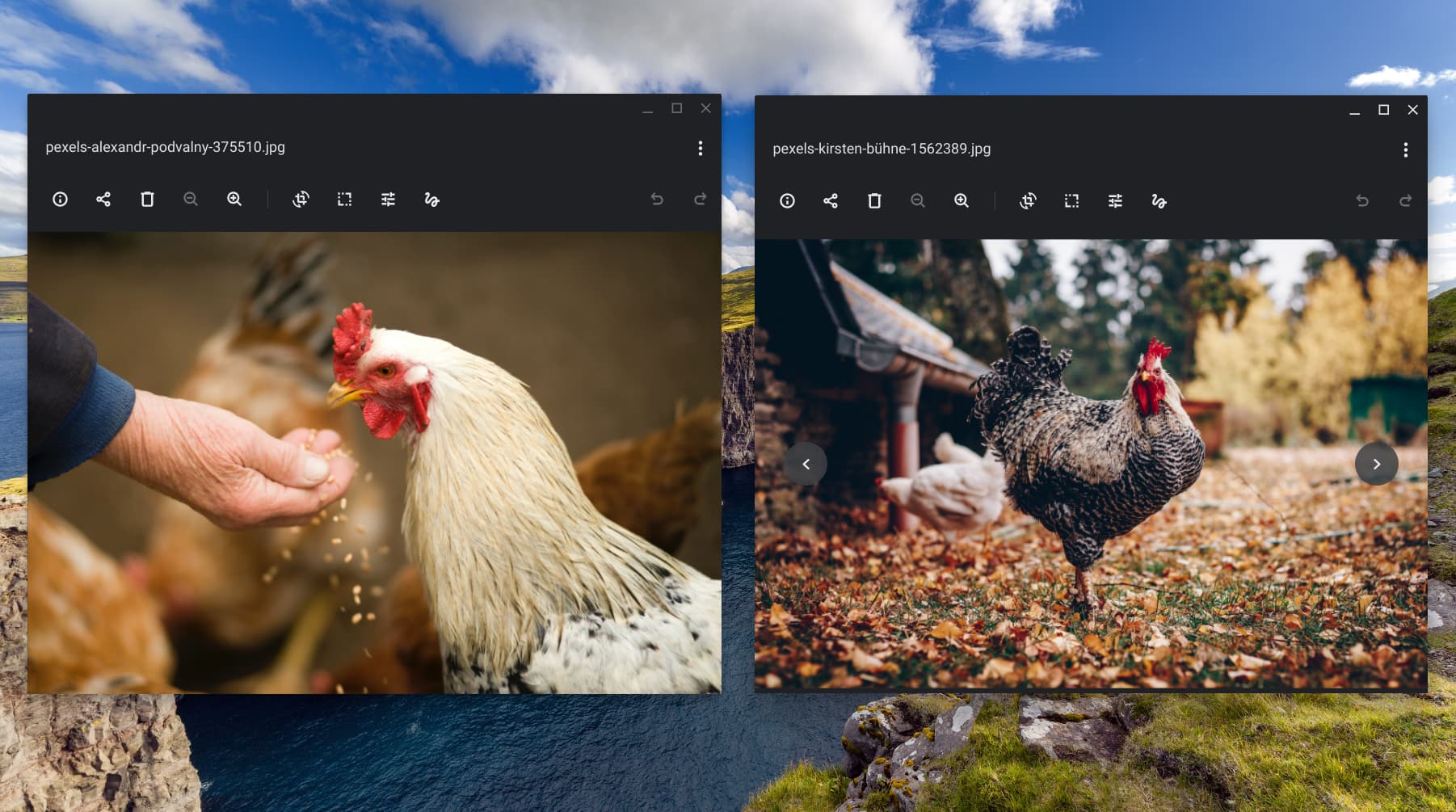 Instead of closing the previously opened image, Chrome OS will now launch a separate window of the photo, allowing you to compare the two images directly. The media app otherwise still functions the same as before — you can do basic image editing, annotate, and more. It'll be able to play multiple video and audio files, too, if you're curious, which could make referencing lecture recordings much more convenient.

While I'm still surprised that it took until just now for Google to fix this annoyance, I'm happy we'll finally be able to view photos side-by-side. As a student, this solves a huge gripe I had with the media app, since I'll be able to open two images of my lecture notes on my external monitor and work on homework problems on my Chromebook's screen. It may seem like a small tweak on the surface, but it's the little quality-of-life changes that make a big difference in creating a positive user experience on Chrome OS.

This Chromebook would make a perfect first laptop for your kid, and it's super affordable right now