Last year, Motorola released two Edge phones, marking its return to the flagship phone market. There were no Moto Mod pins or foldable screens, but the Edge and Edge+ looked nice with the curvy OLEDs, though I didn't think they were very nice to hold. Now, there are new Edge phones, and they look... different. The Edge 20, Edge 20 Pro (above), and Edge 20 Lite lack the curved display, but the overall design does look more refined than last year's Edges. Those in Europe, Latin America, the Middle East, and Asia will get to experience all three versions of the phone, but the US will only get one 2021 Edge at some point this fall. Which one? Your guess is as good as ours.

The Motorola Edge 20 Pro might be the most expensive member of the new Edge fam, but don't expect the current top-of-the-line SoC. This phone has a Snapdragon 870, which has more in common with the older Snapdragon 865 than it does with the 888. You get up to 12GB of RAM with that, but the availability of that SKU could vary by market. Everyone will be able to get that 1080p OLED with a whopping 144Hz refresh rate. 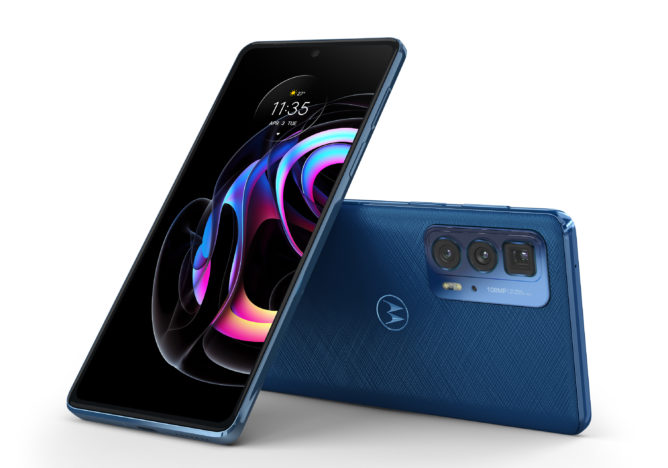 The Edge 20 Pro in "vegan leather" with a saffiano-like emboss. There's also a regular glass back option.

The Edge 20 Pro also features Motorola's first-ever periscope camera. It doesn't match the 10x zoom on the Samsung Galaxy S21 Ultra, but 5x is still better than most phones in this price range. Motorola is going to talk up its "Ultra Pixel" technology in the 108MP primary, but this is just a fancy way of saying it uses 3x3 binning to simulate larger pixels. The images in the default mode will be 12MP, but they'll be brighter than anything shot in 108MP mode. 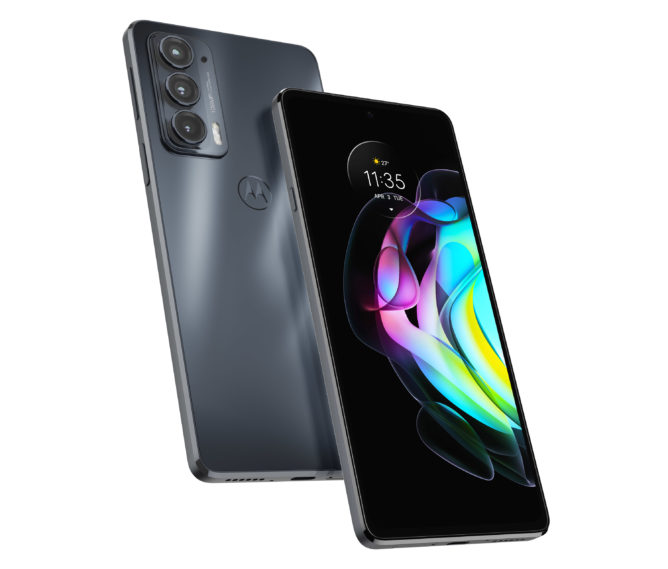 The middle of the road in Moto's new lineup is the Edge 20, which has a Snapdragon 778G chip paired with 6 or 8GB of RAM. The camera array still has solid functionality with primary, telephoto, and ultrawide sensors, but the zoom is only 3x instead of 5x (no periscope here). It has a smaller battery than either of the other Edge phones, but that does make it thinner and lighter. 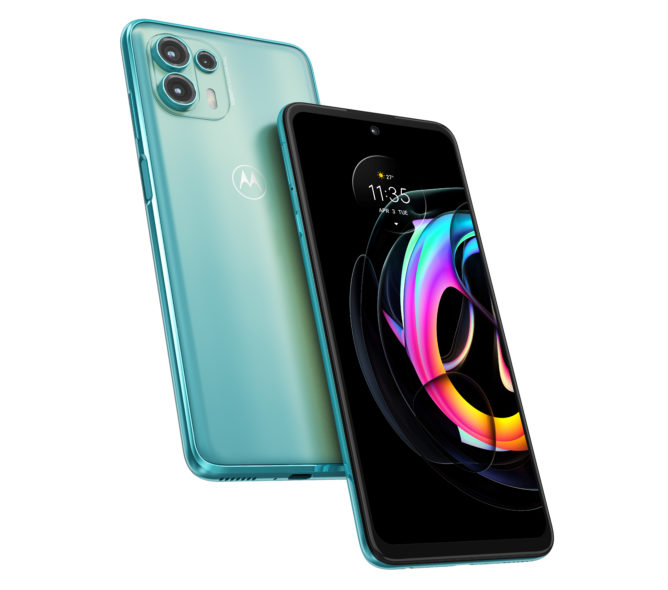 The cheapest of the new Edge family will be the Edge 20 Lite. This phone sports a MediaTek chip, but it still has a respectable amount of RAM and storage, plus a 1080p OLED with a 90Hz refresh rate. There's even a 108MP primary camera. It steps down to a plastic frame—despite that, it's surprisingly heavy due to the larger 5,000mAh battery.

While Moto stresses that pricing for these phones will vary between countries, but the Euro pricing starts at €349.99 ($415 at current conversion rates) for the Lite. The middle-tier phone costs €499.99 ($592), and the Edge 20 Pro will be around €699.99 ($829). The phones will launch in the aforementioned markets in August. The US phone, whichever one that is, should arrive this fall. I suspect it will at least be based on one of these devices, but there could be changes for the US market.

Google Reader is returning from the dead and haunting Google Chrome