Samsung has steadily been improving its software update speed over the last few years. Security patches are already impeccable, but major Android updates are still two or three months behind Google. In June, there was a rumor that Samsung would be releasing One UI 4 based on Android 12 earlier than in recent years. That seems to be the case, as one of the community managers accidentally announced the beta early before swiftly deleting the post.

There was already plenty of evidence that One UI 4 would be arriving earlier than expected. Usually, we see an x.5 update to One UI released during the August Unpacked events, but this year we know that Samsung is skipping One UI 3.5 in favor of One UI 3.1.1, which is set to fix bugs and optimize existing features rather than add anything substantial. 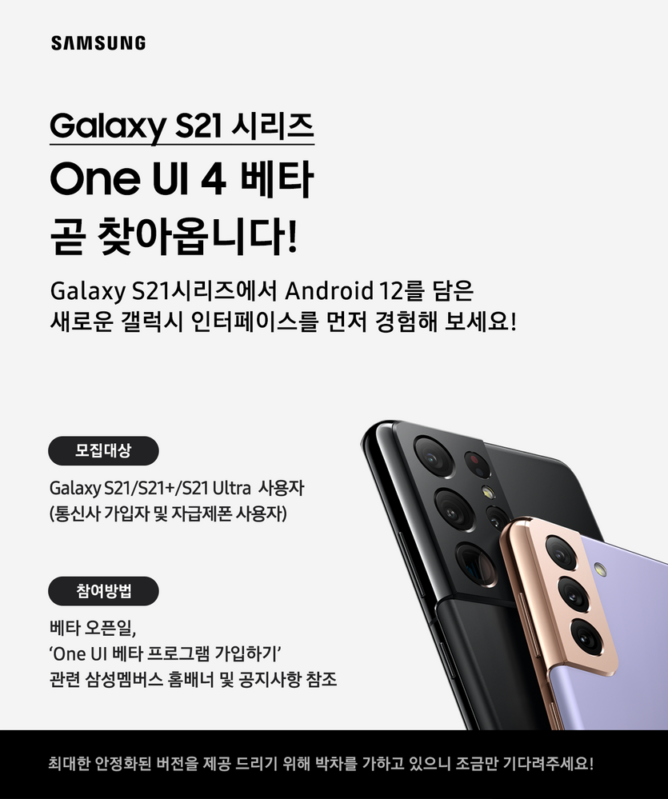 SamMobile spotted that a Samsung community manager shared this photo, confirming that One UI 4.0 is in the way. You can read the translated text below:

Be the first to experience the new Galaxy interface with Android 12 on the Galaxy S21 series!

How to participate (second black button)

We are working hard to provide the most stable version possible, so please be patient!

According to TizenHelp, after the post was deleted, the community manager clarified that it was posted in error. Thankfully they were kind enough to tell us when the beta will start, rather than leaving us guessing. The Galaxy S21 is expected to receive the Android 12 beta in the last week of September, heading into October. The S20 series will follow before the end of October.

After this article was published, we received official confirmation about when the One UI 4.0 beta will begin. The contents of this post have been updated with this new information.

Telegram's latest beta includes a screen sharing tool: here's how to try it out