Back in June, Samsung's Good Lock module NiceCatch confirmed the existence of One UI 3.1.1 by mentioning it in its changelog. Now the manufacturer is set to launch the Galaxy Z Fold3 and Z Flip3 next month, and we're expecting to see the debut of One UI 3.1.1 alongside them. While we may get fewer new features in favor of optimizations and bug fixes, the big release is still a little further out — One UI 4 based on Android 12, later this year. As we look forward to all that, several more Good Lock modules have been updated in anticipation, promising some exciting new features in the next version of One UI.

NavStar is an old favorite for Good Lock users, allowing us to tweak and customize our navbar or gesture navigation. The latest update adds a Samsung DeX-inspired task switcher, and while it isn't available yet, Samsung has been kind enough to include a screenshot in the Galaxy Store listing: 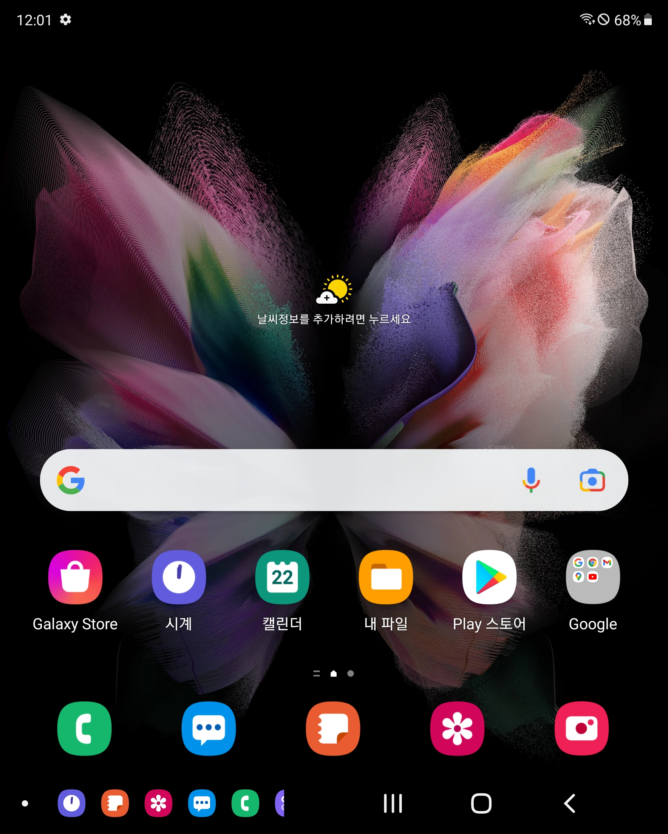 The feature is called Task Stack, and when enabled it will shift the navigation buttons to the right of the screen and place a scrollable list of currently open apps to the left for easier switching. It's reminiscent of the kind of desktop UI you'll find from Windows or Samsung DeX. This isn't the prettiest interface in the world, and I hope it gets some refinement in future updates.

The navbar has the same amount of padding between it and the icons as it does with the edge of the screen. I think this is a mistake, as it leaves a lot of empty space in the middle. We don't know much else about Task Stack, like whether it will work with gesture navigation or not. The changelog says that it should be available on the Z Fold3 and tablets running One UI 3.1.1 and newer, and I suspect it'll come to the original Fold and Z Fold2, as well.

The most exciting update is for Theme Park, which picks up extensive icon-theming, some of which is available now. You can see the complete changelog below:

There are some interesting things here, namely icon pack support and changing the shape of icons. The changelog says it'll be available on the Fold3/Flip3 or later, but I think this is just poor wording, and it will likely come to any device that gets One UI 3.1.1. In fact, some of these features are already here.

When you make a theme based on a wallpaper, there's now a new icons section. From here, you can tint all of your icons to match your wallpaper or import an icon pack from the Galaxy Store. I'll be honest — I was incredibly excited when I read this changelog, but the execution leaves a lot to be desired. The tinted icons are ugly, and I was hoping that I'd be able to use regular icon packs from the Play Store, not just the ones found on the Galaxy Store. Don't get me wrong — there are some beautiful icons available — but they only tend to theme Samsung's system apps, leaving everything else as it was.

The tinted icons raise an important question — is Samsung going to adopt Material You? In June, SamMobile found that Samsung has codenamed One UI 4 "palette." This could all be a coincidence, but to me, this suggests that Samsung is planning a major redesign of One UI centered around color, just like Android 12. The icon tinting in Theme Park could be a part of this, allowing users to tweak and customize icons in conjunction with Material You.

The only thing missing at the moment is ability to change icon shapes. I imagine this will work similarly to the Pixel themes app in Android 11, letting you choose which adaptive icon style your phone uses. Many people prefer Google's circles to Samsung's squircles, so this would be a welcome addition.

One UI 3.1.1 might not be that exciting, but with new Good Lock features over the horizon, things may just surprise us. You can download the updated modules from the Galaxy Store or APK Mirror here: NavStar, Theme Park.