My best friend likes to use the term "germ freak" when describing me. Although she might be exaggerating, she's not too far from reality. I'm also a very practical person and don't like spending too much time on chores, which is why I bought a Roomba robot vacuum cleaner back in 2017. Although I've been very happy with it, I've recently bought a "dumb" cordless vacuum-mop combo that I literally use several times a day. In fact, I'm so satisfied with my purchase, the Roomba now sits in the corner collecting dust (which I then clean).

The model in question is a Roomba 966 that I bought back in 2017, which used to be one of the higher-range models back then, but is far from being able to compete with today's newer, quieter robot vacuums. That being said, it's still working like a charm and hasn't lost any of its usability over the years.

As I mentioned, I like my floors to sparkle, but I'd rather not spend a lot of time cleaning them myself. The 966 has been able to help out with that over the years, mostly because I would launch it twice a week when going to work so that I would come back to a tidy apartment. I didn't even need to bother picking up crumbs after breakfast, as I'd rely on my trustworthy robot vacuum to do that for me. 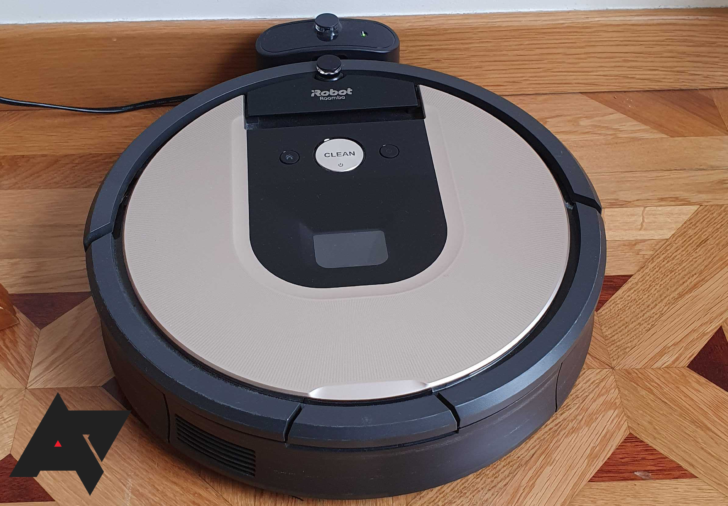 While my floors would end up being very clean, I would also have to move my furniture around. I'd have to put my chairs on the dining table and the coffee table on the couch — upside down, of course; I'm not crazy — for it to be able to access most places that needed attention. This also meant I'd have to spend some more time in the evening putting everything back, not to mention that I'd come home to the unpleasant sight of having furniture stacked up all over the place. Lastly, I'd often receive notifications during the day to tell me something went wrong: either the Roomba would get stuck somewhere it couldn't get out of, or it would be confused after trying to vacuum some charging cable I'd forgotten to put away. It's obviously convenient in some ways, but a smart vacuum can also be a hassle.

Another frustration I had with the Roomba was not being able to easily send it to clean a specific area without asking it to do the entire apartment. Sure, most newer models can now be sent to a specific spot so you can do a quick run under the table after dinner. Even if your robot vacuum is capable of that, it's often not so easy, as you probably have to clear a path for the robot anyway. I would have to manually place mine over the dirty spot and hope that it would do the job — at that point, it's practically as much effort as grabbing an actual vacuum — or a broom — and cleaning it up yourself.

Then came the pandemic

Despite those issues, I still didn't mind it that much, as I could mostly let the robot do its thing while I was out. Also, since I could start it anytime, I could do it two days in a row if I had forgotten to move stuff to clear its path, for example.

Unfortunately, the Covid-19 pandemic hit and now I'm home most of the time. In fact, I haven't set foot in the office since March 2020. The last thing you need when trying to focus is a loud Roomba on the loose, especially in a relatively small, open-plan apartment. Sure, new models are much quieter and I could always wear noise-canceling headphones to drown out the noise, but that would not be ideal. I've tried to launch it when I go shopping or for a workout, but it doesn't always finish before I get back and I still have to faff around with moving furniture before and after.

At this point, the frustration of owning a robot vacuum clearly outweighed the convenience for me — as had probably been the case all along, really. Since I was spending much more time at home, the floors would get noticeably dirty a lot faster. Eventually, I decided that a cordless stick vacuum was the way to go and I set my sights on a Dyson V11 or a Samsung Jet 90. These would allow me to quickly clean the floors without having to spend too much time plugging them in or putting them back in the closet, etc.

Then came the (adorable) dog

Just to really complicate matters, I got a dog back in February. Now, don't get me wrong, I love my dog and he's very well-behaved, but whether I like it or not, he can't be expected to leave the floors spotless: Not only does he sweat from his paw cushions, he often lets water drip from his tongue after he drinks, and occasionally spills his food (i.e. fresh meat). That means I usually need to clean the floors several times a day, with a mop and detergent too.

As I'm sure you can imagine, using a bucket and a mop a few times a day quickly becomes annoying, not to mention the mess you end up with when the floors haven't been vacuumed first. I started thinking about getting a robot vacuum that also mops, such as the Mi Robot Vacuum-Mop P or Roborock S7. It sounded like a brilliant way to have sparking floors all the time with minimal effort.

I looked at quite a few options, and there were some really affordable deals around. Some could even be sent to clean a specific area, which would have solved the issue of spilled food etc. However, I'd still have the problem of being home most of the time, so the robot would run into my furniture, feet, and dog, who clearly doesn't like it when the Roomba heads straight for his tail.

I still explored the option and tried the Ultenic T10, but I wasn't convinced. First, there's a lot of maintenance work to be done, meaning you're not supposed to leave the mop attached to the vacuum, as it's moist and can damage hardwood floors. You also have to manually wash it after each use, which takes some of the convenience away. Another more personal issue I had was the fact that the mop could potentially spread dirt, as it's not cleaned during the cycle, meaning the same one can potentially be used to go around the entire apartment.

Don't get me wrong, robot vacuums and mops are great options, but they still weren't as convenient as I expected. That got me thinking about the cordless vacuum again and had me wondering — If only there was a two-in-one handheld device that would vacuum and mop at the same time...

While innocently browsing the deals on Prime Day last month, I finally found what I was looking for: something that looks like the Dyson v11, albeit not nearly as powerful when it comes to vacuuming power, that could also clean the floor with soap and water.

I went for the Tineco Floor One S3, but there's also a similar product from Bissel worth considering. It's the ultimate level of convenience just as I expected. Being a cordless appliance with a charging base, I can grab it and clean whichever area or room I need to in just a few minutes. Since it vacuums and essentially mops the floor with water and a brush, there's no need for me to use a mop and the floors aren't left wet as most of the water is sucked back in.

There's also very limited "maintenance" necessary to keep it running. It comes with two tanks: one that you fill with water and detergent, and another for wastewater. If there's still clean water and soap in the first one, I can leave it in for the next use, which is usually a couple of hours later. All I need to do after vacuuming is press the self-cleaning button and empty the dirty water. It's exactly what I was expecting. Sure, I still have to manually hold it and do the work myself, but there's so little maintenance and preparation that I can do it quickly and easily whenever I need to — it's perfect for my needs. 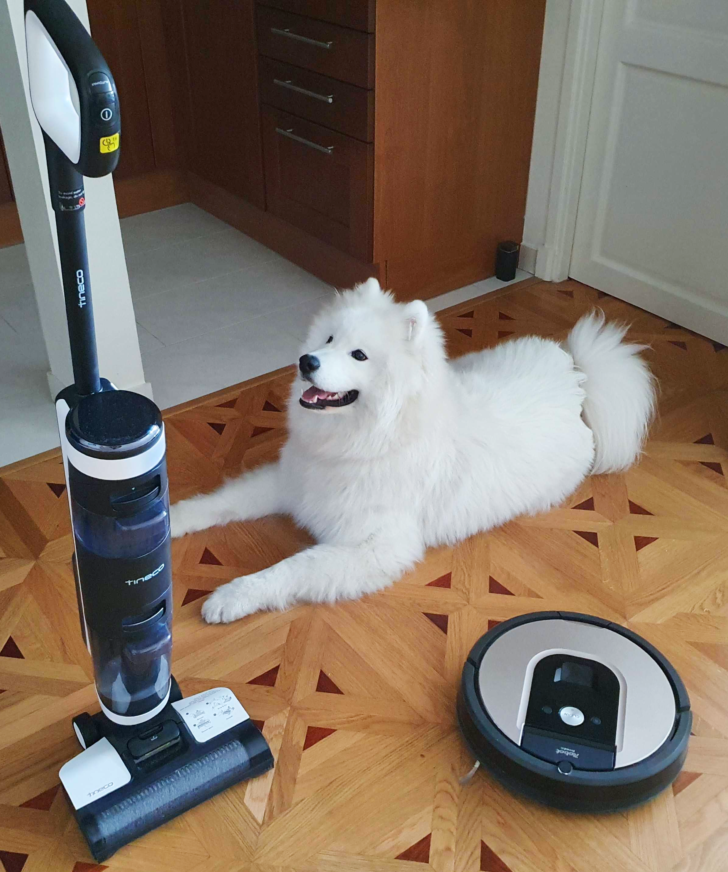 Despite not being a robot vacuum, the Tineco Floor One S3 isn't exactly a “dumb” device. It can automatically detect how dirty the floor is, and adapt the vacuuming power and the amount of water it uses. And since it comes with a WiFi connection, it gave me access to a bunch of stats and lets me see the battery percentage on my phone. I could also run a self-cleaning cycle remotely, though I almost always used the physical button to do it, as I run it right after using it. It may look like a traditional stick vacuum, been it's got plenty of smart features up its sleeve.

Keep in mind this is just my personal experience, but I've found being geeky and using the latest technology doesn't necessarily mean you'll save time or have the cleanest floors. If you have a dog, kids, or simply tend to have floors that get dirty quickly, you might want to consider one of these options. Which one is right for you will depend on your own situation, but I hope reading this helps you decide.

8 new and notable Android apps from the last week including Moonbeam, Uncomplicated Launcher, ...