We're all familiar with Google's doodles, which appear on the Google.com homepage and up in the corner when using Search and are usually tied to specific events or holidays. Today Google announced a new one that some of us have probably seen winking from the corner with its pixel-art graphics, and it's a little different. Sure, sometimes these doodles have little games baked into them, but the new Doodle Champion Island Games is Google's biggest and most ambitious doodle to date: It's an RPG.

Doodle Champion Island Games aims to be an homage to 16-bit games of (some of our) youth while also offering an introduction to Japanese culture, created in collaboration with Japanese animation studio STUDIO4°C. The game deposits you, a ninja cat named Lucky, on an island where you need to beat seven sport-themed mini-games on behalf of your team, which you join after arriving. Clearly Olympics-inspired, the mini-games cover a range from archery and table tennis to skateboarding and a DDR-like interpretation of "artistic swimming." 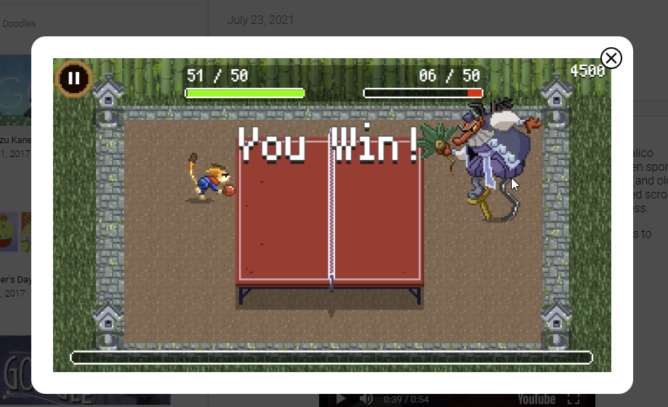 Victory can be surprisingly easy to attain. 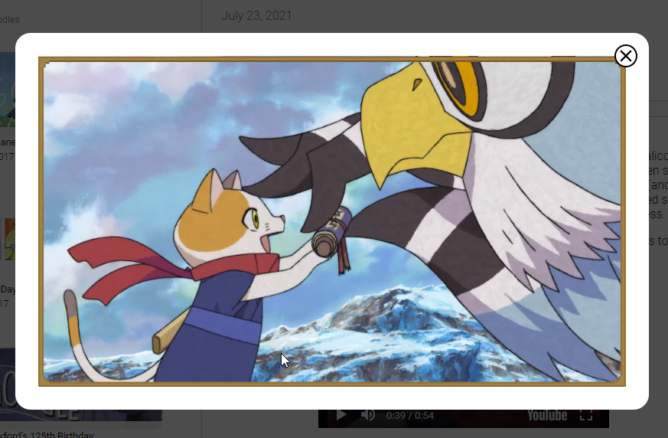 While the mini-games are fun, the base gameplay does run out pretty quickly unless you aim for higher challenges or try to unlock more of the many hidden things on the island. Most of the minigames you should be able to beat in your first try, though a couple of them might take a few to get down — some of the mechanics can be trickier than others. The rugby minigame took me at least seven or eight shots to do, while things like artistic swimming are very, very forgiving.

If you're up to the challenge or particularly enjoyed any of the mini-games, you can opt to unlock more difficult versions of them and earn extra points for your team, or simply explore the surprisingly deep ambiance of the island, helping its residents with things like artisanal spring concrete and birthday parties. The game has some surprising hidden depth to it. 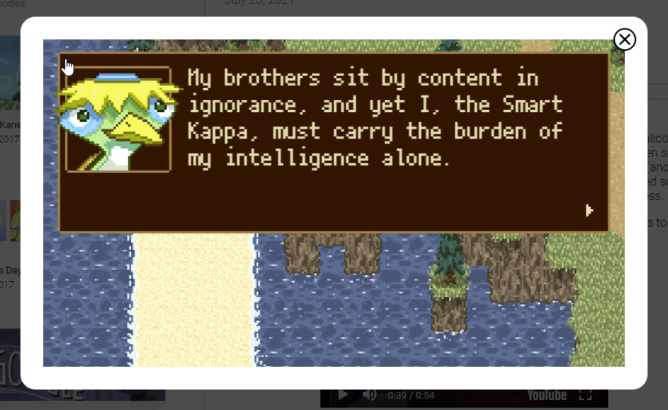 If you do elect to explore more of the island, I also have one big hint: You can actually warp to different areas right from the map menu. Click it up in the corner and click the icons, and you'll save yourself loads of time later if you're trying to unlock all the secret stuff and fully explore the island — though even I admit I've yet to fully complete the game. 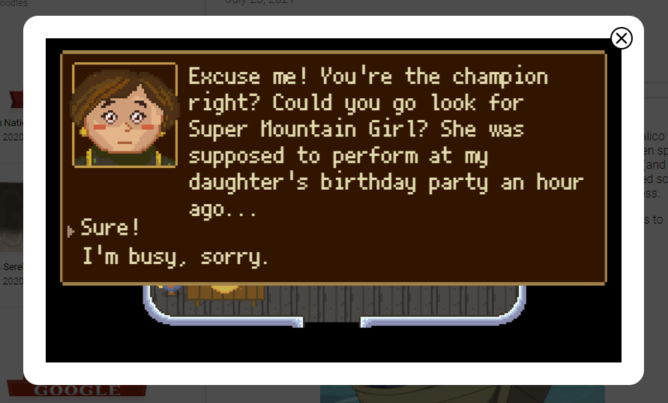 If I have one criticism, it's the music, which feels a little out of place to me. Between the high-quality, seemingly hand-drawn cutscenes and the island's depth, the music feels not just repetitive but a little amateur in production value, and doesn't quite match the ambiance. As a free browser-based game, beggars can hardly be choosers, though.

If you're interested in wasting a bit of time over the next few days, just navigate over to Google and click on the doodle to start playing — if you land on this page later, you can play it from the doodle archive here. Progress is saved if you need to split, so you can come back any time to finish things out and bring victory to your team.