After all the usual leaks and rumors, the next entry to OnePlus' budget Nord line has been officially announced. As with the original Nord and the recent Nord CE, the Nord 2 5G won't be making its way to the US. But for those of you in Europe and elsewhere, it's an intriguing smartphone, the first by OnePlus to be powered by a MediaTek chipset, the exclusive Dimensity 1200-AI.

The slogan for the first Nord phone was "Pretty much everything you could ask for" and OnePlus is doubling down on that messaging this time around by removing the first two words. This new device, according to the Chinese company, has everything it needs to be a flagship killer once more. That starts with the custom MediaTek silicon and continues through the rest of the spec sheet. It's got a big, bright display, plenty of RAM and storage, and a triple camera system headed up by a 50MP main sensor. 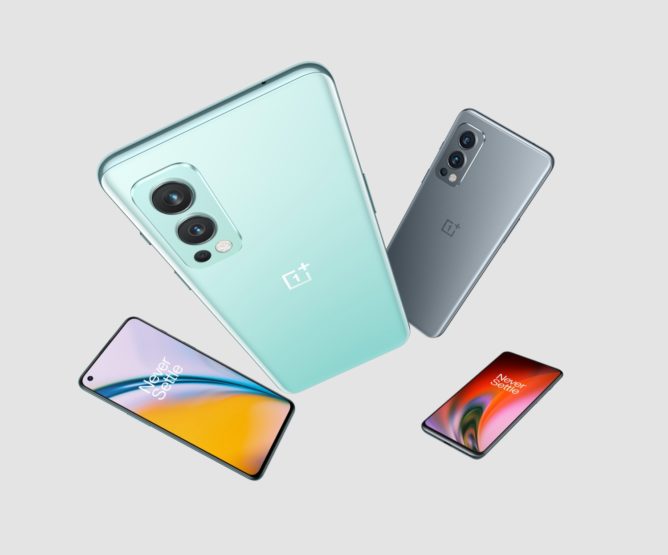 There's a £20 price hike compared to the original OnePlus Nord, but there are some improvements worth mentioning. Charging goes up from 30W to 65W with Warp Charge 65, and the battery is also slightly bigger. This promises "a day's power in a quarter of an hour." There's also faster storage — UFS 3.1 versus 2.1. While we won't know for sure until we've tested it out (currently in progress), OnePlus says the custom Dimensity 1200-AI chipset will perform at least as well as a Snapdragon 870 (the original Nord used the SD765G, for reference), even before you take into account the exclusive AI smarts that enable advanced scene detection, live HDR in video recording, color and resolution boosts for the display, and enhanced gaming performance. While the Nord 2 has two fewer cameras than its predecessor, its setup is thankfully more traditional. Dual selfie cams never looked like they would take off, and the macro/depth sensor pair on the rear were just taking up space. Nord 2 does have a mono sensor instead, which is a similarly questionable inclusion. Most importantly, the 50MP main sensor is the same Sony IMX766 from the OnePlus 9 series, so we can expect decent camera performance assuming the chipset is up to the processing task.

Recent Nord models have been somewhat disappointing, so let's hope the Nord 2 is a return to form. OS updates have become problematic for the company, but the Nord 2 should get two years of Android version updates and three years of security patches. It seems as though the app throttling nonsense from the OnePlus 9 and 9 Pro will also be happening on the Nord 2, but OnePlus is supposedly working on an option that will let users turn those "optimizations" off in a future version of OxygenOS. To see if the Nord 2 is worth your consideration, watch out for our upcoming review. 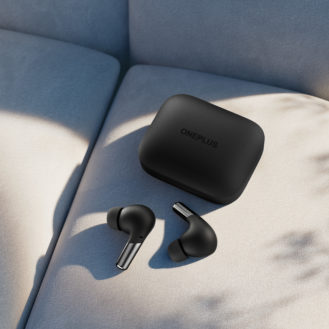 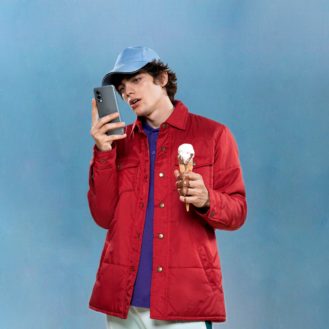 At today's event, OnePlus also took the wraps off its latest audio product. With active noise cancellation, fast charging, and a svelte new design for $150/£139/€150, the OnePlus Buds Pro could have what it takes to compete.

Pre-orders for the OnePlus Nord 2 5G will go live at 16:00 BST today at OnePlus.com/uk (along with accessories offers) and Amazon.co.uk, with general sales starting July 28. Pricing starts at £399/€399 for 8/128GB (in Blue Haze or Gray Sierra) with a 12/256GB model costing £469/€499 (in Gray Sierra). In the UK, it'll also be available from John Lewis, O2, and Three. Anyone who buys the phone directly from OnePlus will get a free Stadia Premiere Edition bundle. I wonder how many of those Google still has lying around.

In India, there will be an exclusive 6/128GB model and an exclusive Green Woods leather finish — prices start at ₹27,999. Open sales start on July 28 and buyers will get three months of Spotify Premium thrown in.