By now, many of us are familiar with Google TV, the interface layer that Google introduced with last year's Chromecast and later spread to other Android TV units. The homescreen is focused on recommending shows and movies for you, relegating some of your apps along with app search and discovery to a secondary tab. A major side effect is the lack of proper access to the full Play Store, even though the app is still there. Here are some tricks you can use to open it.

While this tutorial is focused on the Play Store, you can also apply the same steps for two other apps that are pre-installed on the Chromecast with Google TV but not readily accessible: Google Play Games and Google Play Movies & TV.

The Apps tab on Google TV is enough for launching the apps and games you've installed as well as checking out new ones to try. You can even use voice search to look for specific apps. But that's where the interface stops. If you want to manage your existing apps, manually check for updates and install them, and change settings, you need to access the full Play Store. 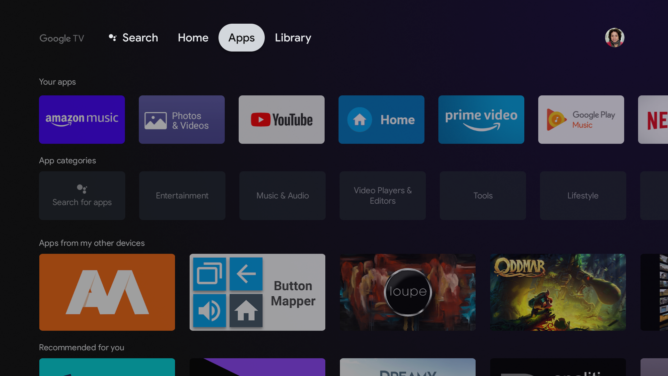 The Play Store app has tabs for browsing apps and games, but also a proper settings menu where you can manage and update the ones you've installed, switch accounts to grab apps that your partner or roommate bought, and change a few settings regarding automatic updates, payment methods, parental controls, and more. While all of this may be trivial to most Chromecast users, many of us still like having access and control over these features, and that's where opening the Play Store app is important.

The easiest way to access the Play Store on the Chromecast with Google TV is to just tap the Assistant button on the remote and say, "Play Store." 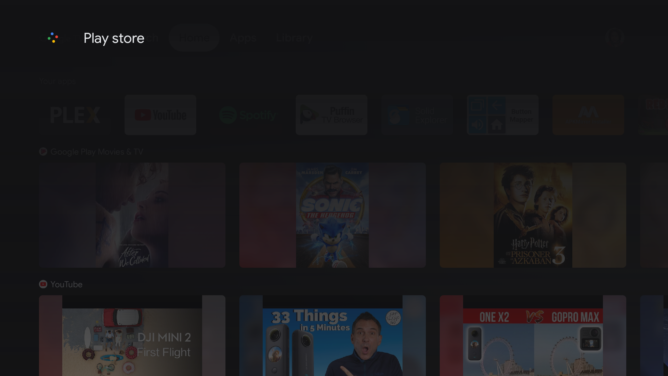 The Assistant will open the Play Store for you. It's really as easy as that. 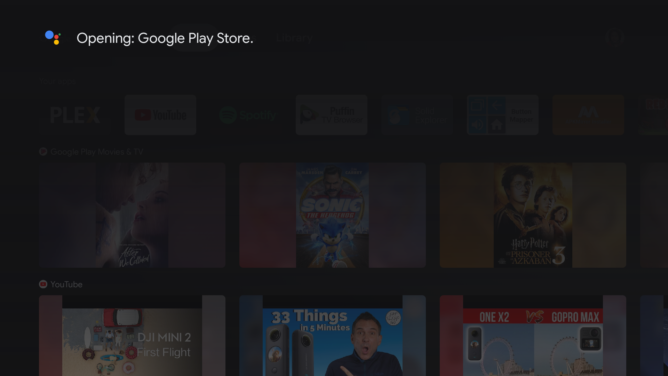 The second method is a bit more involved, but will be handy if you don't want to speak aloud or if you'd rather never use Assistant. Open the side panel on your Chromecast, then head to Settings > Apps > See all apps > Show system apps > Google Play Store > Open. The steps are outlined in the screenshots below. This third method will require a bit of a setup, but once it's done, you'll have one-button access to the Play Store whenever you want. First, you'll need to download Button Mapper and follow the steps in our previous tutorial to install it and give it the permissions it needs.

When that's done, open Button Mapper and choose the remote button you'd like to use to launch the Play Store. In the screenshots below, I chose the home button, but only when it's double tapped. To set it up, select Home Button > Double tap, and in the pop-up, switch to Applications from the drop-down and look for the Play Store. The steps are outlined below. Like the previous method, this one is similarly complicated to set up but simple once it's done. Basically, if you're familiar with the process of sideloading an APK on your Chromecast, it's a no-brainer solution because all you have to do is grab this small APK from senior XDA member edwaine and install it. It'll create a shortcut in your launcher which immediately launches the Play Store when selected. But if you've never sideloaded an app and you're not interested in doing it for other purposes, you're better off skipping this. 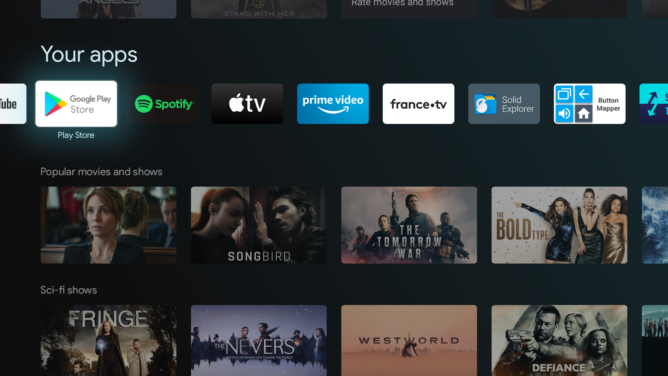 A final easy trick is to use a third-party launcher for your Chromecast. These don't replace the default launcher, but act as another app which, when opened, is just an app drawer of your installed apps. As inceptive as that may sound, the real utility here is launching sideloaded apps that work well on Android TV, but that Google hasn't deemed worthy of being officially approved to show in the launcher. The other benefit is that they display built-in apps too, including the ones Google doesn't want you to see like the Play Store. You just scroll to it and select it.

The two launchers I tried that successfully showed the Play Store are Sideload Launcher and SideApps. The former is one the trailblazers of its category, but it hasn't been updated since 2015. It still works, though, and is free without ads. The latter is more modern, kept more up to date, and is free with ads (though I haven't seen one yet). 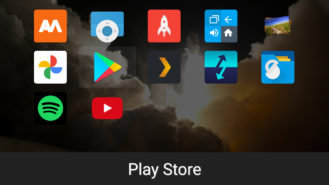 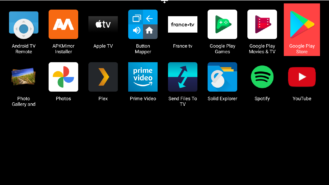 Out of all these methods, button mapping suits me best. I just do the button combo whenever I need to go to the full Play Store app and it launches, no talking to Assistant or delving six-levels-deep into sub-menus. The shortcut is another handy solution when/if I forget the key combo to trigger the Play Store with my remote.

Based on suggestions from our readers, this article has been updated with two other ways of accessing the Play Store, for a total of five.