Who doesn't like content suggestions that are perfectly tailored to their tastes? If you don't think Android TV was doing a good job at that until now, Google is pushing out a new update that works on improving just this, in addition to throwing in a couple of new features.

The new "Improve your recommendations" card on Discover will throw up a Tinder-like interface and ask you to identify which titles you like and don't. Once you've given a sufficient amount of responses for Google's recommendation engine, the Discover tab will automatically be fine-tuned to show movies and TV shows you might like. 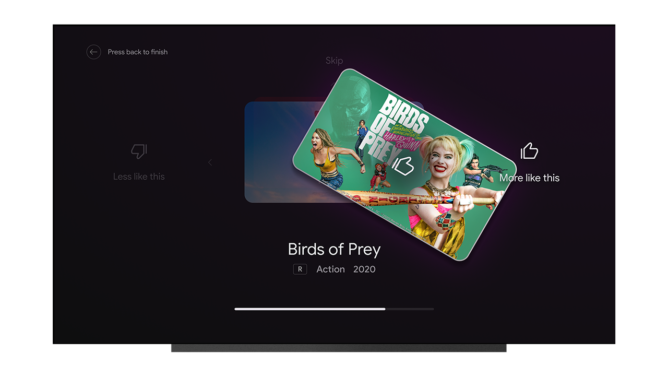 Google is also introducing support for Watchlist, first introduced with the Google TV app rebranding. As the name suggests, it stores all the titles that you'd like to watch later. You'll be able to add shows and movies on your Android TV either by long-pressing on them in the Discover tab and selecting “Add to Watchlist” or by pressing the “Watchlist” button from the details page. You can also add to this list from your phone or laptop, using Google Search or the Google TV mobile app. 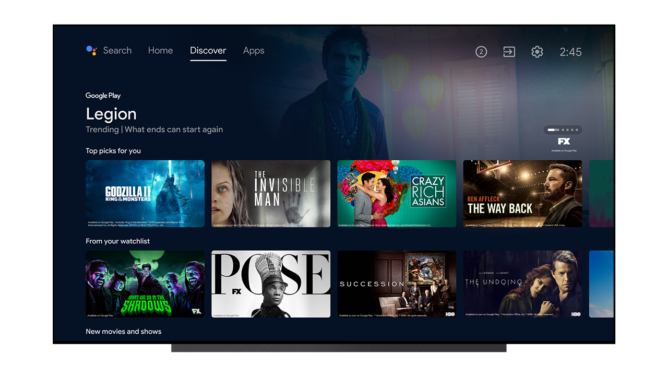 Watchlist titles will appear in a row on the Discover tab.

Lastly, Google has made the details page a tad more immersive. Trailers are easier to access and will automatically play when available. However, if you're not a fan of auto-playing videos, you can disable them in settings.

The new update is rolling out to Android TV devices starting this week, so you should get your hands on it sooner rather than later.