If you've yet to hear about Punishing: Gray Raven, you can check out the trailer above. As you can see, this action RPG offers some really pleasant cell-shaded graphics, which are very fitting for the sci-fi theme. Combat feels fast and fluid (though doge could respond quicker), and while the game's overall design plays out somewhat similarly to Honkai Impact, you can expect a few tweaks, such as a mechanic where hitting buttons in a matching order will pull off powerful moves. This adds a little bit of strategy to the gameplay, so you can't just faceroll through the game's content.

Once the game is fully installed, it takes up ~ 2.2 GB of storage. Optimization appears to be pretty good, and so my ROG 5 runs the game smoothly without ever getting too hot. Sadly there is no controller support. Neither bluetooth nor wired controllers worked. This means you'll have to play with the touch interface, which luckily works well enough, and you can customize the layout to better suit your device and hand positioning. Of course, this is a free-to-play title and a gacha game, so the entire thing revolves around acquiring new characters, which is why the game's in-app purchases range all the way up to $99.99 per item. After all, why release a new gacha game unless there's a way for customers to gamble their money away on new waifus?

So there you have it. Punishing: Gray Raven is now available in North America, Europe, South-East Asia, and Australia. It's a highly-polished action RPG that offers exemplarily graphics and interesting action combat, but since it's also a gacha game, it's monetized aggressively, though customer reviews mention that it is F2P friendly. So at least fans feel good about their draws so far. If you'd like to take a look to see for yourself how the game stacks up to the competition, you can grab the free install from the Play Store widget below. 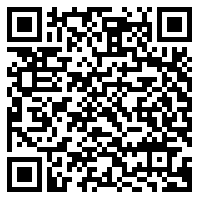 Android 12's new color-theming feature is nothing without some good wallpapers — get some ...