It would seem Square Enix still insists on making release announcements in the West using Japanese dates, which is a day ahead of the US. This is how previously announced dates, such as the July 15th date for the mobile version of Trials of Mana, end up getting released a day ahead of the actual announced time. And so, Trials of Mana is now available on the Play Store, and since this is a premium release, you can pick it up for $23.99.

Despite the fact Square doesn't understand how dates work across the globe, Trials of Mana is here all the same. This is an action RPG and a remake of the original title, so it's 3D with all-new graphics. This is a hefty game that requires an initial 1.7GB download, and once you boot past the start screen, you'll have to download even more. In total, Trials of Mana requires ~ 6GB of storage space, so make sure you have room.

As you would expect, Square has added a touch UI to the game, but it also added an auto-targeting system and an auto camera, which is how you get auto battling, also included. All here specifically to make the mobile version easier to play with the touchscreen controls, which are required since Square decided to rip out controller support. This is a challenging game even with a controller, and since we can't use one, auto-battle is going to be the key to success. Cloud saving is also in the mix, along with a few graphical settings that range from low to high, all to make this demanding game easier to run on mid-range or low-end hardware (not recommended). Unlike the Switch version, the graphics aren't too muddy, though it's clear the game is not running at the native resolution of my ROG 5, even on the highest graphical setting.

Yet again, Square has chosen to hobble a premium mobile release by excluding controller support, which makes the $24 price tag tough to swallow. While I get that the company doesn't want mobile to compete with its more expensive versions on consoles and PC, purposefully making games worse isn't a big selling point for fans looking for quality, which tends to be the crowd who are actually willing to spend $24 on a mobile game in the first place. Trials of Mana could have been a blast on mobile, but instead, all we get is a cut-rate version with horrible controls. You can count me out, but for the curious, you can purchase the game through the Play Store widget below, and remember, Google offers a 48-hour return period. 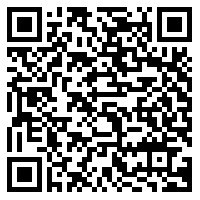 Your first chance to buy the Nothing earbuds somehow sounds even dumber than the OnePlus invite ...