It's been two months, but it would appear that it's time once again to check out the latest patch for PUBG Mobile. Tomorrow marks the release for patch 1.5, and it brings with it a host of changes, including a new design for Erangel that revolves around futuristic tech, and so Tesla (the car company) has managed to sneak its way into this new high-tech theme, which is why a Tesla Gigafactory is part of the fresh redesign for Erangel. On top of this, players can expect new firearms, a new vehicle, as well as a change to the Royale Pass that will award players faster. 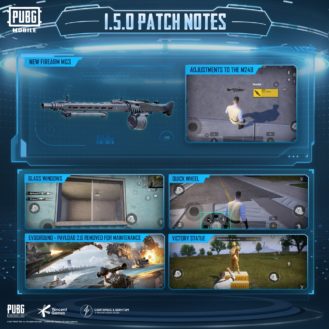 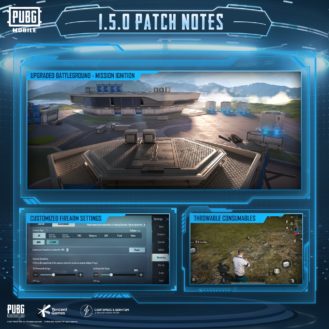 The 1.5 patch for PUBG Mobile lands tomorrow, and in preparation for this release, the patch notes are already available. The most significant change in this patch is the transformation of Erangel, where DynaHex has implemented long-term technological transformations of six major areas of the map. These changes are themed around military defense, energy utilization, transportation/logistics, and scientific research. This is all part of Mission Ignition, which also brings to the table a new weapon (the ASM Abakan), a new grip, a muzzle brake, and a drum magazine. Players can also expect to find an anti-gravity motorcycle, a tactical marking device, and a riot shield.

As of tomorrow, the new focus on technology in patch 1.5 brings with it a Tesla Gigafactory, because why release an update when you can release one that includes marketing for a smart car. Whenever you come across this factory on the map, you'll be able to assemble a car that will then drive you around autonomously to pre-set markers scattered along the highway. 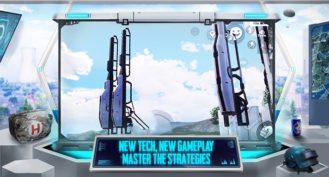 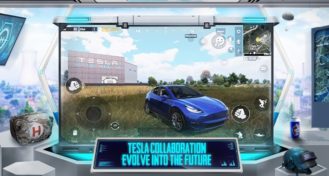 Beyond what's new thanks to Mission Ignition, there's a variety of improvements included that range from security, to features, to system changes, all seemingly for the better. The Royale Pass system also gets a slight overhaul, with rewards offers at a much faster clip. All around, this is a large patch that will require an extra 686 MB of storage space, and it will be available sometime tomorrow. If you'd like to read the patch notes in full, you can find them here, and if you'd like to install PUBG Mobile in preparation for tomorrow's update, you can grab the install from the Play Store widget at the bottom of the page.

PUBG Mobile patch 1.5 lands on Android with a new trailer in tow

As promised, PUBG Mobile's latest patch is live as of this morning. This update offers a wide selection of changes, including a redesign for Erangel that transforms six locations on the map. Players can also expect to explore a new Tesla Gigafactory, plus there are new weapons and a new vehicle. There's also a new trailer available today now that patch 1.5 is available, which you can watch above. Of course, if you'd like to check out the Play Store changelog, I've pasted it below.

So if you're eager to see what's new with the arrival of the fresh Mission Ignition theme, you can grab a copy of PUBG Mobile from the Play Store widget at the bottom of the page. If you prefer to sideload APK, then you can find it on APK Mirror.

Bixby's big new update might actually make it nicer to use

Samsung Galaxy A12 review: The weak link in Samsung's A-series