There's no question that Chrome OS does (mostly) everything these days, from productivity to entertainment. One of several aspects we've grown to love is its focus on usability, and we think Tote (formally Holding Space) is a brilliant feature that can take your productivity to the next level. Google is planning on supercharging Tote even further with a fresh update we're sure most would find handy.

We've been keeping a close eye on Tote's development since September last year, and even after its debut with Chrome OS 89, Google has been exploring new ways to make it better. Last week, Google merged a commit that makes it a go-to place for monitoring your in-progress downloads. The download functionality in Tote became available to test behind a flag in a recent Canary update and should arrive in Dev in the coming weeks. Those of us rocking the latest Canary build on our Chromebooks can give it a shot by copying and pasting the following URL in bold into Chrome's address bar.

Show in-progress download functionality in Tote to increase productivity by giving users one place to go to monitor and access their downloads. – Chrome OS

Switch its drop-down box from Default to Enabled, then restart your Chromebook. Once your desktop comes back into view, you'll see an updated Tote once you've download any file online.

Managing downloads with the updated Tote is a lot easier.

Whenever you download a file, Chrome OS will tuck it into Tote and add a slick blue progress ring around it on the taskbar. If you're downloading multiple files simultaneously with Tote's previews turned off, the progress meter will update to show the most recent in-progress download. Expanding Tote will reveal how much space the file will take once it finishes downloading, along with a pause and stop button. Along with the progress meter, the update also adds a second row of recent downloads, which addresses a complaint we felt limited Tote when Google lowered it to two downloads during its development.

I've said it before and I'll say again: Tote is a game-changer. As a student, I'm always downloading lecture notes and assignments from my professor's class portal. With Tote, I'm able to pin essential documents to the shelf so I can access it quickly, an incredible time-saver for my workflow. I can also seamlessly drag photos out of Tote and drop them into my Google Docs, saving me clicks. It's naturally found its way into my workflow even with its occasional quirks during development, and the new download monitoring feature takes its usefulness to the next level. It's a feature that I honestly think Microsoft should copy and implement into Windows. 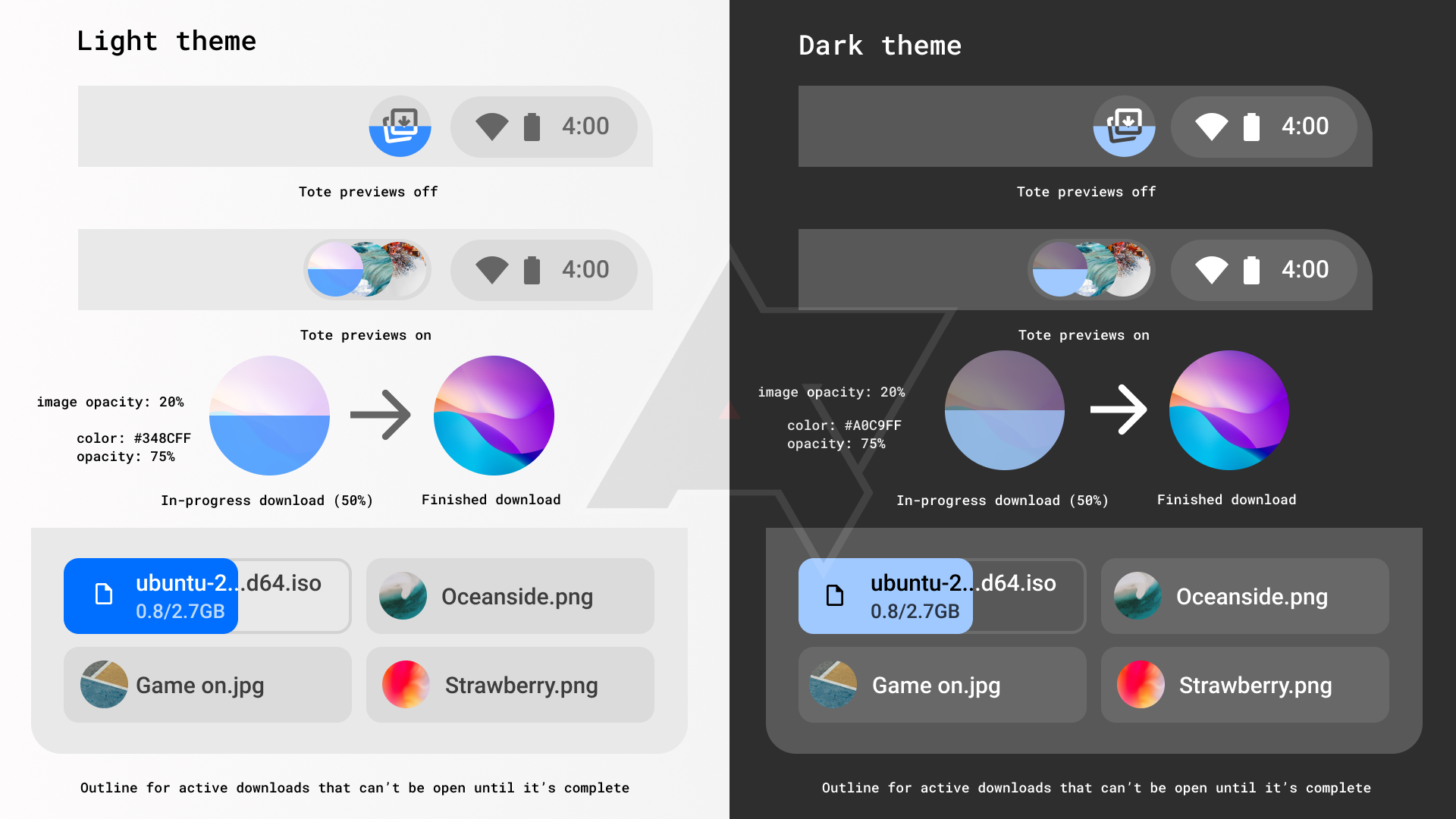 A mock-up I designed that could address the lack of the progress ring's visibility on the shelf.

There's not much to complain about the new download monitor in Tote — it's surprisingly polished despite its young age. I think Tote could definitely offer more information about the in-progress download behind a tooltip, like how fast it's downloading and estimated time before it completes. The progress ring could also be a little hard to see when an adjacent file's icon on the taskbar is nearly same color as the ring. To fix this, Google could explore with a progress bar that fills up depending on how much the file downloads. I'll continue to keep my eye on this feature and will update this article if I discover substantial changes. With any luck, it should arrive in the Stable channel soon.

Nokia 5.4 review, one month later: Price is a feature

OnePlus 9 Pro review: Updates are good... except when they're bad