The official F1 2020 game has been pulled from the Stadia Store in the wake of a save corruption issue. Previously, the company pulled the game "offline" and prevented customers from playing it following those first reports of save issues. A community representative has since stated that it is now playable again for those that already purchased it, but the game has been pulled from Stadia's digital shelves until a solution is found.

A handful of reports yesterday indicated that some F1 2020 players on Stadia were losing their game progress. Google appeared to act very quickly, pulling the game offline shortly after acknowledging the problem, likely in an attempt to limit potential damage caused by the bug. Those affected saw one of a pair of error messages, either providing no details or explaining that it had been pulled offline. 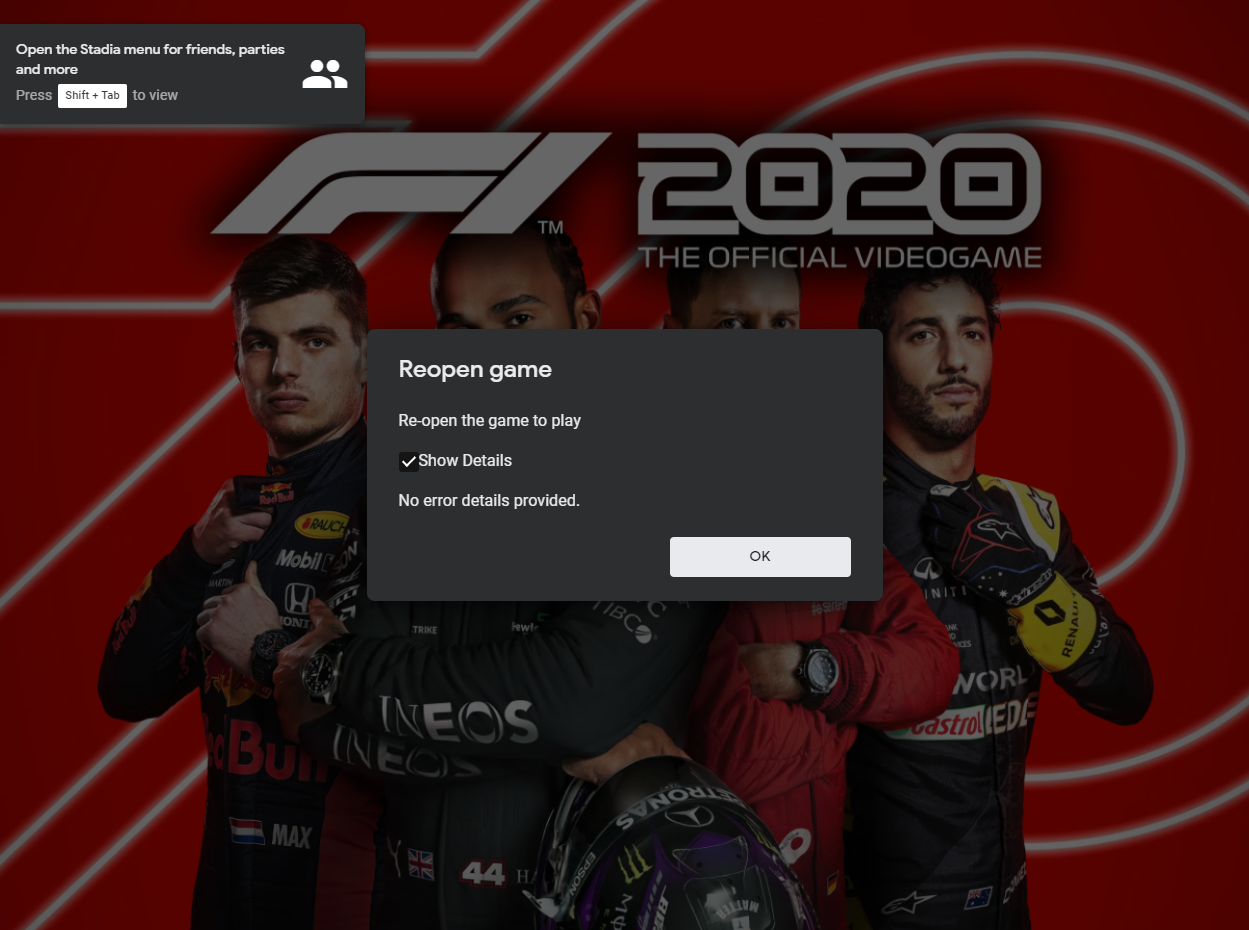 One of a few error messages customers may have seen while the game couldn't be played yesterday. Image via u/faz712.

Luckily for fans, the game was made playable again last afternoon for those that already had it in their library, but new customers will be unable to purchase it from the Stadia Store until a fix is found, according to the details provided by a community representative:

"Hey everyone! Thanks for making sure we saw this issue -- we really appreciate that.

We are currently looking into potential fixes, but I can't provide an exact timeline at the moment. When I have more news to share, I'll update my comment here. Thanks again for your patience while we explore options!

The game is currently playable for those who had previously purchased it, but it is currently unpurchasable in the Store until we have a more permanent solution in place. Thanks for your understanding! Keep an eye here for more updates later."

Several long-time Stadia Pro subscribers may have the game, as it was free back in January, though as the date suggests, it was released back in 2020 (in July). 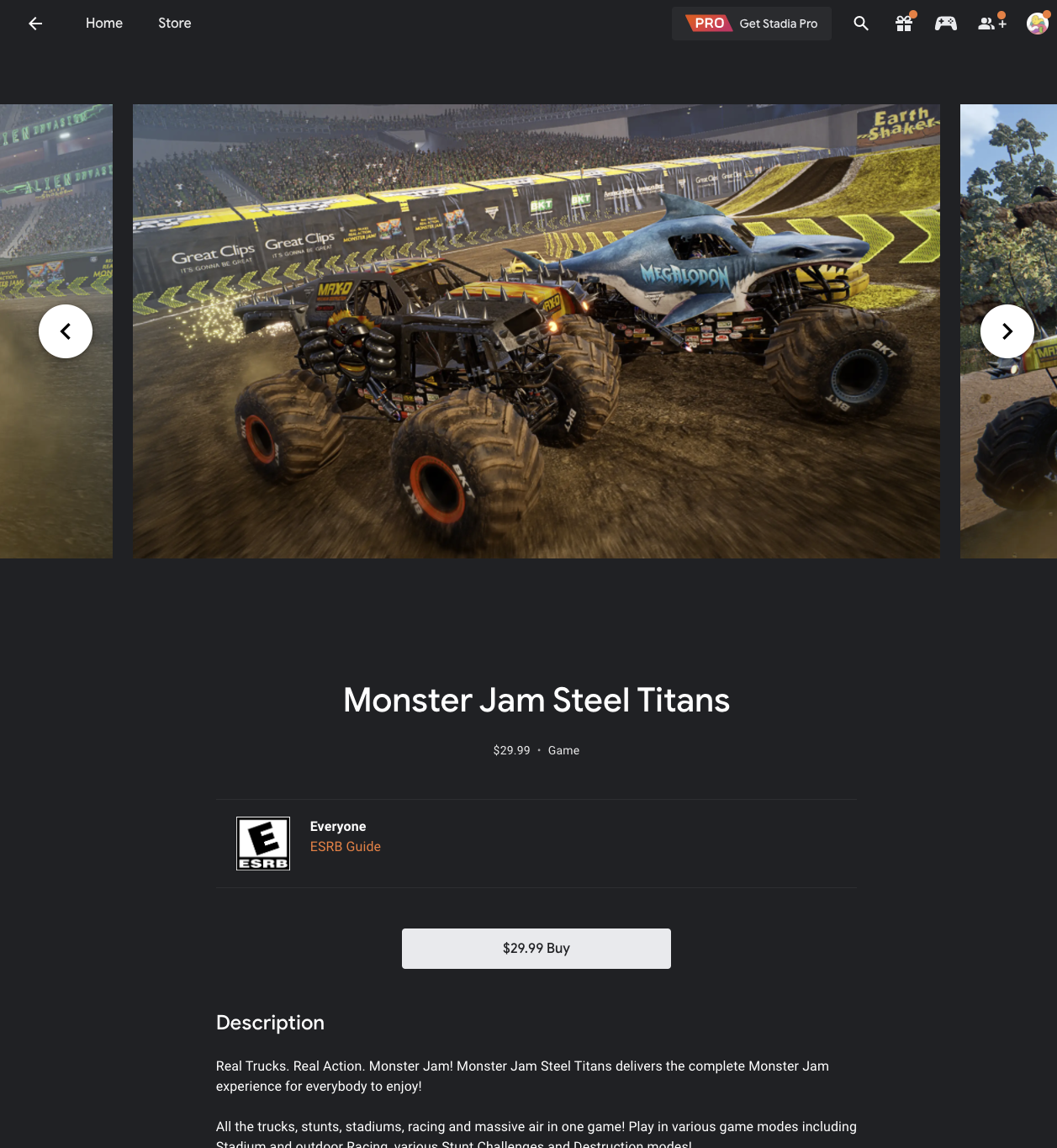 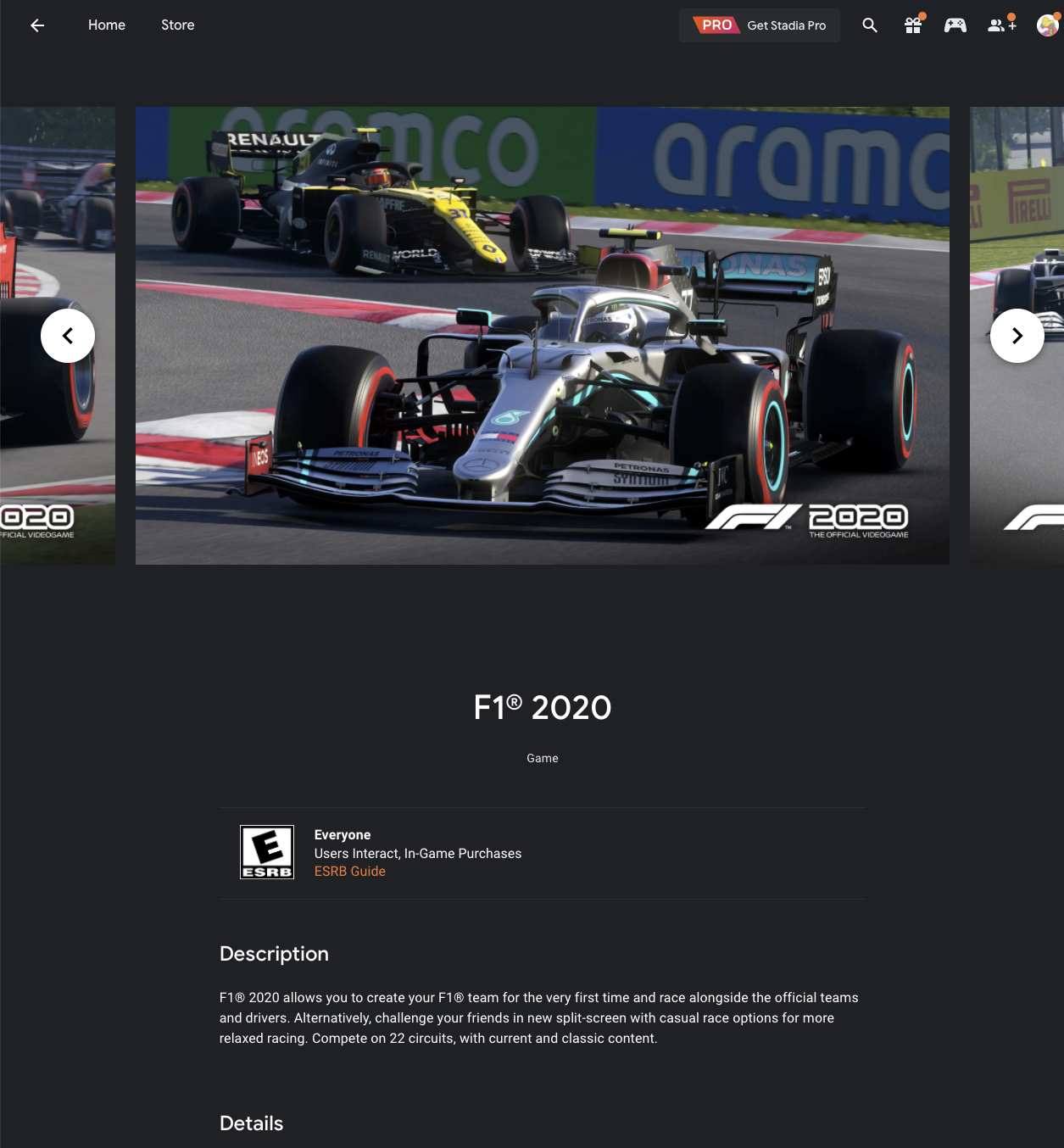 Though the F1 listing is still up at Stadia's storefront, the link to actually buy it is gone, and it sounds like that will continue until the issue is fixed. Other platforms show similar save-loss complaints stretching back to late last year, so the issue may not be Stadia-only, though this could be a problem specific to the platform. Hopefully, Google, Codemasters, or EA can fix it either way.

Watch a Red Magic 6 vivisected, broken, reassembled, and MacGyver'd back to life

Nokia 5.4 review, one month later: Price is a feature