Google's anticipated Pixel 5a 5G has just been spotted at the FCC, revealing a few key details as well as some anticipated timing. In addition to confirming three specific model numbers for the phone with varied carrier band support, the timing quite clearly indicates that a launch for the new mid-ranger should be happening soon.

Though the filings don't state product names anywhere that we can find, these three devices are very clearly the Pixel 5a: One of the model numbers has been associated with the phones in previous leaks, they're Google-made Qualcomm-powered devices with their FCC ID on a screen (not a label), and they support cellular bands. There is nothing else they could be.

The G1F8F supports the most 5G bands out of the three models that have hit the FCC so far, together with support for all the LTE bands you'd expect, but no mmWave. If I had to guess, I'd say this is the version coming to the US, given the support for CDMA and the specific 5G bands (like n66, n2, and n41) that it can use, which seem to target US carrier support. 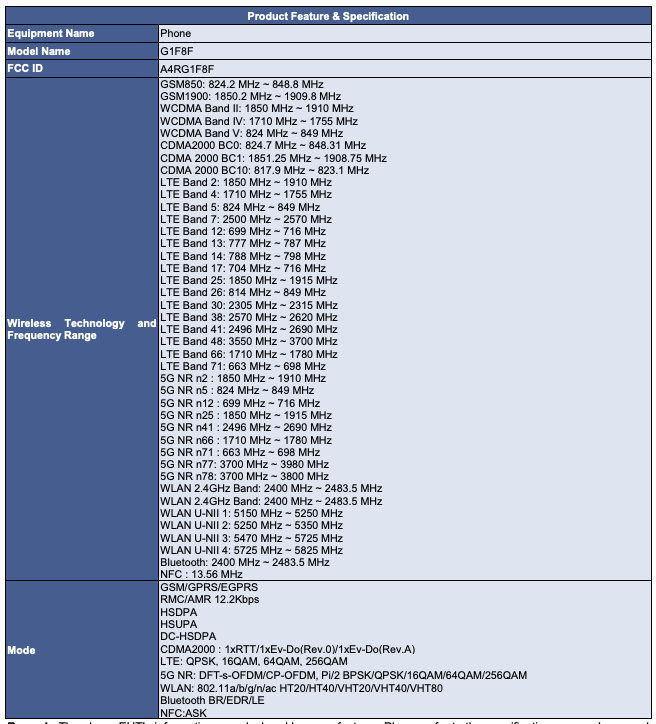 There's are also GR0M2 and G4S1M models, which support difference frequencies: namely, no CDMA and cut-down 5G, as both the table of frequencies and a "Model Difference Information" section of the filing state.

GR0M2 was previously confirmed to be an international version of the Pixel 5a 5G, and I'd expect the same of G4S1M. However, this is a little curious. 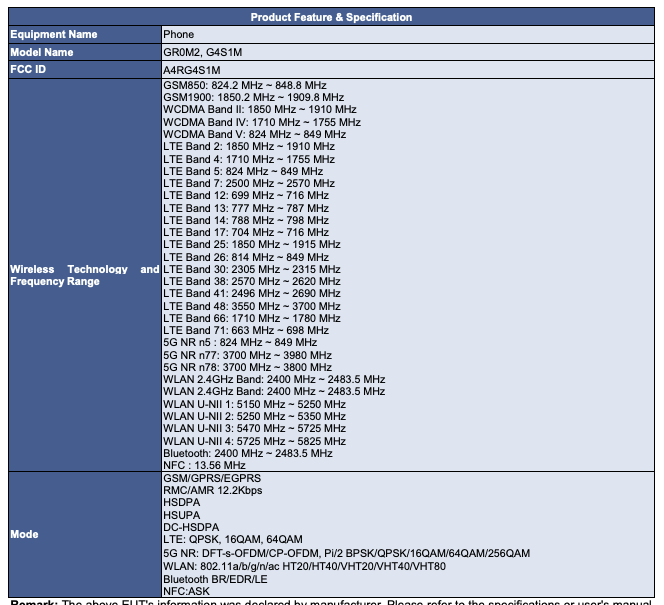 Contradicting unfounded rumors that the phone had been canceled, Google stated that the Pixel 5a 5G was coming specifically to the US and Japan, without naming other markets. But, it seems to us, there's little reason to release two different models with international support specifically for Japan. Either a wider international release is simply planned for later, or something else is going on when it comes to which models are destined for which markets.

Leaks indicated that the Pixel 5a 5G would have several similarities with the Pixel 4a 5G, but one thing it doesn't appear to share based on today's FCC data is mmWave support. Last year, Google released a version of the phone specifically for Verizon that supported Bands 260 and 261 on big red, and none of these filings indicate similar support for the 5a 5G. Perhaps Google's relationship with Verizon is starting to sour, or the mmWave model of the 4a 5G didn't sell well enough last year.

We've heard surprisingly little about the Pixel 5a 5G, given its release is apparently right around the corner, but it seems like it's going to share many of its specs with last year's Pixel 4a 5G, including display size and cameras. I wouldn't be surprised if it used the same Snapdragon 765G chipset as the 4a 5G as well, though I don't think that's been explicitly confirmed yet. Not that we have long to wait to see. Leaks indicate the phone should land some time in August.

Bowers & Wilkins PI7 review: Even great-sounding earbuds aren't worth this much