If you're still using an Android phone from the first half of the last decade, it might be time to upgrade. If not for all the many already-obvious reasons, then for one more today: Google has just discontinued Play Services updates for all phones running Android 4.1-4.3 Jelly Bean after August 2021. As part of the news, Google has also revealed that Jelly Bean phones now account for less than 1% of active devices as of July 2021.

Some of you might be surprised to hear that Google was even deploying Play Services updates to such old devices, but such is the modularity of Android. While system updates remain critical to customer security, Google can and has decoupled many software details out under separate modules and systems, and it maintains its own software stack and SDK for "extra" features with Play Services, offering plenty of functionality and integrations through it.

When I did our Decade of Android Nostalgia series back in 2018, I was stunned to see many features I associated with newer phones working on old devices like the Nexus 5 and Galaxy Nexus. Many of them were tied to Play Services, making the old phones still feel new in small but oddly important ways. And this breaking-out of software features into separately updatable bits is key to Google's software approach for Android going forward, amplified by things like Project Mainline. Someday, Android versions won't even matter when it comes to customer security. But, that day is not today, and it's definitely not happening for Jelly Bean.

Though Jelly Bean-powered devices will still "work" without continued Play Services updates, this change means a whole lot of things could start to break over time, potentially including the Play Store itself — that means no apps or app updates, if it happens. The writing is on the wall for these phones. 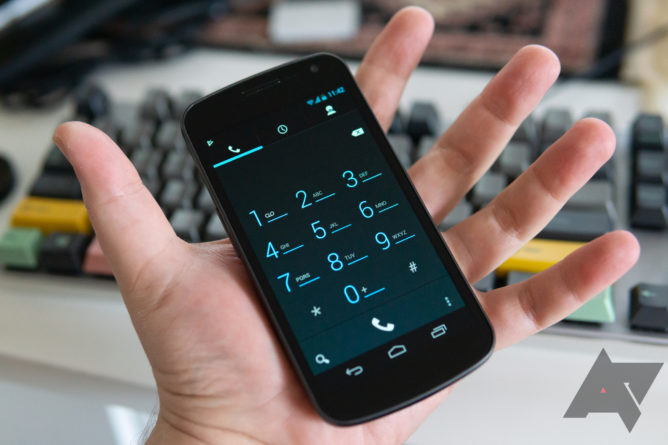 Google's last Play Services update for Jelly Bean devices (a name that covers the range of Android releases from 4.1 to 4.3.1, if you don't remember) will be 21.30.99, planned for an August release. After that, Google won't be providing those devices with any more updates — backporting features has now become too big a pain, and Jelly Bean accounts for less than 1% of active devices. And it had a good long run, Google's dropped support for Play Service ICS/4.0 updates much more quickly back in 2018.

On that note, Google hasn't shared Android platform distribution numbers regarding Jelly Bean for quite some time. As of May 2019, Jelly Bean accounted for 3.2% of devices, so it's declined substantially since then. With Android's historic tendency for obnoxiously small numbers of ancient devices to stay active, 1% seems like a more than reasonable cutoff for support. 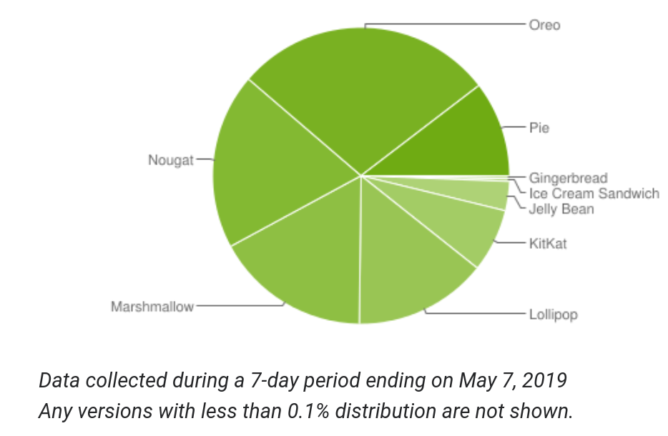 Jelly Bean is less than 1% of the pie now, down from 3.2% the last time Google cared to tell us.

Google recommends that developers also stop targeting older API levels if they use Play Services SDK, targeting either a minimum of API Level 19 (i.e., Play Services for Android 4.4 Kit Kat), or that developers start packaging multiple versions of apps to continue maintaining support — they can read more technical details at the official announcement on the Google Developers blog.