Great excitement accompanied the launch of Chromecast with Google TV, much of it around the new interface and what looked to be a much more robust recommendations system. The watchlist syncs with your Google account and, in theory, the For you screen should show you closely-matched content based on your search history, likes, and past viewing. There's even a screen where you can train it to know your taste better, but it's completely borked right now.

You may have seen the below card on your Google TV homescreen, asking if you'd like to improve your recommendations. You can also access it by going to Settings > Accounts and Sign In > Your account > Contact preferences. You're then shown a series of TV shows and movies and asked if you'd like more or less of that type of thing, or you can scroll to the next in order to skip. That last option is what you'd likely use if you have no strong opinion or haven't heard of the media in question. The problem is, Google's system is reading all those skips as likes, which is probably filling your recommendations with unwanted cruft. 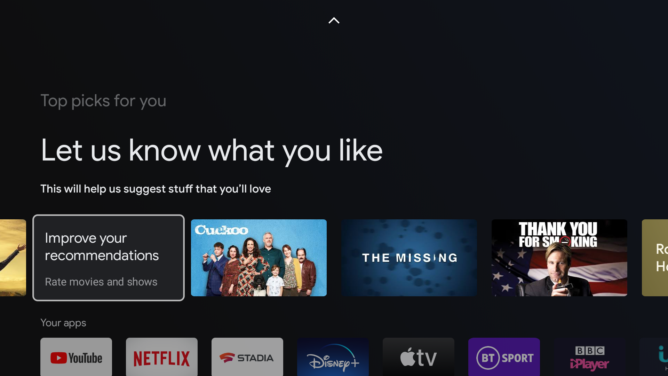 We know this thanks to @dancer_ve (via 9to5Google), who points out that you can see the history of your reactions at google.com/search/contributions/reactions. I went through a bunch of suggestions myself and liked, disliked, or skipped — sure enough, on checking my reactions, all of the items I skipped are appearing as likes. That's bad enough, but at least there's a way to remove the reaction, right? Well yes, but it only seems to work for the first 10 entries. Everything that appears after hitting More results a the bottom can't be deleted due to yet another bug, so I'm now stuck with King Gary in my likes despite not having a clue what it is. As amusing as the "trials and tribulations of 'geezer diva' Gary King" sounds, I'd rather remain indifferent towards the show as far as Google and my future recommendations are concerned. 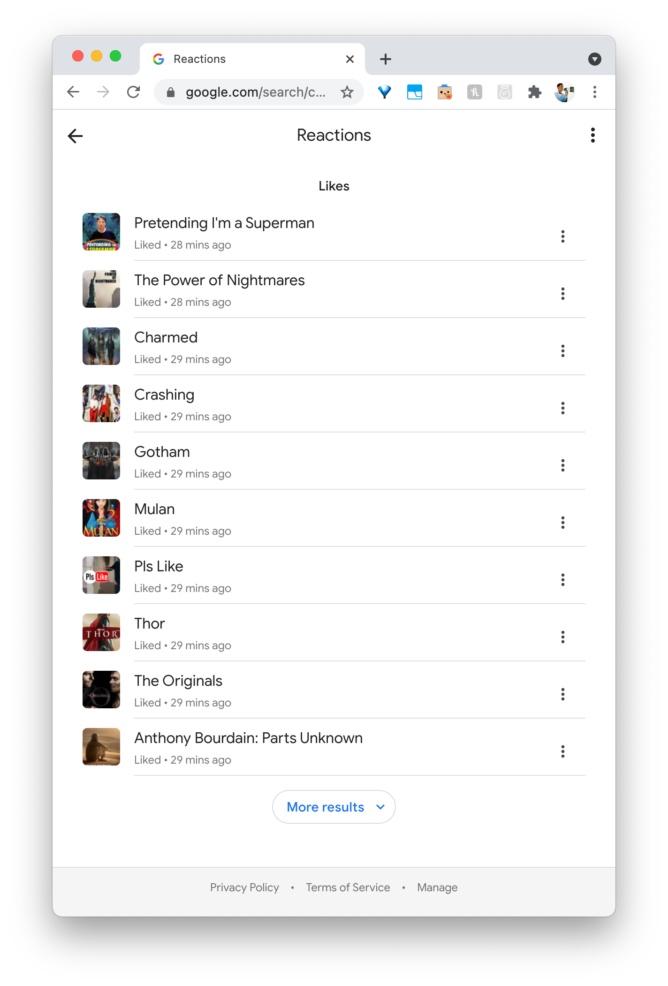 For many people, this won't be an issue, but if you've spent any time at all trying to train your Google TV to offer better recommendations, you've potentially done the opposite and completely ruined them. And there's no easy way to change the algorithm's mind without simply disliking stuff as and when you see it appear on the For you screen.

I'm sure there's some innocent bug or oversight behind this, but it's really not the type of feature Google should be getting wrong, not when the consequences are potentially quite far-reaching and difficult to amend. Okay, so this isn't the worst thing in the world — we've all got far more important things on our mind, I'm sure — but it is pretty annoying. 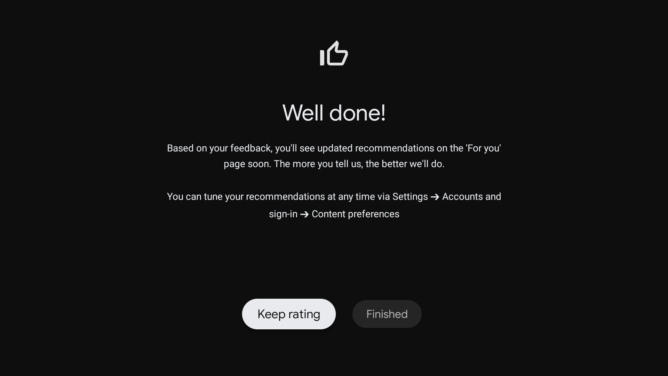 No, Google, not well done. Very badly done, in fact.

If you're listening, Google, please fix this and, if possible, correct the mislabeled reactions on people's accounts. It's in your best interest, really, if you want Google TV to offer a compelling experience, as it does in almost every other way.

It's already been fixed

In what must be a new record for a bugfix like this, Google appears to have already rectified the situation. As reported by 9to5Google, the recommendations feedback system on the Chromecast with Google TV has now been fixed so that skipping shows and movies won't add them to your liked list. I was able to verify this by heading to my reactions screen and seeing that all of the errant likes from my previous testing have been removed. I also checked that new reactions are behaving as they should, and sure enough, it's all working correctly now.

It's still not possible to remove reactions from below the 'More results' line on that page, but now that this bug is fixed, we shouldn't need to do that anyway. We might have expected this to go unaddressed for weeks or months, so kudos to the Google TV team for patching this so swiftly.

The best Bluetooth headphones or buds aren't the highest spec'ed