Anyone with a Chromebook knows its tablet mode experience could definitely use a ton of work. As things are now, it's frustrating to multitask with side-by-side windows: dragging the window divider causes severe UI lag, screen tearing, and flashes, even on a high-end machine. Worse, the sluggish performance has been around for years — it's a contributing reason to why Google stopped pursing tablet devices. And despite the massive amount of media backlash, it's received nearly zero developer attention, leaving a broken experience behind. Yet now there's hope that story may finally change soon.

In exciting news recently spotted by ChromeUnboxed, work is being done to mitigate the severe UI sluggishness when resizing windows with the split-view divider. With this improvement in tow, multi-window productivity on Chrome tablets will be a lot more pleasant to use — hopefully spelling an end to the eyesore lag that's all too apparent today. Since the improvement refactors things quite a bit, the developers gated their efforts behind an upcoming Chrome flag, which you'll be able to enable and test once it lands in Chrome OS Dev and Canary. 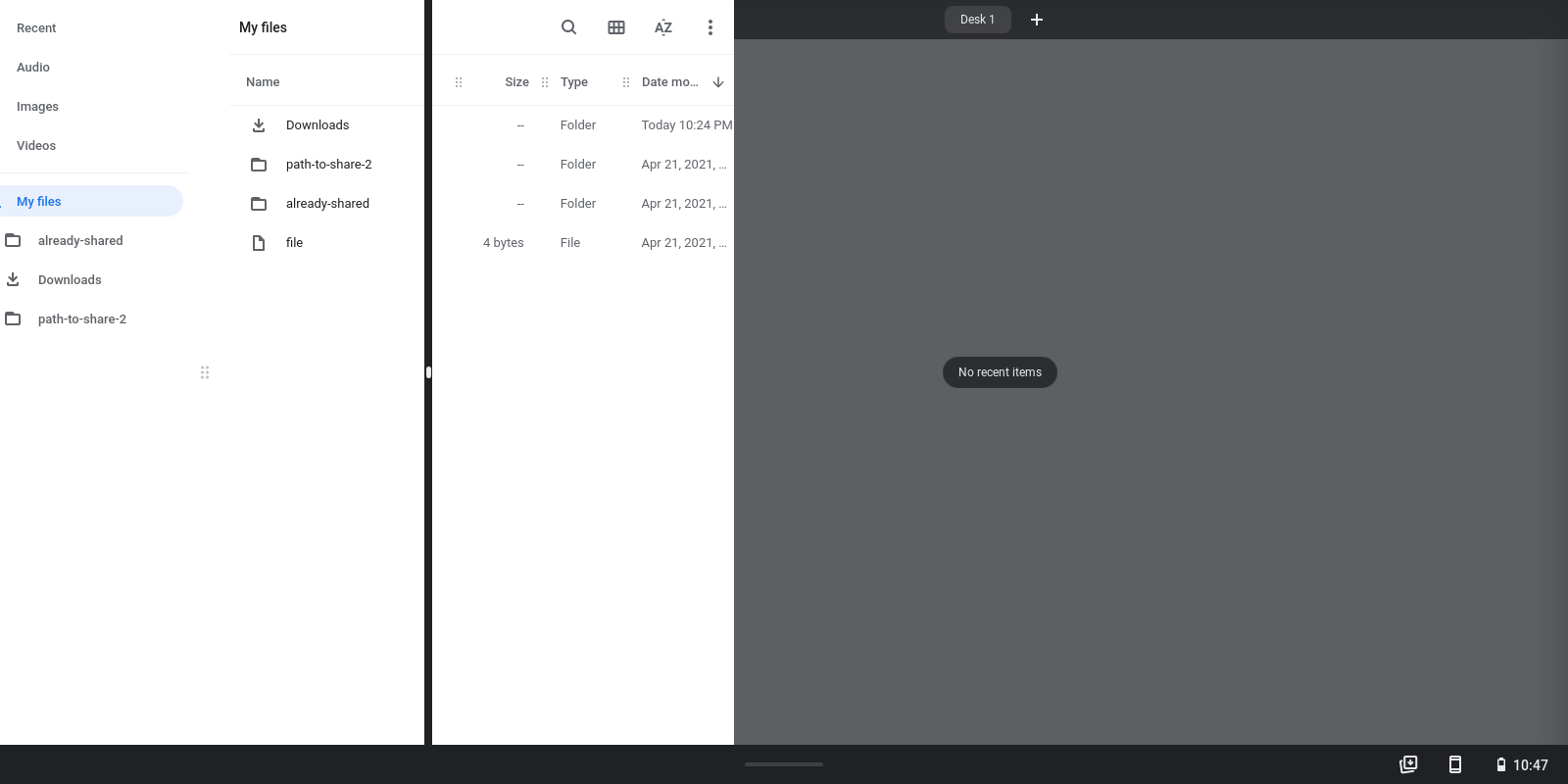 ChromeUnboxed filed a report over at the Chromium bug tracker two years prior in an effort to bring attention to the issue — it's since accumulated over 350 stars. Previously, Chrome OS resized snapped windows concurrently, which taxes the CPU depending on how heavy the webpage or Android app is. Snapped windows shot past the divider because it would lose its scale effect right after the user stopped dragging. 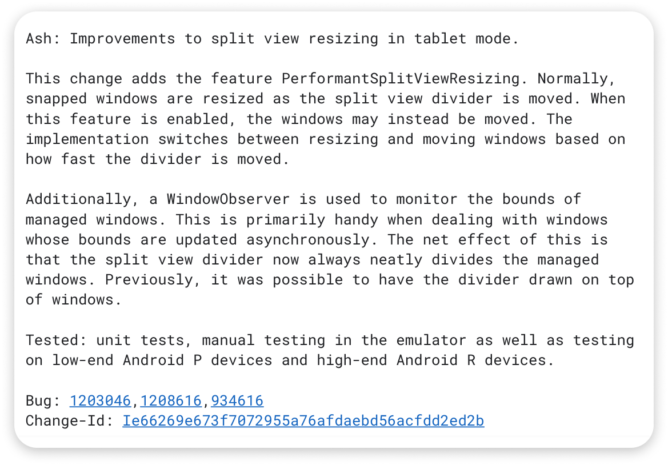 A future update will improve split screen performance and fix its bugs on Chrome OS.

With this upcoming change, Chrome OS will dynamically switch between resizing windows and moving them depending on how fast you fling the divider. If you resize the window faster than 72 pixels per second, Chrome OS will move the window instead, which is computationally faster than scaling it and redrawing. The code change also adds an observer that allows your Chromebook to identify the snapped application's bounds and neatly divide it without overlapping the divider.

It's about damn time! I'm still baffled that it took this long for Google to recognize how awful its tablet mode experience has been. In its current state, multi-window is quite unusable, removing much of any reason to use my Pixel Slate as a tablet. It's even worse on low-end Chromebooks since they don't have the horsepower to provide a smooth experience. The new code could finally close the curtains on the laggy mess that honestly should've been Google's top priority.

As a side note, I think the backlash that ChromeUnboxed got from filing the report was very much unwarranted. While I'm glad Google decided against the iOS approach of blurring snapped windows because of its negative impact on usability (which I expressed on the bug), shining a spotlight on serious bugs like this benefits all parties and helps the platform move forward. Time will tell how effective Google's approach will be — I'm just happy this issue is finally getting the attention it deserves.

14 new and notable Android apps from the last two weeks including Stadia for Android TV, ...