Last year, Samsung heard users' frustrations dismayed at the skyrocketing prices of flagship devices like the Galaxy S20. So it came out with its first "Fan Edition," the S20 FE, which was pretty much the same hardware with some strategic corners cut to make a dramatic decrease in the price. We've been hearing about this year's version of the phone since April, but today we get to see it in no less than four different flavors.

A single leaked render posted by Android Headlines shows the Galaxy S21 FE in four colors. Like the S20 FE before it, it follows the general layout of its namesake, with the distinctive rounded camera module hugging the top-left corner of the phone's rear. The S21 FE appears to be using a fully plastic body, allowing the same color across the camera and edge elements. There are three rear camera modules in a significantly smaller "bump," but their capabilities aren't known; the S20 FE had a significant downgrade in camera power. 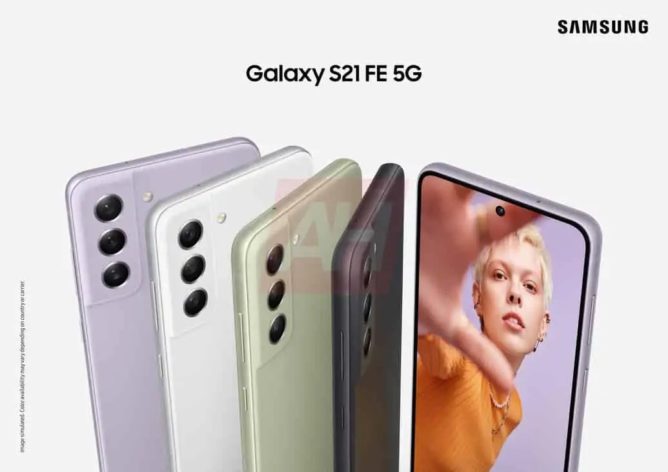 The S20 FE was on the larger side with a 6.5-inch 120Hz LED, and given that bigger phones tend to sell better, it's a safe bet that the S21 FE will follow the same template. Assuming that it sticks with the same chipset as the main line, as was the case last year, we'd be looking at a Snapdragon 888 machine somewhere around the $600-700 mark.

Of course, nothing's confirmed until it's confirmed. But with Samsung recently spreading its "FE" label into the tablet space, it looks like the company is banking on it as a reliable way to get some extra sales in the middle of the yearly product cycle. We eagerly await some more concrete info for the S21 FE.