Joining the likes of 2006-era MSN Messenger and Google Hangouts (which it replaces), Google Chat has picked up support for custom statuses. Previously teased as part of the "Spaces" tweak expected to roll out this summer, the feature is live now for Google Chat on the web, both in the Google Chat web app and Gmail, and lets you set custom text, an emoji, and a date to clear the status after. The process, first spotted by AP Alumnus Ron Amadeo, is pretty simple. In the Google Chat web app and Gmail, you have a status chooser near the top right corner. Click it, and together with the pre-defined automatic, do not disturb, and away options, you should see a new "add a status" option. Click that, and you can choose from either a handful of suggestions or create your own status from scratch, assigning it an emoji and text. 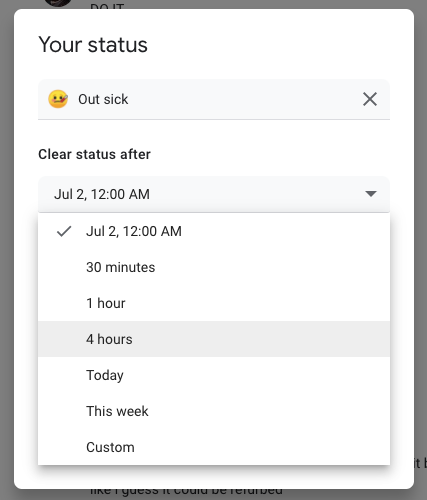 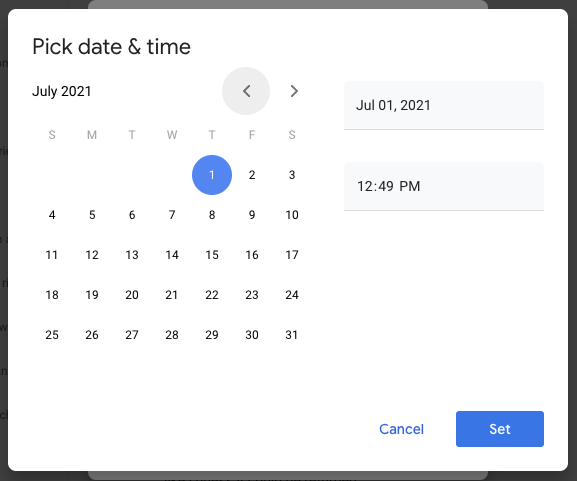 You also have to set a custom time to clear the status. There are a few presets like thirty minutes and "today," but you can also open a material-themed calendar picker and set a custom date and time. That makes it handy for things like vacation, unexpected events, or even potentially for coordinating things with teammates.

The new statuses are still at least a tiny bit buggy as well. While testing the custom statuses with a buddy of mine (Thanks: Sam Griffin), the emoji status disappeared for him at one point, though it mostly worked otherwise, with the custom status appearing as expected beneath my name in the conversation view.

Custom statuses in the Google Chat web app (above) and Gmail (below).

Custom statuses can be both set and seen in Gmail and Google Chat on the web, though neither works for the mobile apps yet, so far as we can tell, and we'll let you know when it rolls out to other platforms.

Google TV would like you to care what celebs are watching

All the games on Google Stadia (Update: Streets of Rage 4 and Darkwood)