We've been waiting a long time for Google to improve the integration between Chromebooks and Android phones. Phone Hub for Chrome OS is Google's answer to Apple's tight ecosystem, implementing competent cross-device sync that was sorely lacking before. And Google plans on kicking the platform synergy up a notch with two upcoming Phone Hub features — one of which is locked as a Pixel exclusive.

We've been tracking Google's efforts to bridge the gap between Android and Chrome OS with Eche, and over the last few months, more details have emerged on the Chromium repository. We recently discovered a new commit that, when switched on, integrates Eche directly into Phone Hub. If you own a Pixel phone, you'll be able to take advantage of it once the flag and server-side update to Play Services become available. 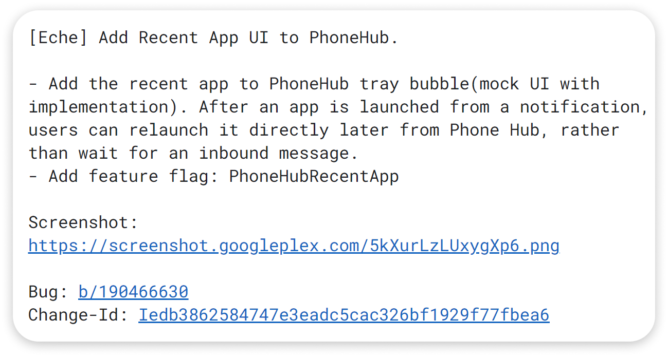 Phone Hub will provide a quick way to relaunch recent apps streamed from your Pixel.

The commit above illustrates how Eche will play a roll with Phone Hub. When a user streams multiple apps from their Pixel through the Eche app, Chrome OS will keep track of them inside Phone Hub so you can quickly pick up where you left off. It will populate recent apps in a single-file line, shifting items from right to left as the user streams more apps. They could take nearly as much space as Recent Chrome tabs, with moderate-sized buttons as shown inside recent_app_view.cc. Clicking on the button will begin the stream, as described in the unittest file found in a separate commit.

Along with Eche, the company announced instantaneous access to your recently taken smartphone photos at Google I/O 2021. Chrome Story discovered its Chrome flag when it got merged not too long ago, and just today, the switch made its way to the latest Chrome OS Dev update.

Before you get too excited, the feature is not functional right now, even with the flag enabled. However, you can turn it on anyway so it's ready to go when it rolls out properly in a forthcoming update. 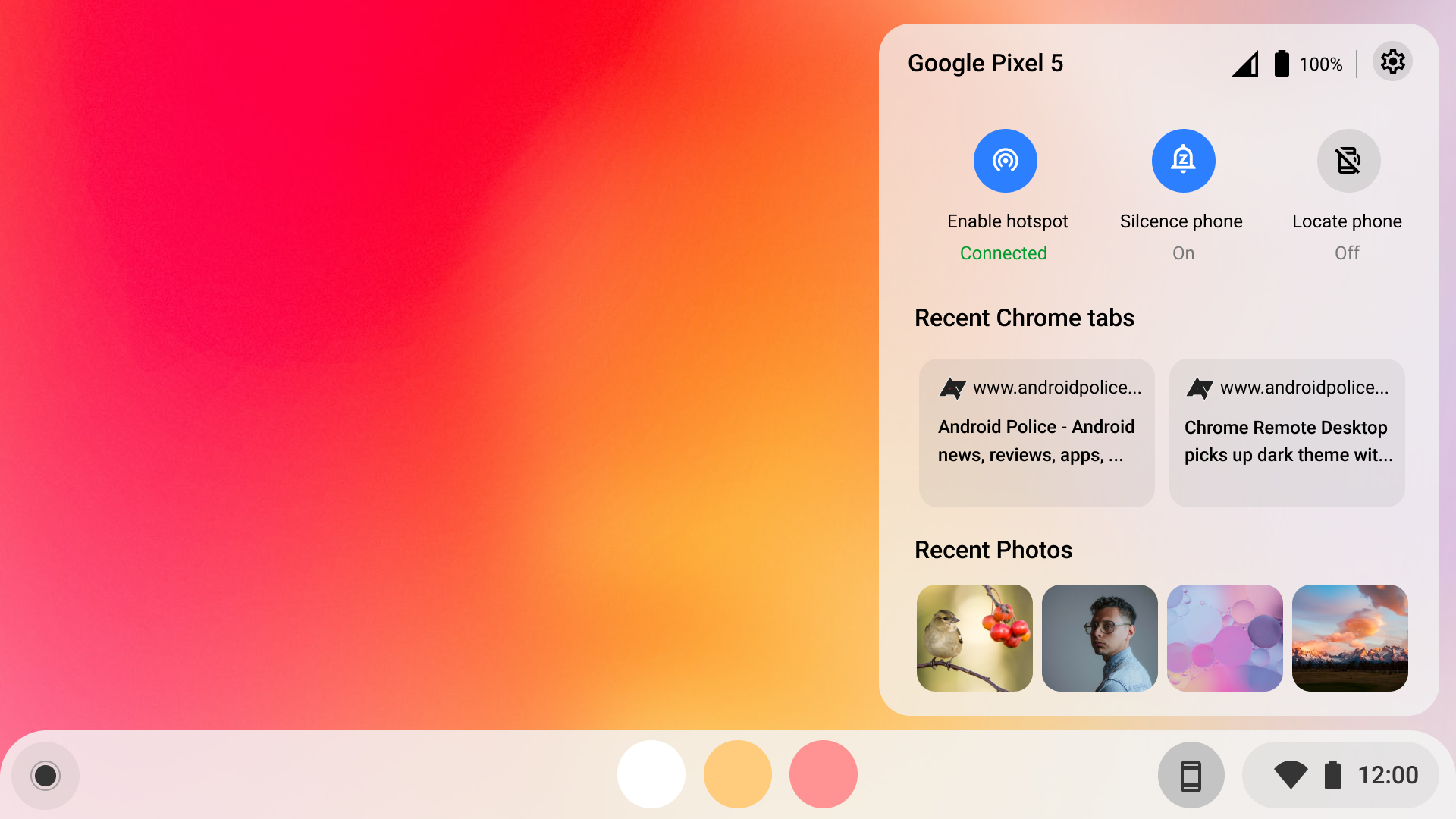 Even if your phone is in another room, you can quickly access your snapshots through your Chromebook's Phone Hub, edit them, and share on your preferred social media platform. While Google vaguely says that the feature is "coming soon," the Chrome flag is evidence you won't need to wait much longer. Since it's not working right now, we designed a mockup of what it'll look like based on the demo shown at Google I/O.

As a full-time Chromebook user, I'm very much looking forward to the slew of improvements on the way to Phone Hub. While its initial release lacked useful features such as remote control that its competitors already have, the upcoming features further enhance Google's cross-platform synergy in its ecosystem — so long as you use Google's Pixel phones.

And that's where the fundamental problem lies. By making Eche Pixel-exclusive, Google is indirectly holding back Android as a platform. Hardware OEMs like Motorola can't deliver the best software experience if they're partnering with a company who aren't willing to give them the right tools to make the best product possible. Sure, Samsung had its exclusive with Microsoft's Your Phone on Windows, but that doesn't give Google a free pass to do the same — Microsoft doesn't control both operating systems like Google does in this case. It feels like non-Pixel Android is getting the short end of the stick, despite being made by Google itself.

Despite my complaints, Phone Hub is still a compelling product that is sorely needed. If Google plays its cards right, Phone Hub could be influential in convincing Android phone users to switch to a Chromebook. Time will tell if Eche will be restricted to Pixels long term, but I really hope that won't be the case.