Though the company hasn't made a big deal about it, sometime in the last year, Samsung changed its policies for Enterprise Edition "security maintenance releases," extending the window that devices like the Galaxy S21 and S20 series can expect software updates. The change dates back to at least March or January (if not earlier), but Samsung is now promising up to five years of updates for businesses that opt for them as part of the Enterprise Edition support. That's a software update commitment that almost rivals Apple, though unfortunately us general consumers won't enjoy the same duration of updates unless they happen to trickle down somehow.

Though the news of the change is circulating widely now as if it were a new event, archives of Samsung's site dating back to January 2021 make reference to the five-year support window for Enterprise Edition devices, and the table of supported lifetimes hasn't changed since March. While it could vary by market, Samsung promises up to five years of security patches (via four years of monthly updates and one year of quarterly updates) for the following devices:

The A32 5G is promised a minimum of four years of quarterly updates (which could extend beyond that), and the Tab Active 3 also gets up to five years of updates, but all quarterly.

Software update windows are a hot topic these days, given how poorly most Android manufacturers support their devices. While Samsung leads the pack with the longest explicit software support window (four years guaranteed for recent devices), Apple just promised the iPhone 6S would get its new iOS 15 release — that's a six-year-old phone that's still getting major OS updates. In comparison, even Google, gatekeeper and maintainer of Android itself, promises a laughable (if not outright shameful) three years of updates for last year's Pixels. And that's ignoring how bad the situation is for other less-impactful OEMs that don't seem to care about updates barely at all. 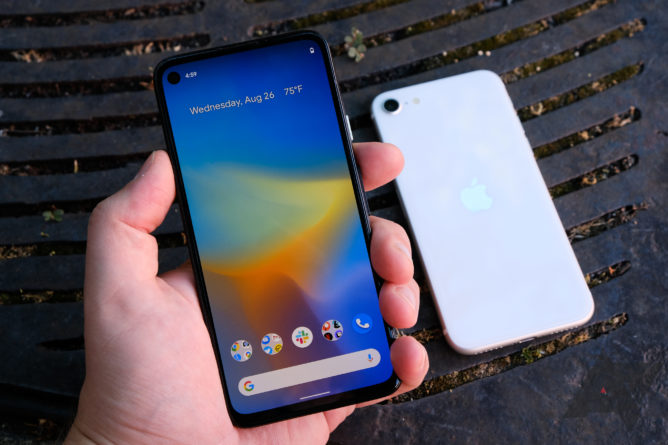 That Pixel is only guaranteed three years of updates. The iPhone next to it may get twice that.

This change to enterprise support windows doesn't affect general consumers directly, and the "up to" language used is explicit this isn't a guarantee — presumably, customers might have to pay more for it or meet other requirements. Still, it might have a trickle-down effect. If enough enterprise customers want that extended software support, and Samsung has to do the work either way, it could end up turning into updates for others as well — though, to be very clear, there is no guarantee of that.

Though this change potentially dates back months, we've reached out to Samsung for more information and details regarding the expanded support window for Enterprise Edition devices, and we'll let you know if we hear anything more about it.