It can feel a little overwhelming to begin flying drones when you're just getting started. Not only do you have to get registered and learn how to actually operate a drone, but you need to learn where you can legally fly. Fortunately, as the tired saying goes, there's an app for that — quite a few, in fact. Wing, a subsidiary of Alphabet (Google's parent company), actually built one such app called OpenSky, but it has been effectively limited to Australia since it launched. However, the app is lifting off from the land down under and making a landing in the US.

OpenSky joins a short list of apps like Aloft and the FFA's own B4UFLY that help drone pilots find areas where they're allowed to fly; or more importantly, where they're prohibited from flying, like airports and national landmarks. It also offers most of the other common features like making flight plans, logging data, and maintaining license information.

It can also go the extra mile by offering to partially automate the process of sending LAANC requests. This is the Low Altitude Authorization and Notification Capability, which grants drone pilots the permission to fly in controlled airspace surrounding airports (as long as you stay below 400 feet).

None of OpenSky's current features are particularly unique, but it sets itself apart in the way so many of Google's apps do: it's free. Many similar apps on the Play Store require a subscription fee to cover their costs; however, as Engadget notes, OpenSky collects a lot of data that will be useful to Wing as it moves beyond testing and expands to making deliveries in more areas of the US. It's also possible that data will contribute to other projects, like Google Maps or for personalizing ads.

OpenSky is now providing results to users in the US, so you can try it out if you're looking for something a little different than what you've been using — or at least start using an app to check the laws if you weren't already. Bear in mind, even these apps aren't entirely reliable, so it's still best to use common sense. 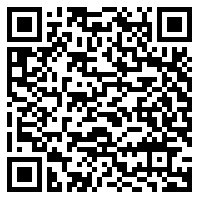 Your Pixel and Chromebook will soon work even better together