On June 17th, Google finally opened the doors to its first full-time official retail store. And while Google has hosted a few special-occasion popup stores and experience centers around the US to celebrate what the company's hardware and Pixels can do, it's never had a true store until now. Apple, on the other hand, is the largest tech company in the US (if not the world) with over 250 stores here alone. The obvious question then becomes: Who does stores better, Apple or Google?

In my two or so hours at the Google Store, one thing was very apparent: Google doesn't think its products speak for themselves. 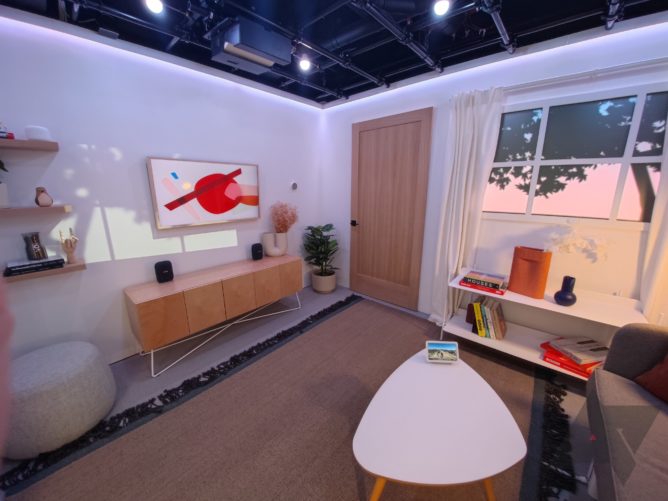 One thing was very apparent: Google doesn't think its products speak for themselves.

Walking around the store, there are sandboxes and banners everywhere trying to explain to you why you should get a Pixel. (For reference, a sandbox is a kind of product demonstration used to highlight features or functionality for developers or partners.) Lining the walls throughout the are graphics showing you all the different things that Google's hardware can do. Frankly, it's a little overwhelming. 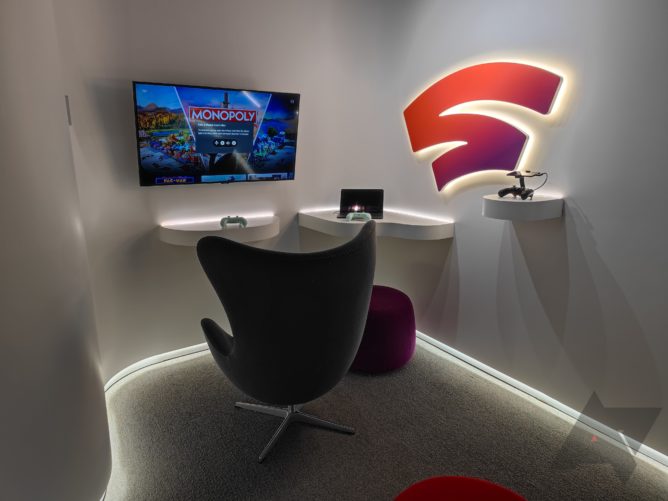 The aesthetic is minimalist, with lots of pastel colors that let everything just sort of blend in. The center of the store feels like a living room, with the support area on the left and products on the right. It feels like Google’s way of showing how its products fit into your home, and while this idea is great in concept, it also sets certain expectations for how products are supposed to fit into a home. I don't want to say it forces some sort of requirement on your vision or understanding, but I did find it quite hard to picture where a lot of the products might go in my house because of it. 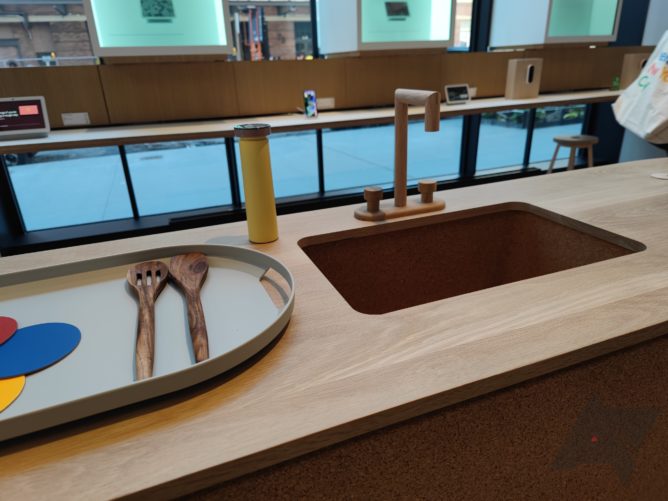 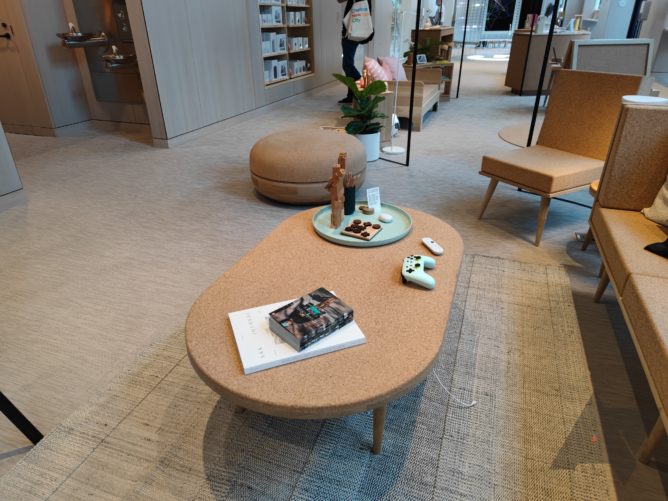 Google does, of course, have retail employees going around asking questions and helping you make purchases, but in my experience they didn’t seem especially knowledgeable. Checking out the Fitbit section — where they had exactly two Fitbits to look at, both of which were dead —an employee explained that they weren’t set up yet, but that he had one and would answer any questions for me. That was a great way to work around what was clearly a short-term problem, but for someone allegedly trying to explain their personal experience with a product, the demo itself felt very scripted.

As he was going through everything the watch could do, it felt like a marketing rundown of every single feature Google wants someone to talk about — understandable, yes, but not natural or really very appealing. He didn't really seem to give me his personal thoughts or any real intrinsic understanding of the product, just a rote repetition of a list of details I could look at the website for. You could chalk this up to the store having only just opened, but it wasn't the kind of organic conversation that might actually sell a product. 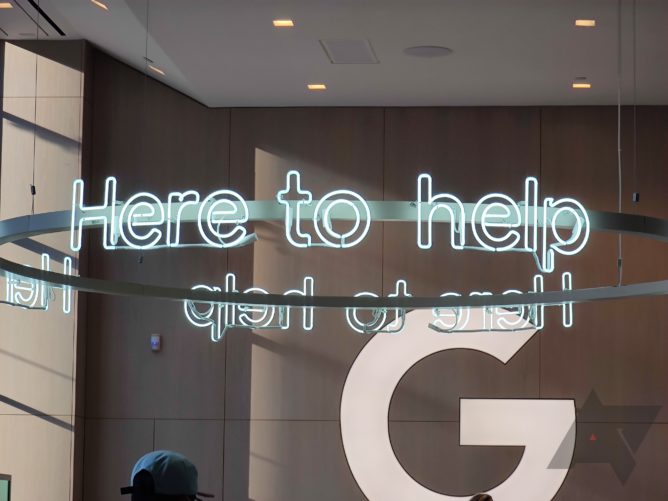 Outside of the retail sell-you-stuff experience, Google's store also offers a repair and support center. You can bring in a broken Pixel and Google will either repair or replace it right there, just like Apple's Genius Bar. Easy access to hardware support and repairs is great, but this is only in one place — in the entire world — while Apple has stores basically everywhere. The Google Store also has an area for training and events, just like Apple. And while it's good that Google adopted some of the better parts of Apple Store's customer support experience, even with a perfect implementation (which I can't test without broken stuff), it's going to fall short simply because it isn't in as many locations.

We've all been to one, but to remind you, Apple's retail locations are tables loaded with iPads, iPhones, Macs, and Apple Watches. There's no superfluous furniture, and you don't feel like you're in someone's living room, with one table per product line all organized symmetrically throughout the store. When you go there, no one tries to explain to you what Apple products can do for you or pitch you on buying them — not unless you ask outright. Its products are well known, self explanatory, and designed to be explored with a bit of hands-on time then and there. As much as the display units can be used for discovery, first and foremost they are examples of the actual things you can buy. It's super simple and sublimely commercial. 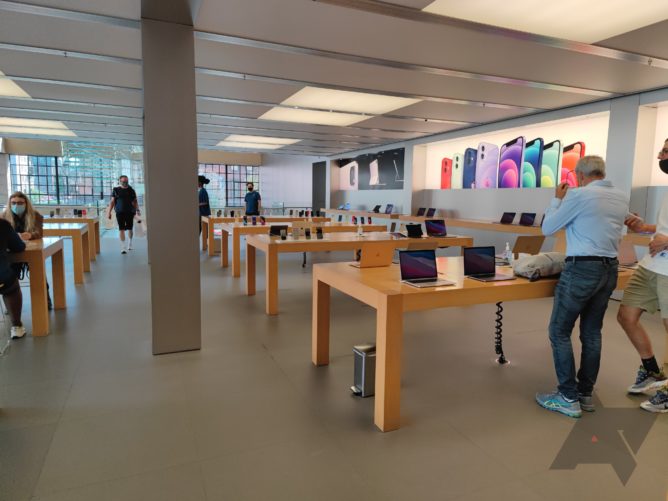 What Apple's approach does a great job at is allowing you to see its products as a blank canvas for whatever it is you want them to be. They don’t set expectations, or try to tell you how to use them, or explain how they fit into your life. Apple lets the products speak for themselves so you can figure out how they’ll fit into your life. They don’t show HomePod minis as a great speaker for the kitchen, or AirPods as workout earbuds, or explain the Apple Watch as a list of features; they just show you the product. You figure out the rest and how the products should work around you.

Apple stores are a lot more than just stores, though. One of the most useful and famous parts of any Apple store is the Genius Bar. Apple will generally offer same day support and repairs on most products they sell. If you break your iPhone, you can usually get it fixed that day, often within 2 hours of bringing it in. Apple also has classes showing you how to use specific products or features, for those who want them. Google's store at least tries to to mimic some of this experience, which is great. 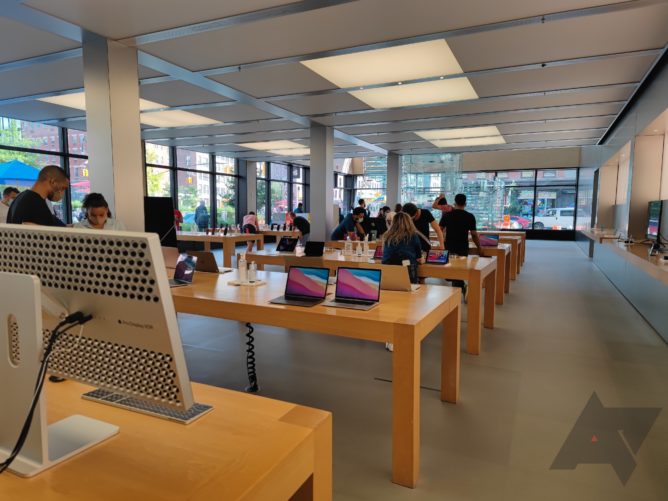 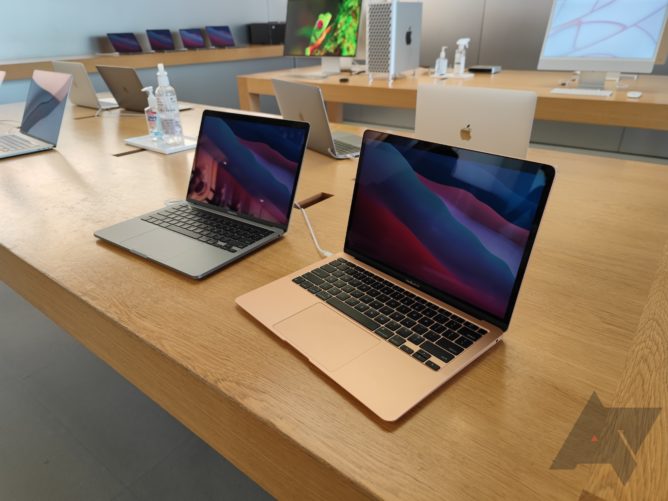 But ultimately, the Apple Store's ideology is simple: You know what you're here for. And if you don't, there's an employee on standby ready to walk you through it one-on-one in an interactive question-and-answer way. Apple doesn’t really give their employees a whole marketing spiel around each product, but they're highly knowledgeable: when you ask a question, they know the answer. Beyond that, Apple sales reps are also very honest. I've had conversations with them about preferences on Android phones and Windows computers and straight up had Apple employees tell me iPhones and Macs probably aren't for me — would a Google Store rep do the same?

It feels like Google is trying to justify its products existence rather than actually, actively sell them.

In a way, it's like Apple stores have an ego, outright assuming you're there to buy something. It's a store in the most strictly commercial sense. The Google Store, on the other hand, feels like a playground with a gift shop. The Google store might be more entertaining as an environment, but that doesn't make me want to buy a product by itself. If anything, it feels like Google is trying to justify its products existence rather than actually, actively sell them. And I'm not trying to be a critic here, I love most Google products, from Nest Audio to Pixel phones. But standing there in a store in the middle of Manhattan, as disembodied AI voices steadfastly repeated their various marketing points into an unrealistically neat and tidy facsimile of a living room, I didn't feel sold on much of anything. 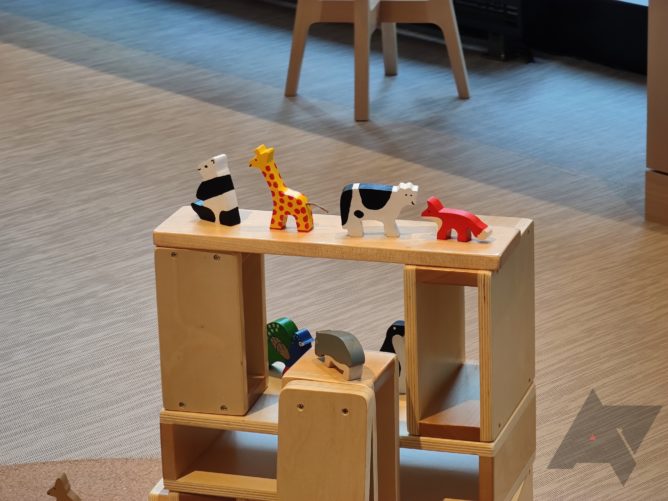 Google Home resurrects some of the features killed in Google Wifi