NieR Reincarnation is available on the Play Store for pre-registration

Our apologies for the long silence since the last update, but we'd like to share with you the development status regarding the English version of NieR Re[in]carnation.

The English version of NieR Re[in]carnation just popped up on the Play Store for pre-registration. At the beginning of the month, the current director Daichi Matsukawa released a statement on Twitter that made it clear the game's English localization was complete and that Square Enix was preparing for an upcoming pre-registration phase. Well, that phase begins today, and so everyone is free to pre-register to receive a release announcement when the game is officially launched in the West, whatever day that may be. Pre-registering will also earn you a chance to be randomly selected to test the game during an upcoming closed beta test, and the more people that pre-register, the more gems players will receive whenever the game is officially launched. 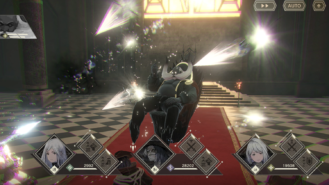 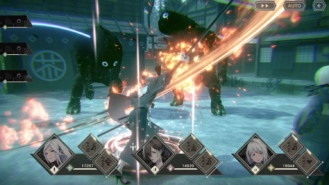 So now that NieR Re[in]carnation is listed on the Play Store, we have a few screenshots to share along with some interesting tidbits found in the game's description. It's described as a command-action RPG (whatever that means), and it will include an auto-battle mode (with the toggle visible in the screenshots above), which doesn't sound very promising as far as mobile RPGs go. So here's hoping the story is good because yet another auto RPG doesn't sound very enticing. Of course, if you'd like to check out the new Play Store listing for yourself, you can jump to the page through the Play Store widget at the bottom of the page, which is also where you can pre-register.

The closed beta test has begun. Enjoy the world of NieR Re[in]carnation!

While it was unknown exactly when the closed beta for NieR Re[in]carnation would roll out, it would appear that today is the day. A recent Twitter announcement has disclosed that the closed beta test has begun, so some players should have access to the game starting today. This closed beta will run from today to June 1st, so you have less than a week to take it for a spin if you happened to get into the beta.

A word of warning, this beta version of the game could run into problems if you leave it installed once the game is officially released. So the What's New section on the Play Store specifically recommends that all players delete the closed beta once they are done with it since issues could crop up later. Also, those playing the Japanese version will not be able to transfer their data to the English beta, though it remains to be seen if this will be possible once the full English version is officially released.

Of course, if you didn't get into the beta, you can still pre-register to receive a release announcement and possibly earn a few in-game rewards. So feel free to pre-register through the Play Store widget at the bottom of the page.

NieR Reincarnation finally has a release date in the US

Last month I took the closed beta for NieR Re[in]carnation for a spin and came away impressed with the design and story. It would seem Square is aiming to create something a little deeper than most of its free-to-play mobile titles. Sure, Re[in]carnation is indeed a gacha RPG, and battles rarely require skill, but the story is worth exploring, and there's no arguing the art and music are both phenomenal. 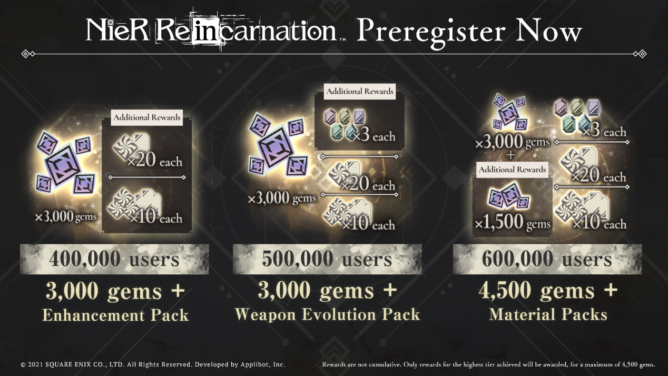 Up until today, we still didn't know when the English version of this game would land in the US, but Square has just announced that NieR Re[in]carnation is slated for release in North America, Europe, and Korea on July 28th for both Android and iOS devices. The game has already amassed over 400K pre-registrations, and if you've yet to do so, you can pre-reg through the Play Store widget below to earn a few rewards on release day.

The Pixel Stand is half off again, so you might as well get one