We've all been there, frantically downloading media just before the signal cuts off, you get out of Wi-Fi range, or the plane starts taxiing out from the gate. And it's a bummer if your download doesn't finish in time. Thankfully, if it's a Netflix download that gets interrupted, now you'll still be able to watch at least part of it next time that happens.

In case you're somehow unfamiliar with the idea, Netflix actually lets you download some content for offline viewing, with features like Smart Downloads and Downloads For You to even recommend content you might like. There are restrictions — some titles can only be downloaded a limited number of times, you can't stay offline forever and cancel your subscription, etc. — but it's handy if you've got a long trip planned and you either don't want to burn through mobile data or can't rely on a cellular connection/Wi-Fi. 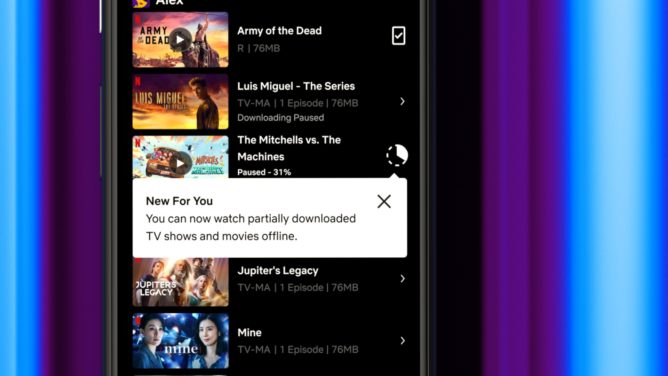 Today Netflix has just announced that partially downloaded media from the streaming service can still be watched. You don't need the whole thing to watch; you just may not be able to watch the whole thing.

Partial download support is available now on Android devices, and testing for iOS is planned "in the coming months."

There are now 4 billion smartphones on Earth (only 3.9 billion with cracked screens)